‘We are all artists; I want to blur boundaries’: Janaki Easwar on journey with ‘The Voice’

Janaki is the youngest contestant in the history of 'The Voice'. 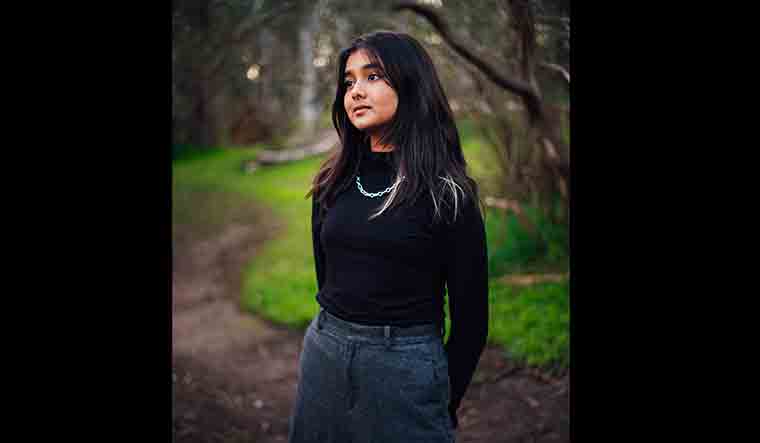 When 12-year-old Janaki Easwar sang on the stage of Australian music reality show 'The Voice', she not only floored the four celebrity judges, but captured hearts in India, too.  Janaki’s rendition of American singer Billie Eilish’s ‘Lovely’ got a four-chair turn from the judges—Australian artists Keith Urban, Jess Mauboy, Guy Sebastian and British singer Rita Ora. The video of her performance went viral, and has earned her a loyal social media following too.

The icing on the cake was her touching rendition of a piece of Carnatic music, when one of the judges asked her if she could sing something Indian. It was a moment of pride for her parents Divya and Anoop who hail from Kozhikode in Kerala.

Born and raised in Melbourne, Janaki is the youngest contestant in the history of The Voice. She has made her way into the top 20 contestants of the show. Janaki speaks to THE WEEK about her journey with the show, her love for music and what it means to be an Indian-origin contestant.

How has the journey been with The Voice? Is this your first reality show experience?

I have been performing on the stage since I was eight but this is my first reality show, or a TV show of such magnitude. There were several preliminary rounds leading into the show. We started the process in late 2020. Demos were sent, there were Zoom sessions, in-person singing session, etc before finally being shortlisted as one among hundred artists to appear for the blind auditions.

Let’s talk about your rendition of a Billie Eilish song. How challenging was it?

Billie Eilish is someone I have huge respect for. She has shown the world what one can do with one's passion irrespective of one's age. About the song ‘Lovely’, the way two stylistically different artists came together to create an exceptional track captured my attention in the first listen and I loved the harmonies they created for 'Lovely'. I have tried to add my own elements and tried to give a different dimension to the song.

The song tests your vocal range too, so it was a good choice I believe.

Did you expect that response from the judges?

I went on the stage hoping to give my best shot not really worrying about the end results. My parents had told me that standing on that platform at the age of 12, as the youngest artist ever itself is a win. But when I entered the stage, the whole atmosphere made me very nervous to be honest. I showed my nerves when I started my song, but as soon as Rita turned, I was a bit relieved. Soon all four coaches turned, and I was literally overwhelmed. I did not expect that kind of response from the coaches and audience. Looking at my Indian background, Guy asked if I could sing an Indian song. My rendition of a Carnatic music piece was received with bigger applause which made my parents very emotional.

What does it mean for you, being the only Indian contestant on the show? Does it add to the pressure?

I am a second-generation Australian Indian. All three of us are Australian citizens, so technically I am not an Indian contestant on the show, but being the youngest artist on the show comes with its own additional pressure as I must prove I belong here. I only realised the significance of what I did after I started receiving messages from not just Indian but from south east Asian community living in Australia, that I have done something that thousands of them wanted to do, to uphold the tradition with proud on a global platform. I am glad I could give them a reason to be happy about but ultimately, we are all artists and I want to blur all these boundaries.

My parents introduced me to instrumental music first. I started with violin when I was five. Then when I started to sing around the house, as migrants from India who have a deep passion for music, they sent me to learn Carnatic music. My focus changed when I was eight, when I developed an interest in western music (even though we don’t call it western here). I started training under David Jaanz of ‘Jaanz international music academy” from the age of nine and David is the main reason why I am on ‘The Voice’ at such a young age. He believed in me, and he said I am ready for the stage.

I am still learning Carnatic music from Kalakruthi school of music and everything that I am learning is helping me mould as a better musician. I have started song writing recently and have released my debut single ‘clown’ which is available on all platforms. My guitar teacher Santhosh Chandran has helped me immensely to improve my skills which helps me with my song writing.

Is there a particular genre or artists who influence you more?

I don’t restrict myself to a particular genre. I listened to everything from pop to jazz to R&B to K-Pop. I absolutely love singers like Tori Kelly, Yebba and Eva Cassidy and I have my favourite Korean R&B artists who I think are doing exceptionally well. I listen to a Japanese music duo called Lamb and there are many more that I am influenced by. Growing up I listened to a lot of Malayalam, Hindi and Tamil songs and I still enjoy singing them.

Even before you started performing, what grabbed eyeballs was your Kerala-themed attire. Who designed it for you?

My mum loves to try fusion attire on me. As NRI Malayalees Onam celebrations are big for us, even though we can’t celebrate Onam this year due to Covid restrictions, my mum came up with this idea of blending ‘kasavu shawl with a black top and a skirt made from set-mundu. Our friend’s mum helped us with stitching.

What are your other interests and projects? Please share about your song-writing initiatives.

I started serious song writing in April 2020, when we went into a 4-month long lockdown. I used to scribble even before that, but for the last year and a half I have been writing songs, composing on my guitar, and recording demos on either my home studio or my mobile. I got connected with Alan Joy from Kerala and he did the music production on my debut single ‘Clown’. After my blind audition was aired, I have received a lot of emails and messages about artist collaborations, I will wait for the show to end before finalising on those projects.

How has the pandemic affected you and your work?

While the pandemic has been a drawback to people across the world especially performing artists, as they have been deprived off the only source of income, I used the time to improve my skills on song writing, doing a lot of online sessions and workshops and basically to build my social media presence on YouTube, Instagram, and all other online streaming platforms. I got my Spotify account and YouTube channel verified officially as artist channels.