Conan has long enjoyed a younger, more-online audience than his peers 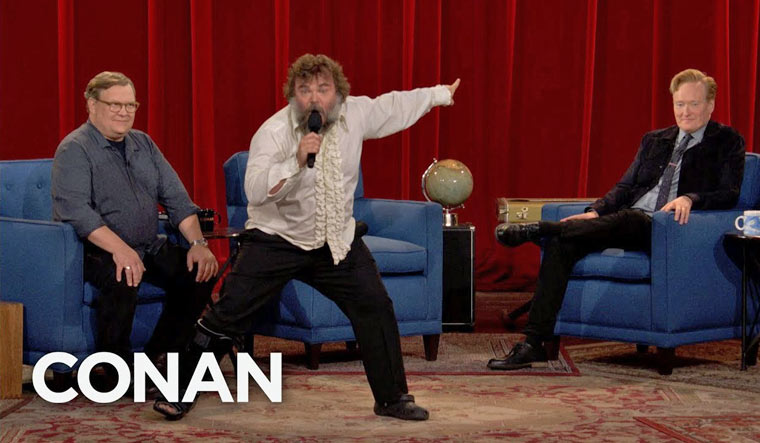 In pursuit of happiness, late-night talk show host Conan O’Brien last week signed off from his eponymous show. From the Late Night With Conan O'Brien (1993-2009) to the Tonight Show (2009-10) and then Conan (2010-2021), his 28-year-spree on television is the longest in the format after Johnny Carson’s three-decade-run.

Conan’s first episode on The Late Night aired September 13, 1993, and opened with a sequence where the tall, gangly, carrot-haired Irish Catholic saunters through New York for his first day on the job, which he was to take over from Letterman. His NBC debut came as talk-show legends passed their batons to hungry successors: Jay Leno took over The Tonight Show from Carson, prompting Letterman (fuming that the prime-time show wasn’t his to host) to leave NBC. Conan, a former writer for The Simpsons and Saturday Night Live had to face the cameras in the wake of giants.

In the opening bit, flower vendors, children playing hopscotch and a newspaper’s front page all echoed one demand—“CONAN BETTER BE GOOD”. Shrugging off the pressure to replace Letterman, Conan strode into the NBC dressing room—and then prepared to hang himself. The ease with which he could laugh at his own shortcomings would become a staple of the next few decades of his self-deprecating, absurdist and evolving comedy.

“David Letterman wanted to be Johnny Carson and was not, and as a result, my generation of comedians wanted to be David Letterman. And none of us are—my peers and I have all missed that mark in a thousand different ways. But the point is this: It is our failure to become our perceived ideal that ultimately defines us and makes us unique. It is not easy, but if you accept your misfortune and handle it right, your perceived failure can be a catalyst for profound re-invention.” - Conan O’ Brien, at a 2011 valedictory address at Dartmouth College

Conan’s misfortune and subsequent reinvention came in 2010 when he was bumped off The Tonight Show—which he called the “Holy Grail” of television—in favour of Leno just seven months after taking over. Barred from appearing on TV for eight months as part of his walk-away agreement, Conan launched the “Legally Prohibited from Being Funny on Television Tour”. The 30-city tour—a variety act starring Conan and his entourage of quirky performers—helped make #TeamCoco a viral hashtag. Conan familiarised himself with social media and took the plunge to Twitter where his bio reads, “The voice of the people. Sorry, people.”

Conan thrived online with a variety of shows split across both TV and the internet: In “Clueless Gamer”, he played popular video games with celebrities like top YouTuber PewDiePie, to the delight of millennial and Gen-Zer audiences. In “Conan Without Borders” he travels the world. In the studio, he filmed his own awkward and hilarious encounters with his staff. While Leno and Letterman could have US presidents as guests, Conan’s guests were often chosen for their rapport and sense of humour; his best guest was arguably bread expert Steven Kaplan, whose passion for both bread, sexual puns and comic timing remains unmatched.

Speculative celebrity net worth websites still place Conan far below Leno and Lettermen—according to a 2017 CNBC report, he earned about $12 million a year while hosting Conan (Leno earned $30 million a year on The Tonight Show). But, for younger audiences, Conan remains the talk-show host of choice.

As Conan prepares for a new show on HBO Max, he once again trails in Letterman’s wake—who launched My Next Guest Needs No Introduction on Netflix in 2018 with Obama as his first guest. As Conan re-enters the variety show format, he need not pull out big guests to succeed (though he has already had Obama on his podcast, Conan Needs a Friend). Being himself has always seemed to work for the six-foot-four comedian.