How to entomb history in Time Capsules

On Jan 26, Aligarh Muslim University will bury a time capsule 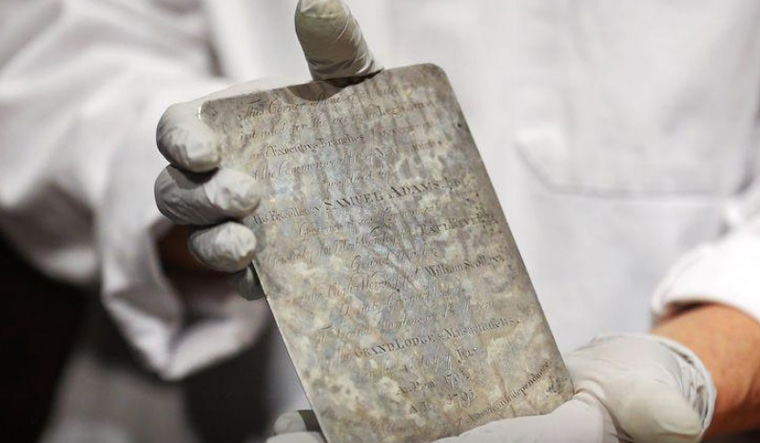 This isn't a one of its kind event. Last year, there were conflicting reports of a 'kaal patra', or time capsule, being prepared to be sunk 200 feet into the ground at the Ram Temple construction site, so that "the reality about Ayodhya and Ram is preserved for the next thousands of years".

One of the most controversial time capsules in India pertains to the time of former prime minister Indira Gandhi when she entombed a copper capsule in 1973 to celebrate 25 years of Independent India. It was also called 'Kalpaatra' and Indian Council of Historical Research (ICHR) was allotted the task of preparing the manuscripts and documents which would go into the container. While a 1,000-year timeline was set for unearthing this time capsule, it was disentombed in 1977 itself when the Janata Party came to power. The exact details of the written texts inside the capsule are still unknown.

There are time capsules buried near the auditorium of IIT Kanpur and another one at Mahatma Mandir in Gandhinagar on 50 years of Gujarat's history since its foundation.

What is a time capsule and why is it considered an important tool of communication with future generations? A major event or the establishment of an important new edifice occasions the creation of a time capsule. The word itself was coined in 1937 in the run up to the 1939 New York's World Fair where an an 800-pound tube of copper and chromium was hauled down 50 feet into the ground. It has 35 regular household items from 20th century America as historical records of a civilization, including copies of Life Magazine and Camel cigarettes; it cannot be resurrected until the year 6939, that is 5,000 years from the year of burial.

There are tutorials and guidelines online on ways to preserve the contents of a capsule, from using aluminum or stainless steel housing to ensuring there is no water infiltration, colour transfer or acid migration; or how to use acid-free paper to separate black and white photographs from leather. This box containing pieces of the past and present are meant to educate and enlighten the custodians of a distant future.

Time capsules are unintentional too, like the Roman city of Pompeii buried under mounds of volcanic ash. But here we are more concerned with intentional time capsules which are often criticized for harbouring not-so-useful objects and can be subject to self-regarding, one-dimensional historical portraits. Added to this are preservation woes like groundwater percolation and paper disintegration. Drawing a distinction between accidental and planned capsules as representative of a period in time, a 2015 article in The Atlantic succinctly illustrates how the wreckage of the Titanic under the sea of the Chernobyl exclusion zone have more historical objectivity. "Because disasters come about with little or no warning, people have no opportunity to muck up the reality of their daily living through selectivity, distortion, and suppression. Catastrophe best reveals who we are," says the piece titled 'The Paradox of Time Capsules'.

Some of the more interesting, contemporary time capsule projects include the Future Library art project which will have an original work by a famous writer every year from 2014 to 2114. The books will be held by a trust and remain unread and unpublished until 2114 and trees planted in a forest near Oslo specifically for the project will be used to publish limited-edition anthologies of these unread manuscripts in 2114. It has been dubbed the world's most secretive library and the first writer to contribute was Margaret Atwood. Or take the Arctic World Archive, as another instance. It is meant for data preservation in the Svalbard archipelago, as an insurance against natural and man-made disasters. It aims to save world's digital materials, including music and art, in "resilient long-term storage technology" in "remote, safe and cold conditions" between Norway and the North Pole. Just like the Global Seed Vault for crop samples. Recently, an Indian company called Sapio Analytics claimed to have sent high-resolution images of Ajanta Caves to the Arctic World Archives; the images were copied onto a 35mm photosensitive film which has a shelf life of 1,000 years.