How 'ghungroos' from UP are making themselves heard worldwide 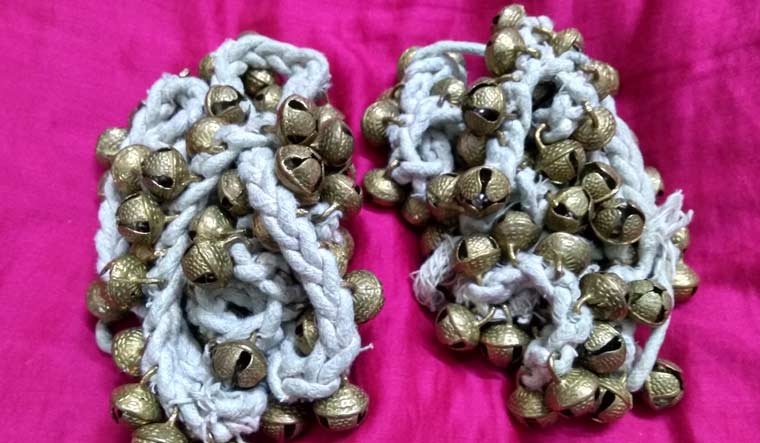 It will be music to your ears, if you are from Etah in Uttar Pradesh. Ghungroos (musical anklets) from the district are finding buyers in South Africa, South East Asia and the Middle East.

As per figures released by the state government, the annual average trade of ghungroos in India and abroad has crossed Rs 100 crore. The industry provides employment to more than 10,000 people.

Ghungroos are Etah’s product under the state government’s One District One Product (ODOP) scheme—a plan that promotes indigenous and specialised products and crafts of the state. In Etah, ghungroos and brass bells have been traditionally produced in the town of Jalesar, which was the capital of the Magadha empire. The materials that go into making ghungroos—mud, white powder and brass—are available in abundance in the area.

A government release noted that loans of Rs 350 crore had been provided to the industry and 1,000 youth trained in the art thus far.

The number of ghungroos that a dancer wears is determined by the form of dance being practised. Thus kathak, the most prominent north Indian dance form marked by extensive foot movements, uses more bells than bharatanatyam—said to be the oldest Indian classical dance form, and which relies more on hand, eye and facial gestures.

Trivedi, who holds the equivalent of a Masters degree in the dance form and has trained under Saroja Vaidyanathan, procures her ghungroos from Chennai as the kind used in bharatanatyam (stitched on to leather or cloth pads) are not available in Lucknow.

Kathak dancers buy loose ghungroos that are then strung through a strong thread. The number of ghungroos used by a kathak dancer rises with the level of expertise attained.

Navneet Sehgal, additional chief secretary (ACS), MSME and Export Promotion, said, “We have been working towards reviving the industry and providing a platform to dying arts under the ODOP scheme. The government has carved out a plan to promote, preserve and develop lesser known but exclusive products of each district on a global platform”.

Despite the economic slowdown caused by COVID-19, government efforts have seen the ghungroo and bell trade increase by 15-20 per cent in the past few months.

There has been an increase in demand from Singapore, Malaysia, Cambodia, Saudi Arabia, Jordan, UAE and Iraq, among other countries in the recent months.