‘Covering other humanitarian stories helped me process the trauma of J&K, my homeland’ 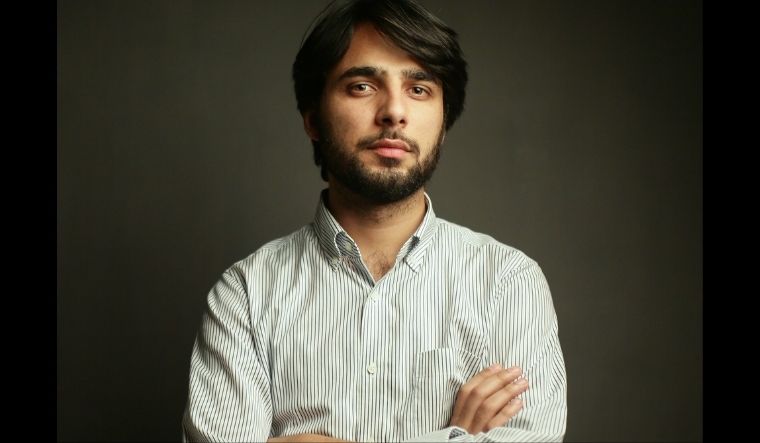 Ahmer Khan is an award-winning, multimedia journalist from Kashmir. He was nominated for the Emmys 2020 for the Vice News film, India Burning, which focused on the plight of the 200 million Muslims in the country after the rise of Hindu nationalism. Khan is also the recipient of numerous awards, including the Lorenzo Natali Media Prize by European Commission 2018, AFP Kate Webb Prize 2019, and the Human Rights Press Award 2020. He is also among the finalists for the Rory Peck Award 2020. He has contributed to major international publications such as The New York Times, The Guardian, TIME, SHOWTIME, Al-Jazeera, Radio France International, Amnesty International, The Christian Science Monitor and Vice News, among others. Khan talks to THE WEEK about his career and what it is to be a journalist in Kashmir. Edited excerpts:

How did you turn to journalism?

I was always passionate about storytelling. Since Kashmir is full of stories and each one of us has stories of struggle and survival, it is intricate and hence, natural to desire to become a storyteller.

Which was your first job as a freelance visual journalist?

One of my pictures got published in a Spanish magazine back in 2012 and later, my work on Kashmir floods was published in AlJazeera.

Was it the camera or telling stories through visuals that you were attracted to?

Well, it was a little bit of both. Kashmir and photography are directly proportional to each other. First, I used to click pictures with a Sony Ericson handset. But I always knew what I was going to do in future. So I studied journalism and worked simultaneously.

What exactly did your work consist of in 'India Burning'?

I was a local producer of the film and I shot some parts of the film as well. My responsibility was to take care of everything in Assam. From set-up to the execution.

How did you establish your name in the industry?

I think I chose to report outside Kashmir from the beginning. I didn’t restrict myself to Kashmir or even India. I have reported from Nepal, Sri Lanka, Bangladesh and Afghanistan. That is something not everyone does.

Has living amidst the conflict in Kashmir, in any way, affected you as a person and as a journalist?

Our home is a dystopian state. We all have had encounters affecting our lives forever. My father passed away when I was 10 years old. I think every job/assignment in Kashmir is scary. The fear of uncertainty is always there.

You deal with more humanitarian stories, you are always in the middle of conflict and turbulence, you report on natural disasters and political disruptions. What is it that drives you to this beat?

It all comes from the basic human tendency of wanting to explore more of what you have grown up seeing. I grew up in the '90s in Kashmir when the turmoil was at its peak and then I witnessed the uprising from 2008, 2010 and the following years. I, like any other Kashmiri, witnessed young Kashmiris being killed, tortured and extreme human rights violations on the streets. It is too much to handle and process, but when one looks at the other side of the world, we see pain everywhere and start being grateful for what we have. I think for me, covering other humanitarian stories helped me process the daily trauma of my own homeland.

How is covering stories in Kashmir different from other places in India?

In Kashmir, everything is way too personal. At times, we have to cover the stories while looking at the dead bodies of our own people. It is hard to keep aside your human side. But covering other human rights stories elsewhere and in mainland India, including Assam and Delhi has surely strengthened me more. Although, in Kashmir, it is getting extremely difficult to work freely as days pass. There is a constant fear of being muzzled for telling the truth. And, I think it’s happening across the South Asian countries.

You deal with a lot of life-threatening situations, you have also been harassed by the authorities. How does that make you feel?

Most people in the media in Kashmir have faced harassment and intimidation by the state. We have recently seen journalists being booked in stringent terror laws. We are living through one of the most dangerous periods of all times for the Kashmiri press to work. It is natural to feel worried. There is a continuous fear of life for all of us.

When you find yourself covering stories from a risky place, how do you know where to draw the line—whether to back off or to keep at it?

It is about instincts. I think everyone decides on the spot.

You identify yourself as a multimedia journalist. How is covering a story through writing, photography and videography different?

I am quintessentially a photographer and videographer. I started writing because I know the media nowadays is shrinking into one multimedia space. One skill isn’t enough. So the work adds. When you go to cover the story, you have to shoot, take quotes, video interviews and also make sure that you have got all aspects of the story in terms of text, video and photos. It is hard work but satisfactory in many ways. I also do radio stories. In fact, my Lorenzo Natali Media award was for my first radio story for Radio France International. Being a freelance journalist, you have to keep up with the demands of editors as there is a lot of uncertainty.

What do you have to say about the mainstream journalism that is turning blasphemous?

What they are doing is not journalism. It is dangerous and authoritarian. If a journalist does not report about the oppressed, undermined or underprivileged, he or she is just doing PR.

Any advice to the upcoming freelance and independent journalists who are trying to find their own niche and make a difference?

Freelancing is risky. It works sometimes, but sometimes, it does not. But the most important thing is to continue doing what your heart says. Failure and success—both are bound to happen. Be honest with your work. Report the truth. Do journalism, not PR.

What are you currently working on? What plans do you have for the future?

I am not doing anything currently. I think we all need a break sometimes. The plan is to continue telling stories from south Asia.