Demand for Indian classical dance and music classes has grown in Tokyo, Bangkok 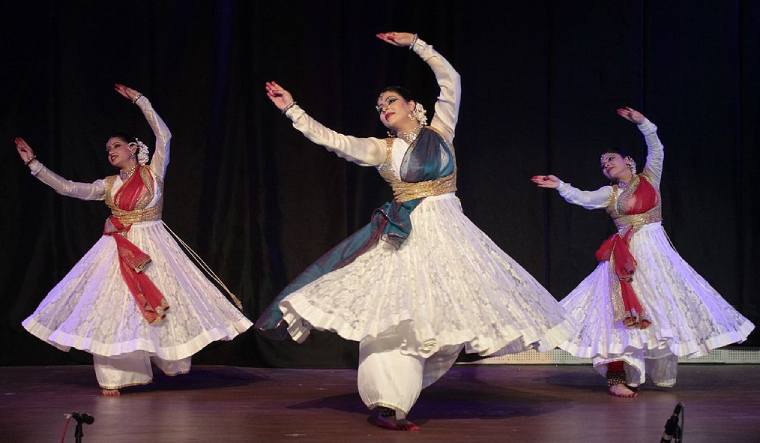 “Had Video-Conf interactions with students and teachers at SVCC, Tokyo; and Bangkok run by ICCR_Delhi! Demand for opportunities to learn Indian classical dances and music is growing everywhere and Sanskrit and Hindi classes too getting remarkable response!’’ tweeted Indian Council for Cultural Relations (ICCR) president Vinay Shasrabuddhe.

April 9, marks 70 years of the foundation of ICCR. While the celebrations have been postponed for a year, ICCR has tried to commemorate the day, in keeping with the times of COVID-19, virtually. “When the world recognises the power of soft power. The role of the ICCR has become all the more critical,” said Shasrabuddhe in his video message.

There has been a thrust by the BJP government to increase India’s soft power internationally. The appointment of best-selling writer Amish Tripathi at the Nehru Centre in London is part of this major rejig. While India has reached out through its culture—especially through dance and music—there has been a feeling that to be a world leader, India has to do much more. Post the success of Yoga Day—a pet project of Prime Minister Narendra Modi, which has become now a staple in the calendar of each mission—there is a need to do more.

In an attempt to use the lockdown period to continue its work, ICCR has set up web sessions to take classes to the students. So, Swami Vivekanada Cultural Centre in Columbo has started online yoga classes via video conferencing so that it helps people keep mentally fit. Going beyond just yoga and the classics, ICCR will also conduct e-tutorials in Hindi and Sanskrit. There are also online classes for those who like to cook, as well as Surya Namaskar classes. For those who want to learn tabla in Jakarta, ICCR is finding a way to reach out too.

“We are working with a ‘show must go on’ spirit,” said Shasrabuddhe according to a press release issued by the ICCR. “A Global Art Competition has on the theme of facing the challenge of COVID-19 unitedly has already been announced and through and through many such programmes, we will rise to the occasion.”

Asking artists—professional, aspiring and even children—to express their feelings through painting, ICCR wants to connect people around the world. The competition “Art in the Times of Corona: United against Corona Express Through Art” was launched earlier this month. It encourages people to create art, whether it is on canvas, or digital and send it. Open to Indians and foreign artists, all anyone has to do is to send a photograph. More details are on the ICCR website. The chosen pieces of art will be displayed in a grand exhibition in the Capital.

In an attempt to get the ICCR family—which includes students and alumni—part of the goodwill the organisation has generated over the years, there is an essay writing competition, with the winner of the best essay receiving prizes. Titled ‘My Personality Growth, My Experience’, the competition is a chance to say thank you in 4,000 words.