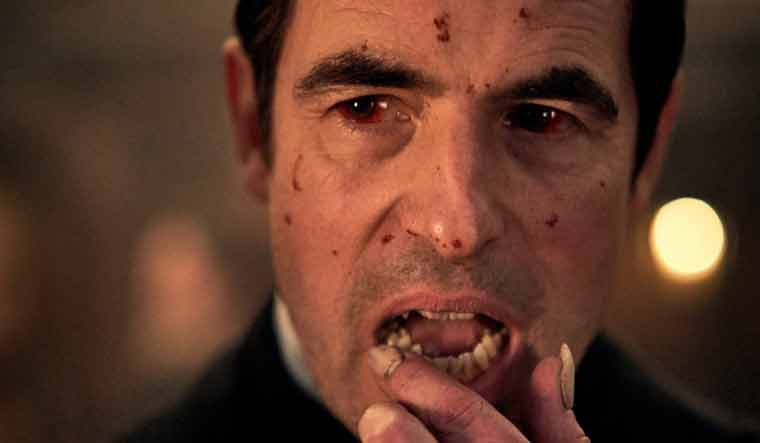 British screenwriters Steven Moffat and Mark Gatiss are dipping their toes in the waters of late-Victorian fiction again. Following the success of their take on the most famous of all detectives, Sherlock Holmes, the pair have turned their sights on the most famous of vampires: Dracula. A new series based on the novel and co-produced by the BBC and Netflix will reportedly hit screens early in 2020.

Like those of Holmes, this will hardly be the first adaptation of Dracula (1897). Bram Stoker’s novel is 122 years old, and the character has appeared on screen nearly 350 times. This might leave us to wonder: what new ground could they possibly cover?

Yet, each incarnation of Dracula offers a new story and a new vampire, no matter how closely the script follows the novel. Unlike Sherlock Holmes, Moffat and Gatiss won’t be using a modern setting for Dracula, but there is no doubt that his story will be modernised. He will be transformed to suit the interests and needs of a 21st-century audience.

Gothic fiction has always had the power to both respond to and transcend its own historical moment. Dracula can be said to be “about” a number of very specific social contexts of the mid-1890s – such as the political turmoil in the Transylvania region which followed the 1877 Russo-Turkish war. Yet, year after year people read and enjoy Dracula who have never heard of these political events.

This is because displacement is at the heart of Gothic literature’s cathartic function. Gothic fiction projects contemporary anxieties (the church, new science, the crumbling empire) onto supernatural monsters, allowing for a safe exploration of social and political fears. They are given embodied form – a villain that can be confronted, fought, and killed.

This displacement also allows Gothic works longevity past their own historical moment. Because these monsters are distanced from the actual source of anxiety that may have inspired them, they can be reinterpreted by subsequent generations to represent any number of anxieties.

And Dracula is uniquely well suited to reinterpretation. Unlike other eponymous Gothic villains of the 19th century (Frankenstein’s Creature, Dr Jekyll, Dorian Gray), Dracula does not narrate any portion of his own story. The epistolary novel presents us with diary entries, newspaper clippings, and ship’s logs, which give us insight into the thoughts of everyone except for the titular vampire. We know his movements, but never his motives. It is this inscrutability that has allowed filmmakers to reshape and redefine Dracula since the first unlicensed adaptation of the novel in 1922 (Nosferatu).

Bela Lugosi (Dracula, 1931) transformed the unattractive Count into a suave and handsome aristocrat, who all the women find “fascinating”.

By contrast, the years between Lugosi and Oldman were dominated by Hammer Horror’s Dracula, portrayed by Christopher Lee across six films. Violent, animalistic and practically non-verbal – the Count does not speak at all in Dracula Prince of Darkness (1966) – Lee’s Dracula is far from a hero. Instead he seems to represent the threat of Eastern powers during the Cold War era.

Each generation’s interpretation of Dracula reflects its own political climate. Second-wave feminists in the 1970s saw the novel as a misogynistic rape fantasy that punished women for their sexual liberation (an interpretation that quickly lead to sexploitation films like Vampyros Lesbos, 1971, and Vampire Hookers, 1978). Queer theorists responded to the climate of LGBT activism and the AIDS crisis in the 1980s by reading suppressed homosexuality into the novel (primarily between Jonathan Harker and Dracula, but sometimes also Mina and Lucy).

Post-colonial scholars shifted their focus from sex to race, and suggested that the novel reflects similar concerns to those they saw in the wake of increased immigration in the 1990s: fears of mass migration and anxieties about rapidly multiplying numbers of foreigners. This interpretation lingers into 2014’s Dracula Untold, which has been called “Dracula for the ISIS age”.

The dizzying pace of technological change at the millennium led scholars of this period to read the novel through its technology, as telegraphs, phonographs, and typewriters form the principal “weapons” mobilised against Dracula. These concerns are apparent in films such as Dracula 3000 (2004), which sends the vampire to space.

So what will Dracula mean to us (or at least to Moffat and Gatiss) in 2020? Maybe a combination of all the above – the anxieties that scholars have traced in the novel still remain at the fore of our political landscape. Attempts are still made to police women’s bodily autonomy, evidenced by a political campaign against the decriminalisation of abortion in Northern Ireland in 2019.

Other familiar themes are resurfacing – “immigration panic” in the West in the wake of Brexit and the rise of US president, Donald Trump – whose base obsesses over alt-right claims of “white genocide”. We’re bothered by technology, too, which is increasingly seen as out of control, finding endless new ways to invade our privacy. A new Dracula has the potential to engage with all of these contemporary anxieties.

The teaser trailer from Gatiss and Moffat hasn’t told us much. Reminiscent of Bryan Fuller’s Hannibal, but less stylised and more gruesome, it seems we can expect a show that doesn’t flinch from violence. “It’s really hard” to drag a shadowy villain into the spotlight of the hero, Moffat and Gatiss admitted. It will be interesting to see if they succeed.