Rashmi Trivedi’s poems are often been circulated, uncredited, on WhatsApp 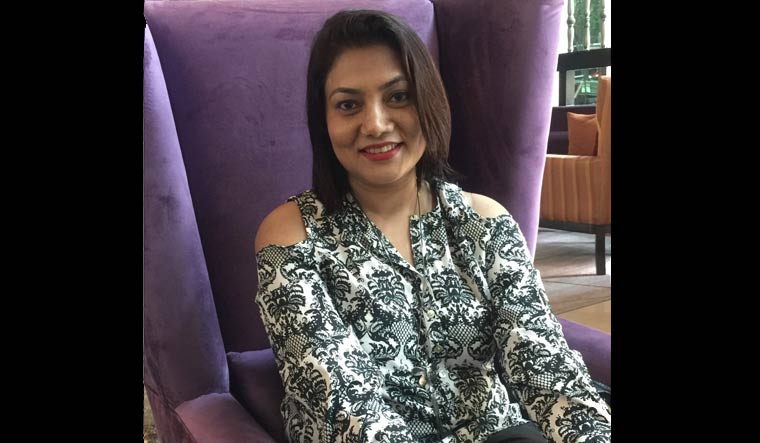 Rashmi Trivedi, author of the poem 'My dying conscience'

Sometimes in the dark of the night

I visit my conscience

To see if it is still breathing

For its dying a slow death

You might have seen a poem beginning with this verse being circulated on social media, usually with the headline ‘Lovely poem by Ram Jethmalani, who died at 95’.

The poem, about the everyday acts of wilful indifference that define middle class life in India, touched a chord with many. That, plus the perception that it was written by Jethmalani—a man who has seen through the entirety of independent India and its many transformations since 1947—made it swiftly go viral across social media.

But, the poem was not penned by Jethmalani, but by Delhi-based author Rashmi Trivedi. Trivedi says this is not the first time her work has been plagiarised on social media. Speaking to THE WEEK, here is what she had to say about the matter.

A poem of yours, ‘My Dying Conscience’, has gone viral after being falsely attributed to Ram Jeth Malani. What was your reaction when this happened?

A friend pointed it out to me that my poem was being circulated as Ram Jethmalani's. Honestly, I was amused! Mainly because by now I am used to my poems being circulated in social media mostly without any credits or under other people's names and also because I knew that Mr Jethmalani couldn't have done this. Some smart Alec would have got this idea of attributing a poem which talks about a dying conscience to a famous lawyer!

You’ve mentioned that many of your poems are often circulated on WhatsApp. Why do you think this is so?

Whenever a poem or a write up is forwarded in social media, it's because people have liked it. Abstract and complex poems do not become viral. Only what people can relate to, is shared and forwarded. My poems often resonate with people because I write about their thoughts and emotions. The most common compliment that I get for my work is “it felt as if it was written about me”.

How do you feel authors can get credit for the work that they do?

I published my poetry collection, Handful of sunshine, pocketful of rain, thinking that it will give me a copyright and my poems will not get plagiarized. This also doesn't deter some people! So I simply share on my pages and hope that people sharing the same would give me credit for it. Some do, some don’t.

Many people feel they can relate with the poem. How do you feel the middle class of India can reconcile their conscience with what they see and encounter everyday?

I normally share immediately after I write. I wrote that poem around that time [December, 2017]. We were going to a party, when at a traffic light, a woman who was barely covered, knocked at my window and I just looked away. I would often think of the divide that exists in our society between the rich and the poor and how I just “think" about it and do nothing! That night I wrote about all the things I do wrong and even though I know it is wrong, I continue doing it.

We alone, can't change the world but we can do our little bit, however small that may be. When we do that we will find that we can sleep better!

This poem was widely circulated in 2017 also and believe me, many people from across the globe reached out to me, wanting to do something. I feel that the world is full of good people and they all want to contribute, just don't know how!

Your 2018 book, From Ashes to Dreams, looks at the life of an orphan. Your previous work, Woman, Everything Will be Fine, looked at the experience of a working woman who was transferred to a new city. Is there a common theme you want to touch upon in your poetry and your books?

Poetry for me is straight from my heart and I can only write when I feel passionately about the subject. So there is no common theme, but I do tend to write more on women centric themes. (Many of my women-centric poems have also been widely circulated in social media, often without my name.)

I try to have a message in my books. From ashes to dreams was about loving oneself and Woman, everything will be fine was about the psyche of a working woman and how the challenges often bring out a better version of you.

My next book 2047: The unifier is racy romantic thriller about love and peace. It is set in the future, 2047, to be precise and is about India and Pakistan.

Is there anything else you would like to add on?

Another of my poems, ‘Yes I am changing’ was widely shared on social media. On FB Messenger, a man connected with me and asked me if I had penned the poem. He had heard it in a mass in a Catholic church in some remote village of Canada! Of course without any credits to me. He liked it so much that he googled the first few lines of the poem and came across my FB page where I had shared the same.

How powerful words are! They know no boundaries. Words straight from the heart never fails to pull at people's heart strings.

Here is the full poem, ‘My dying conscience’, by Rashmi Trivedi

Sometimes in the dark of the night
I visit my conscience
To see if it is still breathing
For its dying a slow death
Every day.

When I buy vegetables from the vendor
And his son “chhotu” smilingly weighs the potatoes
Chhotu, a small child, who should be studying at school
I look the other way
It dies a little.

When I am decked up in a designer dress
A dress that cost a bomb
And I see a woman at the crossing
In tatters, trying unsuccessfully to save her dignity
And I immediately roll up my window
It dies a little

When at Christmas I buy expensive gifts for my children
On return, I see half clad children
With empty stomach and hungry eyes
Selling Santa caps at red light
I try to salve my conscience by buying some, yet
It dies a little

When I hear about a rape
or a murder of a child,
I feel sad, yet a little thankful that it’s not my child
I can not look at myself in the mirror
It dies a little

When my city is choked Breathing is dangerous in the smog ridden Delhi
I take my car to work daily
Not taking the metro,not trying car pool
One car won’t make a difference, I think
It dies a little

So when in the dark of the night
I visit my conscience
And find it still breathing
I am surprised
For, with my own hands
Daily, bit by bit, I bury it.