Meet Ashish Kasodekar, the Pune man who aced 'the cruelest race on earth' 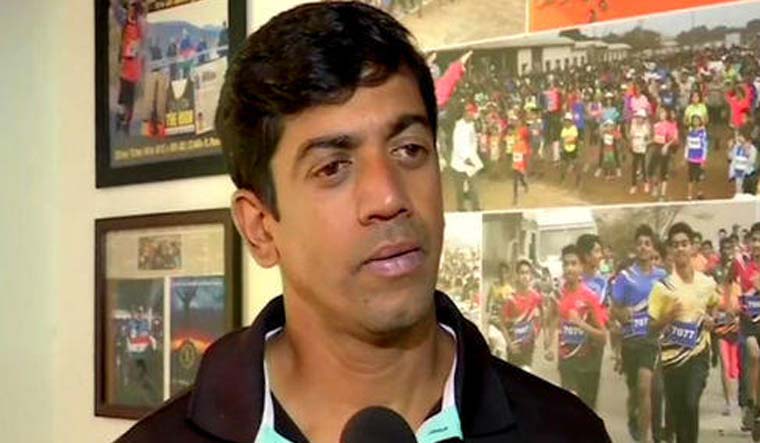 Picture this: A distance of 555km to be completed in five-and-a-half days or 132 hours, as one alternates between uphill and downhill, and negotiates the unforgiving topography of Ladakh, which rapidly transforms with every change in altitude, an intermittent lack of oxygen and a variation in temperature which is as extreme as rainfall for 40km of the course and snowfall for 60km at 17,700 feet. That's the La Ultra-The High marathon, which to date remains "the most challenging and cruelest race on earth," says Ashish Kasodekar, who aced it and finished third, being the first Indian ever to do so.

Marking a decade this year, the La Ultra marathon introduced the most grueling category in its stable so far in 2019—the 555km race. It had only five participants. Among the five, three, including Kasodekar and two foreign nationals, successfully completed it in record time. Jason Reardon, an Australian, came first by crossing the finish line at 120 hours and 19 minutes, thereby becoming the first ever man in the world to do so, followed by US national Matthew Maday, who came in close at 123 hours and 35 minutes. Kasodekar came in third at 126 hours and 18 minutes.

"The pressure to perform and to make it in time before the cut-off is so intense, that if you are late by even one second you are out of the race," he said. Last year, when Kasodekar was competing in the 333km race, he had just made it in time by 31 seconds. So this year, when he made it six hours prior to the cut-off time, Kasodekar knew that his efforts had paid off.

"I realised that I had to work on my sleep. Earlier I was sleeping barely for four hours and that had begun to affect me." Kasodekar narrates how towards the final moments in the race last year he began hallucinating about winning it, and that made his run much slower, leading him to reach the finish line barely in time. "But this time, I slept for a good nine hours in the five and half days of the race," he admits.

But once he did cross the finish line, Kasodekar was only happy to have finally pulled off his dream so "beautifully and smoothly minus any hiccups." He had no idea how big his accomplishment was until friends and family called in to say that he had just made a record.

The five major challenges which make the La Ultra a 'cruel race' are " lack of oxygen, temperature variations, very strict and ruthless cut-off times, constantly varying climb and a distance that never seems to end," explains the runner. Kasodekar, who is a resident of Pune and runs a travel agency, has always enjoyed sports in various forms. He was a national level basketball player, and after participating in a number of marathons, is a pro at physical and mental training required to ace a race.

"Thrice a week I run in the morning for 40km and then continue with walk. Then again I begin a brisk walk in the night at 11pm which continues well until 2am. Twice a week it is leg strengthening and other forms of freestyle exercises." As for food, Ashish focused on a protein rich diet before the event and during the race, he devoured on Sattu—a multi grain porridge, as it was important to get energy from liquids.

At 47, Ashish, who has been participating in the La Ultra for the past seven years in various categories, hopes to continue with his marathons and adventures well into the future. "For now, I want to celebrate my win at La Ultra 2019," he said.