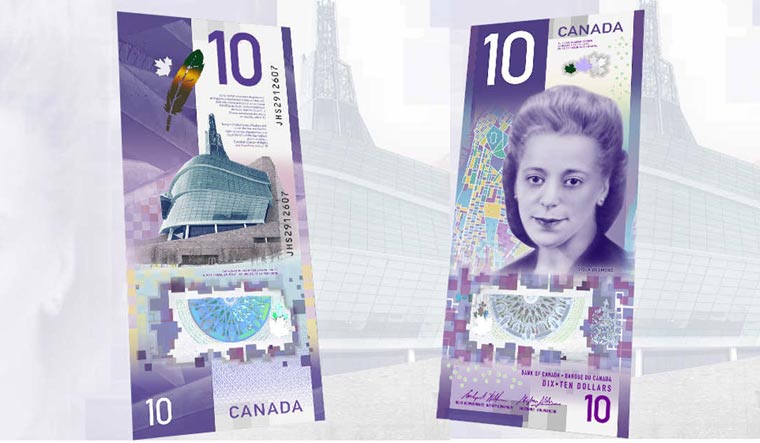 When the International Bank Note Society (IBNS) selected Canada’s new $10 note as the ‘Bank Note of the Year’ for 2018, it brought to prominence an important and inspiring figure from Canada’s troubled past with racial segregation—Viola Desmond.

Unsung heroes lurk in the corners of history that we were never taught about in schools and colleges. It is in the subjective nature of history to glorify a few and ignore the many.

Desmond is one such figure mainstream that history chose to ignore. But, 54 years after her death, her legacy refuses to budge. Her story demands to be known.

Desmond fought against segregation laws that existed in Canada much before the famous Rosa Parks made her mark in the US. While Rosa Parks came to be known as the ‘first lady of civil rights’, Desmond remained far from getting the recognition she deserved.

Desmond was a Canadian businesswoman of black origin. She entered the field of cosmetic business during a time when black women seldom came to the forefront in Canada. Her journey towards civil rights activism began as a result of an incident she faced on account of her black identity.

On a cold November night in 1946, Desmond’s car broke down, en route to a business meeting. While the car was taken for repair, Desmond decided to go see a movie in Roseland Theatre to kill some time. Due to her poor eye-sight, Desmond wanted a floor seat. As the theatre followed segregation laws, her request was denied. The floor area was reserved for the whites, they said.

Despite the disapproval of the theatre authorities, Desmond went ahead and sat in the place reserved for whites.

The police were summoned, who then dragged Desmond out of the theatre, injuring her in the process. Desmond spent the whole night in a prison cell, pondering the injustice that had been done to her. Her case was brought to the court, twice. Unfortunately for her and for the Canadian Black community, she was found guilty both the times.

Desmond’s fate was a wake-up call for the black community in Nova Scotia, the place she belonged to. Protests against segregation laws and the need for equal civil rights took a new form under Desmond. This eventually led to Nova Scotia getting rid of segregation laws in 1954.

Desmond is important not just to the history of Canada but also to the history of the rest of the world, which practised differential treatment of people on grounds of their origin, religion, and skin colour. It was only through the efforts of Wanda Robson, Desmond’s sister, that the world came to know about Desmond and her ground-breaking story.

On April 15, 2010, the Nova Scotia government granted Desmond a posthumous “free” pardon. A public declaration and apology followed the pardon from the then Premier Darrell Dexter, who indicated that the charges against Desmond should never have been filed and that her conviction was a miscarriage of justice.

The long-forgotten story of Viola Desmond is now brought back to life. In honour of her contribution to Canadian history, Canada’s finance minister, Bill Morneau, selected Desmond to be featured on the new ‘vertical’ $10 bank note of 2018.

This currency bill was awarded the ‘Bank Note of the Year Award’ for 2018 by the International Bank Note Society.

Viola Desmond’s is not an isolated case. History has repeatedly turned a blind eye towards many who deserved recognition for their contribution towards changing the course of events for good. C.S. Lewis was right when he said, “History isn't just the story of bad people doing bad things. It's quite as much a story of people trying to do good things. But somehow, something goes wrong.”