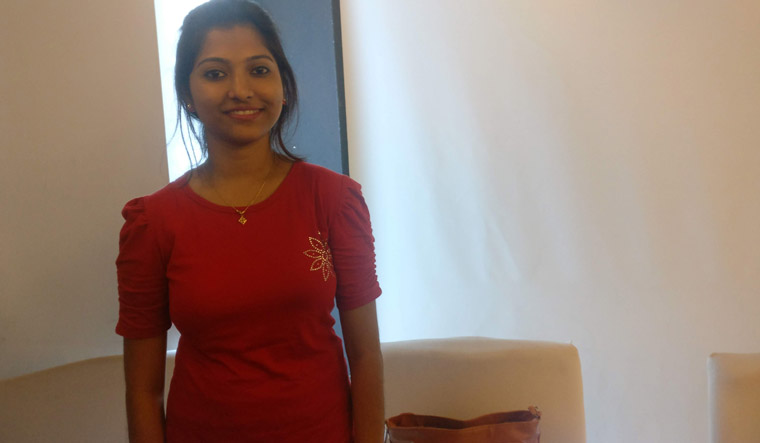 Subhasree Raptan started her fight against human trafficking at the age of 19. Memories of the first rescue operation are still fresh in her mind. “A 14-year-old girl was pushed into sex trafficking by her brother-in-law. She had a baby too,” recalls Subhasree. She was, however, flummoxed when the survivor's mother-in-law confronted her. “She told me that she would kill me, hide my body and tell nobody about it. I got scared, but then I gathered my courage and told her—my office knows that I am here and they will find out.''

Four years on, Subhasree is at the forefront of the efforts to address human trafficking in Canning, South 24 Parganas district in West Bengal, one of the human trafficking hubs in the state. Coordinator of Goranbose Gram Bikash Kendra (GGBK), a non-profit organisation, she sensitises women and children on trafficking, helps police track down people who have gone missing, rehabilitates trafficking survivors and reintegrates them into society. Subhasree holds a masters degree in English literature.

Child trafficking is rampant in Canning, says Subhasree. 14-year-old Piu Mondal from Canning felt excited as 'someone she knew' told her that she would be taken on a holiday, along with one of her friends. The girls were drugged and were taken to Delhi. ''We lost our consciousness. Later, when my friend regained consciousness, she poured water on my face. That is when we realised we were being trafficked,'' says Mondal, who is now 18.

Mondal had attended a workshop conducted by GGBK at her school. “We managed to contact a GGBK representative over the phone and were rescued,” she says. A rescued girl's life will never be the same again. She may face stigma and social ostracism. Most survivors report depression. Having to deal with the police makes matters worse. “Community leaders and family make her believe that no one will marry her. She may even be pressured to marry her rapist, to avoid a legal battle over trafficking that could bring shame to the family. A lot of these girls are then subjected to domestic violence, made to do all household chores and look after cattle. As a result, they won't be in a position to pursue their trafficking or rape cases. There are several instances where the rescued survivor committed suicide, unable to bear with the trauma,'' says Subhasree.

Nonetheless, some of the trafficking survivors in Canning have turned into activists fighting against human trafficking, bonded labour and slavery. “Mondal now works with a survivors' collective called Bandhan Mukti, based in West Bengal. She conducts awareness programmes in villages, schools, colleges and universities to combat trafficking. These include street plays, talks and songs,” says Subhasree. Mondal and her friend play a key role in mainstreaming trafficking survivors as well. ''They conduct Survivor Advocacy Programmes (SAP) and work for their rescue, rehabilitation and reintegration into society. They also help them rebuild their lives by facilitating access to compensation,'' she adds.

GGBK was founded by Subhasree's father Nihar Ranjan Raptan to help tribal communities in the Sunderban area hit by climate change, that made them vulnerable to human trafficking. Subhasree who has followed in her father's footsteps has touched many lives.