PODCAST: What explains the spate of lynchings across the country 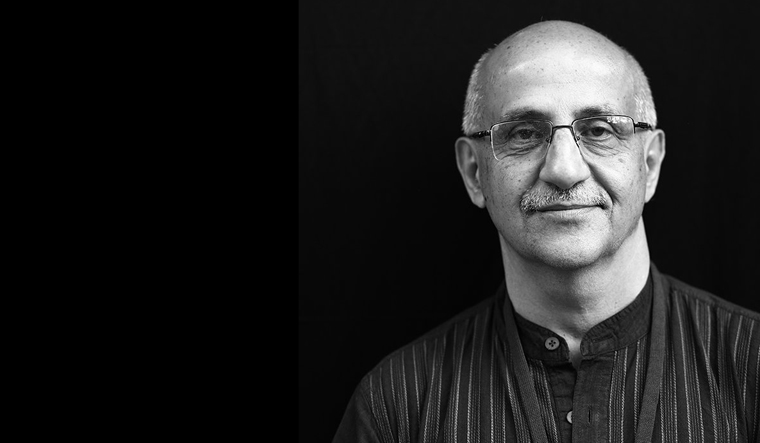 In March 2018, after a reportedly armed group took a Ram Navami march through West Bengal’s Asansol, the town erupted in communal frenzy. One of the victims was Sibtulla Rashidi, the 16-year-old son of Asansol Imam Imdadulla Rashidi. The brutal murder had the town on edge. At its tipping point, Rashidi addressed thousands of agitated community members, urging them to keep the peace. “My son was alive till the day Allah wished him to stay alive,” said Imdadulla. “Those who killed him will be punished by God at the right place, not here. But, none of you has the right to take revenge. Nobody would be attacked for my son’s murder.... If you consider me as your own, then all of you have to maintain peace as instructed by Islam. If you cannot do that, I will take it that I am not your own. I will leave Asansol forever, and will never come back.” Bloodshed was averted.

In New Delhi, in February 2018, 23-year-old photographer Ankit Saxena was murdered, his throat slit, by the family of a Muslim woman that he was in a relationship with. A largescale communalisation of the incident was averted, thanks to the timely intervention of Ankit’s father Yashpal Saxena, who said, as quoted by IndiaTimes, "I don't want any inflammatory statements. I feel very saddened by what happened, but I don't want anyone to create a hostile environment against Muslims. I have nothing against any religion.” As a sign of harmony, he would later host an Iftar feast for members of the Muslim community.

According to a database maintained by the portal IndiaSpend, 279 hate crimes incidents were reported since 2009. About 123 bovine violence-related incidents were reported from 2012, claiming 295 victims. More than 50 per cent victims hailed from the minority Muslim community. It was as an antidote to this polarised atmosphere that human rights activist and author Harsh Mander, along with writer Natasha Badhwar, activist John Dayal and others, embarked on Karwan-e-Mohabbat (Caravan of Love), visiting the families of the victims and perpetrators alike. From September 2017 to November 2017, they covered eight states and offered legal aid to the families of the victims. “India has never been as divided as it is today,” says Mander, the co-author of Reconciliation: Karwan-e-Mohabbat’s Journey of Solidarity through a Wounded India, on the sidelines of Kerala Literature Festival, organised by DC Books.

Edited excerpts from an interview:

In your words, what is Karwan-e-Mohabbat all about?

There is a sense of fear, isolation and aloneness among the Muslims. The idea was to ensure a socio-political mass intervention founded on the ideas of love and solidarity. I made a promise to myself to travel to every part of the country where there has been hate violence, and meet the people who have been stricken by it. We will seek forgiveness for the violence that the country was not able to prevent, get to know the struggles of their lives, and what we could do to help them get justice. We don’t just visit, jot down their stories and forget about them. That would be morally and ethically wrong.

Take the case of 55-year-old Pehlu Khan’s lynching in Rajasthan’s Alwar. Is state power being subverted?

Even in non-BJP states like Karnataka, West Bengal or Assam (before BJP came to power), a climate of brazen terror had crept in. The accused feel they have committed an action of heroism or nationalism, which is why they videotape the lynchings. In some videos, you can even find the police standing by, not intervening. In an incident in Manipur, you find the police poking the man with a gun to check whether he is dead. In Hapur, we saw the pictures of a man, still alive, being dragged with ropes like an animal.

The victims are being made the criminals. Families are running around, trying to protect themselves from the violence. There is a sense of fear and intimidation. In Pehlu Khan’s case, the state home minister himself said the family were cow smugglers. They were charged with that, and his [Khan’s] son, nephew, are running around, protecting themselves against those charges. I was shocked to find that Bengal was no different. Three young men were lynched and the police had done nothing to secure justice for the victims.

When Bengali labourer Afrazul was murdered by Shambhulal Regar in Rajsamand, a WhatsApp group was immediately constituted with the local MP and minister as its members. They raised lakhs of rupees in days.

There are tales of hope too. While ones like Imam Rashidi and Yashpal Saxena hit national headlines, there are stories like that of Abdul Basheer, a Muslim man who was murdered in retaliation for the killing of Hindu man Deepak Rao, in the communally sensitive dakshin Kannada. His family, to avoid conflagration of the situation, opted to bury him in a local mosque and refused to take a funeral procession through the city.

There is a very well-known story of Mahatma Gandhi, once on a fast in Kolkata. India had got its independence, and he was fasting so that the violence would end. A story is told of a Hindu man who threw a roti at his [Gandhi’s] face, and asked Gandhi about how he could overcome the anguish over his little son being killed by Muslim mobs. Gandhiji answered: Find a little boy whose parents have been killed by Hindu mobs, raise him as your own, and in his Muslim faith. You will be able to cope with your pain.

We don’t have leaders who tell us this now. What we have are ordinary humans, who in moments of great crisis, rise much above themselves. Take the case of Basheer. Karnataka and parts of Kerala are areas where hotheads of both communities are involved in such incidents. In this case [Basheer], a Bajrang Dal member [Deepak Rao] was killed, allegedly by the Popular Front of India (PFI). The area would have burned, but Basheer’s family made a moving appeal on television to not indulge in violence. They did not allow the body to be paraded. Same with the case of the imam Rashidi and Yashpal Saxena. In them, we see echoes of Gandhi.

Most of south India is considered peaceful and largely shielded from such incidents. But when you hear how a very peaceful town like Bhadrak in Odisha burnt because of some viral WhatsApp forwards, the spectre seems not too far away.

In my book Partitions of Hate, I dub these incidents ‘command-hate crimes’, because it happens in an ecosystem of encouragement and valorisation. We have an environment that enables this hate. It has damaged our society long enough. But, we are not even acknowledging the gravity of the crisis.

Economic factors undeniably play a part. In Rajsamand, you said you spoke to Shambhulal Regar’s family members, who said his business had gone under after demonetisation, and he was spending days listening to hate speeches on his phone.

This shift to the far right, and the demonisation of ethnic and religious minorities, is a global trend now. There are leaders who thrive in divided societies. I believe, in the end, it is also a failure of the neo-liberal economic model. We are seeing jobless growth. Every second Indian today is below the age of 25. These youngsters legitimately aspire to what is promised to them. But nothing is coming their way. They have nothing to look forward to. There is a sense of deep frustration and low self-esteem. Coincidentally, it has also been 25 years since Babri Masjid was demolished, ushering in this alternative idea of a Hindu nation. These youngsters have never lived in an India of different imagination. I think both these factors have contributed to what we are seeing now.

For the minorities, do you think more political representation with identity-based parties like IUML and AIMIM will help?

There is a beautiful film on the dilemma of Muslims during partition, called Garm Hawa. It is the story of a Muslim patriarch who is determined to stay on in India after partition. Various factors push him. He despairs, and in the last scene, he leaves for a train to Pakistan. On the way, he sees a red flag procession and he joins it, deciding not to leave. It is very important that it is a red flag procession and not a green flag procession. Muslims have every right in this country, and there needs to be solidarity with other oppressed groups. I feel it is the responsibility of the so-called secular parties to fight for their issues. But they are failing there. Dalits have suffered for centuries; then there are women, the working class, and the farmers. They all need to come together for a better, more humane country.