Tracking the influence of Bauhaus on India's modernist architecture 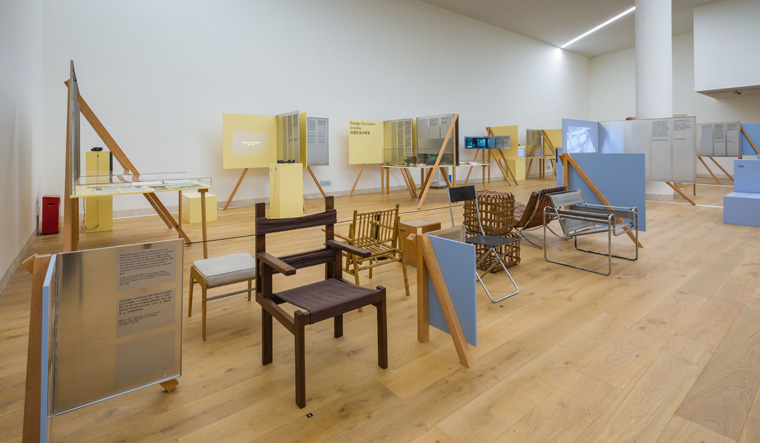 German architect Walter Gropius started an art school in Weimer called Bauhaus back in 1919. Bauhaus, which translates to "building house", and its teachings have been most influential in the world of modernist architecture, art and design in the 20th century. The famous art school moved to Dessau in 1925 and then to Berlin in 1932 before closing down in 1933 under pressure from the Nazi regime. The Bauhaus building in Dessau used materials which were quite revolutionary for its time, including glass and reinforced concrete. The Bauhaus movement also encompassed product design wherein needless ornamentation was removed in favour of more minimalist, functional forms.

Bauhaus masters have included some of the most world-renowned artists including Johannes Itten, Wassily Kandinsky and Paul Klee. After the art school was shut in 1933, many former students and teachers fanned out of Germany to spread the ideas, architecture and ethos of Bauhaus to the rest of the world, including former USSR, India, North Korea, Hungary, Chile and China. As Germany begins to celebrate 100 years of Bauhaus from next year, Kiran Nadar Museum of Art in Delhi has brought together a special exhibition called "Moving Away" looking at how Bauhaus ideas emigrated to countries and adapted itself to specific local conditions.

Interestingly, the first ever exhibition in India on the art movement was held in Calcutta back in 1922. Titled “Bauhaus in Calcutta”, it was conceived by the Indian Society of Oriental Art and Stella Kramrisch —who taught Indian and European Art History at Visva Bharati University in Santiniketan—brokered the passage of many prints by Bauhaus artists from Germany to Calcutta. In that exhibition, it was still conceivable to buy a Kandinsky watercolour for 10 or 15 pounds. It was a time when Rabindranath Tagore was the most important cultural interlocutor between India and Europe after winning the Nobel prize in literature. Visva-Bharati, the school Tagore founded, projected a search for universal modernism beyond the rigid confines of realism propagated by British academic curricula. Bauhaus too embodied the values of universal modernism and functioned as “the meeting point of the cosmopolitan avant-gardes” at the time.

"Moving Away" brings to focus how some key design institutions in postcolonial India were influenced by Bauhaus. The development of design education, specifically at National Institute of Design (NID) set up in 1961 and the Industrial Design Centre (IDC) at the Indian Institute of Technology in Mumbai in 1969, drew on modernist sources like the Bauhaus. This was largely done via the Ulm School of Design (HfG) in West Germany, set up after World War II. HfG's curriculum was developed by Bauhaus graduates. Institutions like NID and IDC, established as part of a larger project of nation-building, understood design as a tool for development, a catalyst for economic growth which can go beyond serving the affluent. In the sixties and the seventies, NID and IDC forged strong networks with HfG via study tours, faculty contributions to the curriculum and HfG graduates like Sudhakar Nadkarni and H. Kumar Vyas occupying key positions at IDC and NID respectively.

In the chequered history of modernist architecture of India in the 20th century which includes figures like Le Corbusier and Charles Correa and styles like Art Deco and Neoclassical, Bauhaus is one more crucial piece of the puzzle.