Netﬂix's Mowgli: A darker Jungle Book for a diﬀerent audience 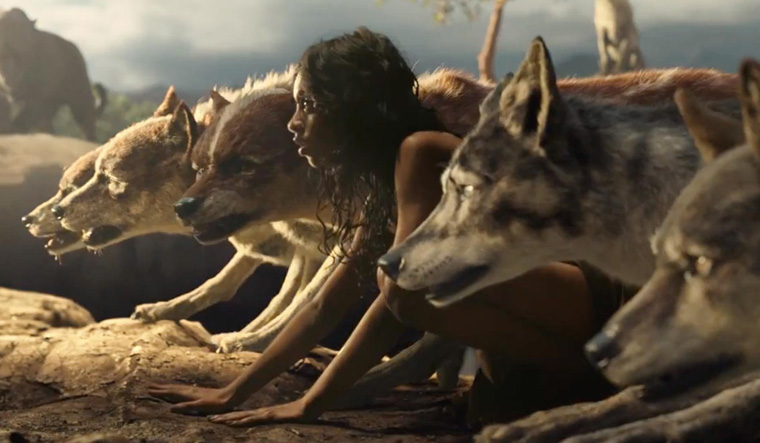 A scene from Andy Serkis' 'Mowgli'

While the movie went through various hiccups, which led to the movie ending up in Netflix after the streaming giant bought distribution rights. Walt Disney's two versions might have changed, and shaped, a few generations on how they see Kipling's collection of stories centered around the jungles in India, but Serkis goes back to the source material, borrowing more characters from the book while not stopping for any "monkey business".

Shots are captivating, gritty, intense, and they do not rely on 3D to show intensity in action. Serkis paints a very solid picture of the jungle, and the rest of the cast does justice to their characters.

While the CGI work could do with better post-production, we can chalk it up to the way the movie never made to the big screen. The motion capture, however, is pretty solid, especially when the animals talk and interact with each other.

There is a gritty kill-or-be-killed vibe throughout the movie, as Rohan Chand's portrayal of Mowgli gives more depth to how the character is feeling. We see very little of Benedict Cumberbatch's Shere Khan, but for me, that is a highlight. We keep expecting him, and the tiger doesn't disappoint whenever he makes an entry.

Mowgli never makes you forget what the gist of the setting is—a young human being among animals in a jungle. The dangers, the way of life, how the animals treat him, everything is factored into how he sees the jungle, and the world.

Christian Bale gives us a brilliant elder brother to the man-cub in Bagheera, while Serkis' own Baloo brings in fury and paternal love—with both characters feeling more real than any representation so far. However, we see very little of Cate Blanchett's Kaa which makes you wish the python had a backstory in this adaptation.