Requiem to a surgeon

We talk endlessly about health and compassion to our patients. But who looks after 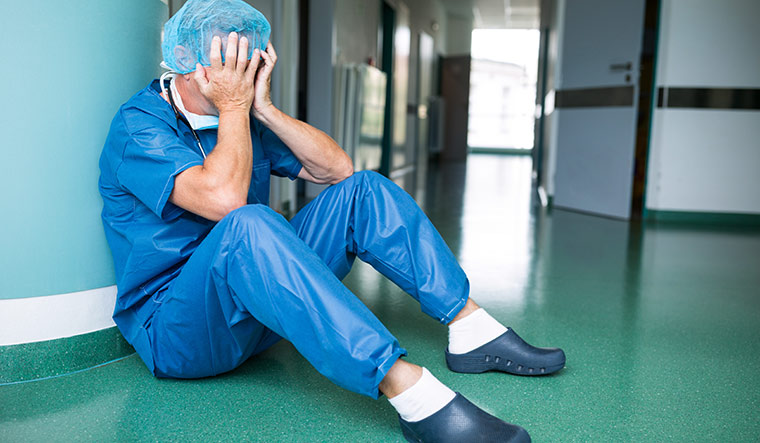 I was at a concert at the park when I first saw Chris. I was talking to a colleague when a car with music on came by at a pretty fast pace and parked. He was tall and lean, with peppered hair, and he walked with a swagger. He looked like someone out of GQ magazine. “Who’s that guy?” I asked my colleague. “Oh him, he is the new neurosurgeon the hospital hired.” He shouted out to Chris, and we made our introductions. Firm handshake, looked me in the eye. I welcomed him to the community, we talked shop and settled down to watch our kids who were performing in the concert.

Chris backed up his swagger with his work ethic and talent, both of which he had in abundance. Doctors as a group are pretty smart, but we get trapped in our silos. We focus on what we are trained at—patient care—and lose ourselves in the management and delivery of health care. Not Chris, he excelled at patient care, but was also very good at management skills, had an impeccable bedside manner, and was able to focus on higher concepts about health care economics and population health delivery. He was a leader and was fast-tracked into the leadership hierarchy. We participated in care of patients together, served on committee’s together and soon became good friends. I heard nothing but praise from all my patients who came into contact with Chris. His surgical statistics were excellent. He was honest to a fault and he never bent the rule book.

We became neighbours. Our families met and we grew closer. I had Chris over a few times, and we always schemed about future wine tasting at his place. He was happy around his family and the barbecue. He became the chief of surgery this year. “You are our fearless leader,” he told me as we took to our administrative roles, which was not entirely true. Chris had a better mind than me with regard to health care management. He was the squeaky wheel with the administration, and he made sure they ran a tight ship. I would sometimes text him in the middle of a meeting to back off, so we could finish and head home. He would smile and stop talking.

I got a call one evening from the CEO telling me Chris had resigned effective immediately. He said he couldn’t say anymore. I called Chris and he filled me in on the details. I really wouldn’t be doing justice discussing a case that I know nothing about, but Chris’s version was he didn’t do anything wrong. I met Chris a week later and was shocked to see him. He looked beaten, he walked slowly, and was distraught. The swagger was gone. I cheered him up. I assured him that the medical faculty held him in the highest esteem. I called around and there were quite a few hospitals interested in him. Unfortunately, the hospital enforced the noncompete portion of his contract, and most of these offers fell through.

A month went by, and I saw Chris falling apart in front of my eyes. “Do you know what it’s like for a guy like me to sit at home?” he asked. I couldn’t believe that we as a community had nothing to offer this brilliant and compassionate neurosurgeon. I shared my darkest times with him, and how I was able to claw out of it. He listened and we always came out with how we would fight it out. We decided that he would open his own practice. There was never a doubt in my mind that he would excel.

I was in India at a school reunion, when I got the call. Chris was no more. I lost a part of myself that day. Just like that we had lost our very best. We need to do some soul searching as a society. What have we become as a people? Why is there always a need to punish, rather than educate and rehabilitate? We are all going to be making mistakes as humans. How we react to these mistakes defines us as people. Our heroes are men and women just like the rest of us, who have extraordinary talents but are as flawed as the rest of us. Assuming there was an error of judgement, can’t there be a better system, where all parties are compensated, there is action taken, and subsequent education and supervision? We talk endlessly about health and compassion to our patients. But who looks after the healer? I know what Chris would say—he would want to make sure this never happened again.

Chris was a better man than most. Our community lost a brilliant neurosurgeon. Patients have lost a healer. His family has lost a loving husband and a father. The medical community lost a leader and I lost a colleague and a friend. Nobody won. Everyone lost.