Water conservation need of the hour

Someone said, “If you don’t want mental hydration then think about water conservation.” The need to conserve water was never more pronounced than it is now, when most of India is experiencing a shortfall in monsoon.

June 2019 was the fifth driest month in the past hundred years, when the rainfall over the Indian subcontinent was recorded less than 112.1mm, as against the normal long term period average of 166.9mm. This has led to water shortage in large parts of the country, especially in central and southern India. Many important reservoirs across Andhra Pradesh and Maharashtra have dipped to a critically low level of 77 per cent, leading to water crisis in these regions. 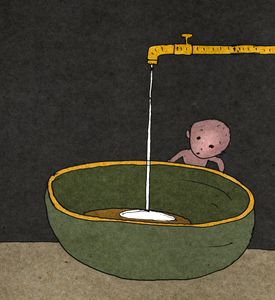 Unless a water conservation plan is not started in a mission-mode across the nation, many important human settlements in the country may go completely dry, leading to a wide-scale demographic re-settlement and existential strife. That is why Prime Minister Narendra Modi began the Jalshakti Abhiyan with the hashtag “JanShakti4JalShakti”, to urge every citizen of India to join hands to save every drop of water. It was befitting that the prime minister addressed the urgency of water conservation through his first ‘Mann Ki Baat’ radio broadcast after assuming office in his second term.

Across regions, India will experience water shortage in view of the uncertainties of monsoon and extreme weather influenced by climate change. Further, increased pollution of water bodies through industrial discharge and flow of untreated urban sewage into rivers and lakes have further reduced the availability of water fit for human consumption. Hence, the prime minister has rightly urged people to make water conservation a people’s movement in the way they did with the Swachh Bharat. In this regard, his recent letter to all village heads, urging them to promote conservation of water in their respective areas, was well appreciated by village heads. Conservation, protection and augmentation of water resources have to be made a people’s movement where governments need to act as facilitators in the mass public exercise.

It is estimated that as much as 92 per cent of rainwater is let off to discharge in the sewage lines. Thus, a major portion of the rainwater is not being used to recharge the heavily depleted groundwater sources. The people in urban centres, on the other hand, are used to a lifestyle where water keeps flowing 24 hours in their bathrooms, swimming pools, gardens, jacuzzis and fountains.

It calls for an integrated approach to conserve water by not only promoting water conservation technologies but also initiating a mass sensitisation drive to make people aware of the gravity of the situation and to stop the sinful misuse of water.

How rainfall is not a factor behind the availability of water in a given area if proper conservation methods are adopted by society is evident from the fact that Jaisalmer, one of the driest regions of India with scant rainfall, is self-sufficient in water, whereas Cherrapunjee in Meghalaya, which receives heavy rainfall, isn’t.