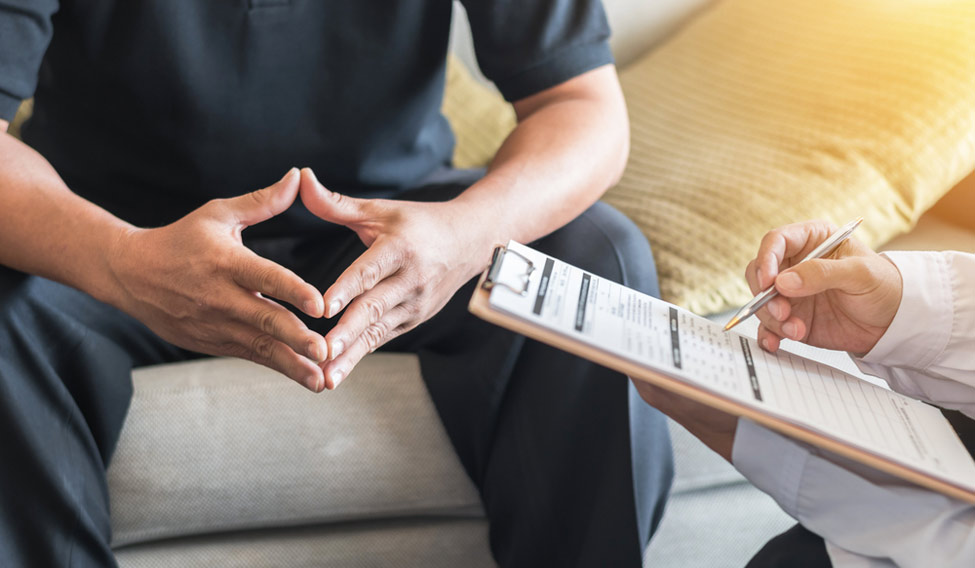 This was the first time that a survey was held to study stigmatisation of psychiatrists and psychiatric medication in India. And, the study based on survey results, published in the Indian Journal of Psychiatry showed that one third of them consider psychiatrists themselves to have mental health problems, and most psychiatrists choose their profession because they have personal problems of their own. “It is surprising,” said Aron Zieger, psychologist, Charite University Hospital, Berlin, who authored the study. “You wouldn't think that a neurosurgeon has issues with brain. Technically, the same should be with psychiatrists too. Our survey investigated mainly more educated urban people. I didn't expect this response.”

“Psychiatrists as a group are regarded as slightly crazy themselves,” says Dr Harsha Haridas, a Kannur-based practising psychiatrist. “And, anything you do as a psychiatrist is seen as out of the norm. People don't want to visit a psychiatrist because they see it as some kind of a taboo.”

“It is certainly a cause for concern that our survey found more negative attitudes among younger people,” said Dr Aditya Mungee, researcher at Klinik für Psychiatrie und Psychotherapie, Charité, Berlin, who co-authored the study with Zeiger. “However, it is important to remember that our survey only had a sample size of about 900 respondents and investigated an urban population. Further studies with larger sample sizes and comprising rural populations are needed. Our team is currently collaborating with the Asian Institute of Public Health, Odisha, to examine attitudes towards mental health among rural populations.”

The latest mental health survey in India suggest that around 15 crore Indians are in need of psychiatric treatment. And, an average estimate says, only 0.3 psychiatrists are available for the 100,000 people in the country. “Earlier, the government was not having any cognisance of the problem,” said Dr N.M. Patil, Head of the Department, Psychiatry, Jawaharlal Nehru Medical College, Belgaum. “There were only few people who could specialise in psychiatry. Some years back, there were more number of Indian psychiatrists probably outside the country than working in India. But now, the situation is changing”

“Increasing the number of specialist psychiatrists, psychotherapists and psychiatric nurses should definitely be a long term goal,” said Aditya. “Till we achieve this goal, it is important to look at alternatives. Community-based interventions like the VISHRAM and Atmiyata programs in rural Maharashtra have shown that low-cost models with little resources can contribute immensely in improving mental health coverage. More such programmes need to be supported, especially in rural and remote areas.”

The survey observes that majority of patients with mental disorders are seeking help from faith healers or alternative medicine practitioners first. “Religion plays a very important role in a typical Indian's life,” said Patil. “Generally, because of the stigma, people don't want to be branded as a someone with psychiatric disorder. Rather, they would prefer to go to a faith healer thinking that there is some supernatural involvement in their mental disorder.” But now, a lot of referrals are coming to psychiatrists through faith healers. “Every month, I get at least one or two patients from these faith healers,” he said. “We have to involve the faith healers in our setup.” The study also points out that, in the Indian scenario, religion can be used as an effective tool for motivating patients to seek professional help.

The survey observed that popular media, especially films, are playing a very important role in creating misconceptions and negative images about psychiatrists. A study—The portrayal of psychiatrists in Hindi movies released in the first decade of 21st century—published in the Asian Journal of Psychiatry, found some shocking facts on reviewing 26 Hindi movies released between 2001 and 2010, which portrayed 33 psychiatrist characters. Their results said: 42.4 per cent of them were clinically incompetent; 39.4 per cent breached professional ethics; 24.2 per cent transgressed non-sexual boundaries and 15.2 per cent violated both sexual and non-sexual boundaries. Also, only 30.3 per cent could make an accurate diagnosis. “The stereotypical psychiatrist in the Indian movies will have a French beard, and he will be little eccentric in nature,” said Dr Nelson Joseph, co-founder of Info Clinic—an Indian Medical Association award-winning social media initiative aimed at breaking medical myths and spreading awareness. He said that there is a big influence of visual media in creating a negative attitude about psychiatrists among younger population.

The negative attitude towards psychiatry exists not just among general public, but even with medical undergraduates. Stigma shared by the general public will be there in the minds of people coming to medical profession too, said Nelson. Patil pointed out the two main aspects resulting in the negative attitude of medical undergraduates towards psychiatry specialisation: “In MBBS training in our colleges, the psychiatry training is very very minimum. A medical college student's knowledge about psychiatry is as good or as bad as somebody who is doing a BA or B.Com.”

Patil says that even though the Medical council of India has mandated that every medical college should compulsorily have the psychiatry department and 15 days of psychiatry posting for the students, some medical colleges have those only in papers. “When the medical college students are not exposed to psychiatry, how can they have a preference for psychiatry.” Another aspect, observes Patil, is the money and glamour associated. “Psychiatry is not very glamorous like some other specialisations. Also, the money obtained by a psychiatrist is comparatively less.”

In order to fight the stigma, a proper awareness programme is the key suggested by the survey team. “We believe that increasing awareness about mental health and integration of psychiatric care into the primary health care setup are two important steps that could reduce stigmatisation,”said Aditya. “If our primary health centres and general practitioners start offering mental health care services, it will gradually be integrated in the overall public health care system.” He points out that the new Mental Health Care Act by the government is an extremely progressive legislation which recognises that patients with psychiatric disorders face discrimination and stigmatisation in society. The act includes measures like decriminalisation of suicide, advanced directive and use of electroconvulsive therapy only in adults with anaesthesia and muscle relaxants. “These are all steps which will gradually lead to a reduction in stigma related to mental health,” said Aditya.