The risk of a neck injury at the Rashtrapati Bhavan gazing at the ceiling in Ashoka Hall just reduced greatly. Crammed with murals of Fath Ali Shah of Iran, with his long flowing black beard, on a horse hunting surrounded by his 22 sons, the ceiling of the dome that dominates Raisina Hill will be soon shrunk book size. And it will be available along with the entire collection of art in this sprawling estate for the aam aadmi to take home.

The Rashtrapati Bhavan is putting together a comprehensive art catalogue, part of the multivolume documentation project by Indira Gandhi National Centre for the Arts. A first-of-the-kind effort, it is an attempt to live by President Pranab Mukherjee’s dream to make the estate more accessible. The last time the collection was catalogued was under Lord Irwin, the first viceroy to move into Edwin Lutyens's then newly built monument. It was reprinted six years later. Independent India saw a few inventories, but none of these ever made it out of the Lutyens Estate till now.

“The idea was inspired with the discovery of the 1931 list in the library,” says Press Secretary Venu Rajamony, who has spent many hours poring over records and paintings to compile the new and improved 2014 art catalogue. The first step was to figure out the details of the collection as well as what to feature. The ceiling of Ashoka Hall was natural, of course. It had been donated by the Shah of Iran to King George IV. Not much is known of the painter, but the frescos surrounding it were painted by Italian artist Tomasso Colonnello. His family had lived in India for 50 years. 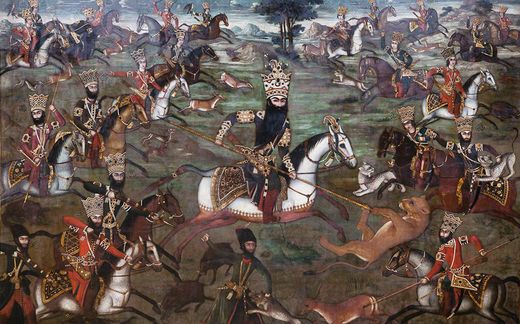 Going beyond the realm of paintings, the new art catalogue also has details on the Chinese tapestry collection, the extensive Company art collection, the sketches that Lutyens made as well as artefacts like carpets, busts and zardozis. Apart from the Chinese tapestry, the Rashtrapati Bhavan has also inherited four 18th century Chinese paintings. Described as four seasons by Caroline Fox, an English writer, these canvases used to adorn the corridors of power before they sailed their way into India. They were in the India Office Council Room and were presented to the Viceroy’s House in 1930.

The Rashtrapati Bhavan, started out as a museum in the first flush of free India, is in a way going back in time. A collection of antiquities, just returned from Burlington House in England, was put on display under Delhi’s largest dome to get Indians familiar with their rich past. Two pieces of the Buddha in the Durbar Hall and the Bull in the front are a legacy from this period. The art catalogue in a way is continuing this tradition. “The catalogue at a later stage will be available on the website of the president. The idea is to give everyone access to the collection,” says Rajamony.

While the Rashtrapati Bhavan inherited a collection from the British―statues, busts and life-sized portraits of the viceroys―there is also a collection of modern Indian masters. Jogen Chowdhury, Jamini Roy and M.F. Husain are some of the painters who find space on these walls. Husain painted a sketch of President Zakir Husain, complete with his trademark glasses and his bandhgala.