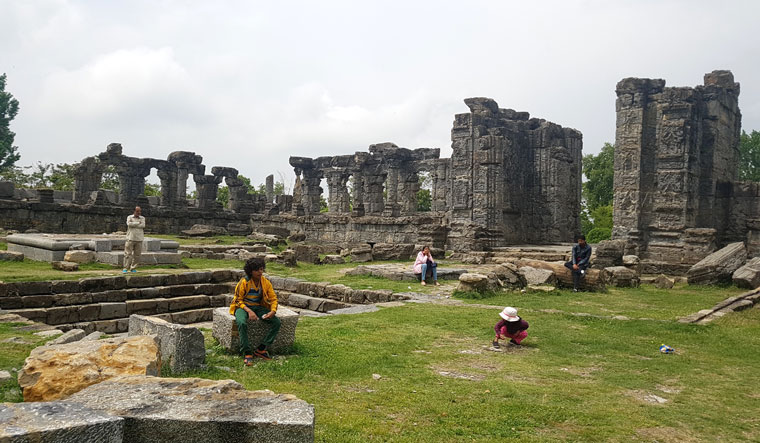 Standing in silent awe amidst the ruins of the Martand sun temple, I find myself wondering how this has managed to remain hidden for so long. My reverie is broken by the raspy voice of the guide asking me if I have seen the song sequence in the movie Haider shot here.

And, that is what it has come to—a stunning heritage site reduced to a film location. Built by King Lalitaditya Muktapida in the eighth century CE and destroyed by Afghan invader Sikandar Butshikan nearly 700 years later, the Martand temple dedicated to Surya, the sun god, remains forgotten and forlorn just outside a small village near Anantnag.

When I visit around noon, Martand feels open and exposed. The limestone pillars in Greek style hold the broken walls and high arches. Intricate carvings of gods and goddesses, musicians and dancers, flowers and creepers cover the outer walls. The overall design ensures that sunlight fell on the main idol throughout the day.

A couple of days later, I head to see the temples in Awantipora, more commonly known as Awantipur. As it is located between the two popular destinations of Srinagar and Pahalgam, there are more visitors here. The gardens near the entrance are in full bloom with roses and dahlias; the fir trees lining the path that leads to the main temple look trimmed and watered.

There are two temples here: one dedicated to Shiva as Awantishwar; the larger and more popular one is dedicated to Vishnu as Awantiswami. The guide tells me that they were built by King Awantivarman of the Utpala dynasty. There is a stone relief featuring the king, queen and their retinue on the walls of the core temple area.

Like Martand, the main temple structure is built on a raised platform, in the Nagara architectural style. But, unlike the former, this temple was reduced to rubble by an earthquake, way before Butshikan set his sights on the kingdom.

Back in Srinagar, after experiencing the floating vegetable market on Dal Lake and an overnight houseboat stay on Nigeen Lake, I wanted to take a day trip to Gulmarg to catch the last snows of the season. But a local friend suggests Naranag.

Naranag is the stuff of picture postcards. Just over an hour from Srinagar, on the route to Sonamarg, the ruins of the Shiva temples lie scattered in a valley ringed by snow-clad peaks and a pristine stream.

From the deserted parking lot, we walk down a rough path for a few hundred metres, and the spectacle suddenly unfolds—the ruins, massive granite blocks stacked almost carelessly on top of one another. The temples are all lacking complete roofs or walls; a lone Shivaling still stands intact in the inner sanctum of one. While Martand and Awantipora felt secluded, Naranag comes across as even more of a recluse, without a single Archaeological Survey of India signboard or the usual stern warnings to vandals.

I am not entirely sure if that is a bad thing, leaving these ageless ruins to themselves. After all, even in their state of neglect, they manage to tell their stories eloquently enough to those who really care. 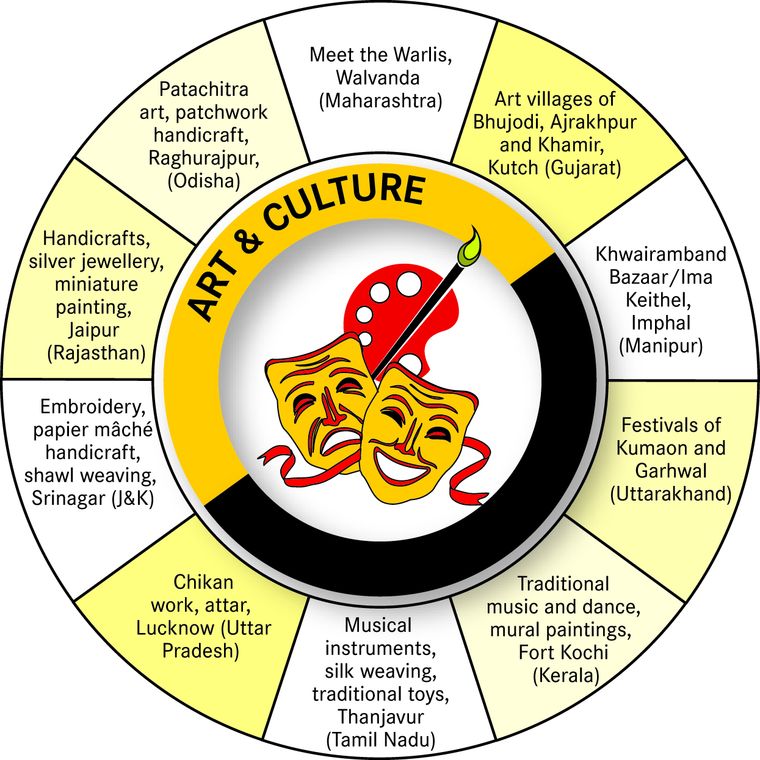