Our very existence is being challenged now 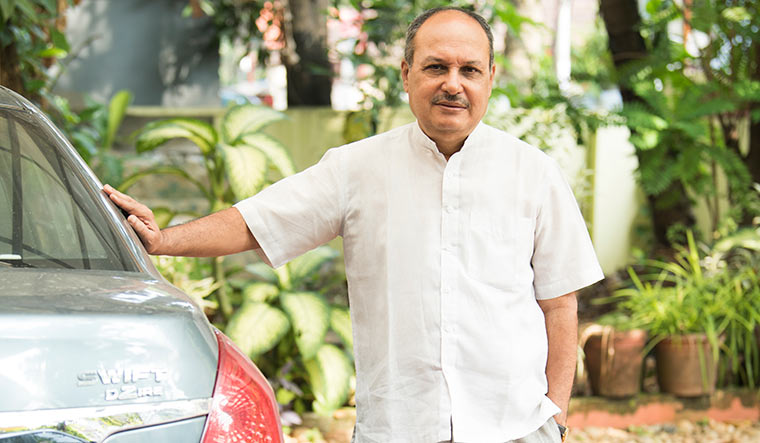 The Anglo-Indian community emerged when Europeans married Indian women and their descendants, right from the 16th century. They were recognised by the British by the Act of 1935 and defined in Article 366 (2) of the Indian Constitution. The community was more identified with the European way of living, but slowly adapted to Indian conditions. Though barely about four lakh in number, the community produced two Air Chiefs, two Naval Chiefs and many war heroes like Air Marshal Denzil Keelor and Wing Commander Trevor Keelor. They also made their mark in the field of education, sports, nursing and other key disciplines.

English language and their unique culture unite all Anglo-Indians. The Anglo-Indian culture is centered on the western style of dressing (though it is undergoing changes now) and community living, with family functions like birthdays and wedding anniversaries being celebrated with fanfare. The Anglo-Indian culture is best reflected during weddings. The cake-cutting ceremony, toast, the first-table where unique Anglo-Indian dishes are served and the presence of the godmother and godfather of both bride and groom are worth mentioning. Dances like the foxtrot, waltz, tango and cross-steps (usually for youngsters) are performed. Advent is observed by Anglo-Indians in a pious way. Sweets like kulkuls and bebinca are compulsory items for Christmas. Homemade wines are prepared by each family, and their recipes are a ‘family secret’.

Sir Henry Gidney, the pioneering leader of the community, took up the issue of Anglo-Indians before the British, and later Frank Anthony convinced national leaders about the need for constitutional protection for the community. Special provisions were provided for Anglo-Indians for job reservations in central services (Article 336, valid up to 1960), nomination of two members to Lok Sabha (Article 331), nomination of members to legislative assemblies (Article 333), special provision with respect to educational grants (Article 337, valid up to 1960). Still, the big question is how far the community could progress in independent India, despite the constitutional safeguards.

The community is going through a tough period as their very existence is being challenged now. The colony style living of Anglo-Indians has been disrupted. The community failed to build its own cultural centres, and therefore the Anglo-Indian way of life is slowly diminishing. Economic constraints and educational disabilities have put them in distress.

While I was member of Parliament, a fact-finding team was appointed by the ministry of minority affairs in 2013 to identify the pertinent issues of the Anglo-Indian community. The team observed and recommended as follows:

*The Anglo-Indian community in India is a community with unique history and culture. The contribution of Anglo-Indians in the past has been significant in the areas of education, post and telegraph, railways, customs as well as in sports. Almost all Anglo-Indians live in state headquarters and cities. Their population is low and largely scattered in different parts of the cities they live in.

*It is observed that amongst the various challenges and problems being faced by members of the Anglo-Indian community in India, the more significant ones are related to: (i) identity crisis (ii) lack of employment, (iii) educational backwardness, (iv) lack of proper housing facilities and (v) cultural erosion.

Considering the grave problems facing the community now, the government has to take urgent measures to extend the period of Article 334 (relating to political representation of the community) to save it from further deterioration.

Former member of Parliament, Dias is president of the Federation of Anglo-Indian Associations in India (Bengaluru).