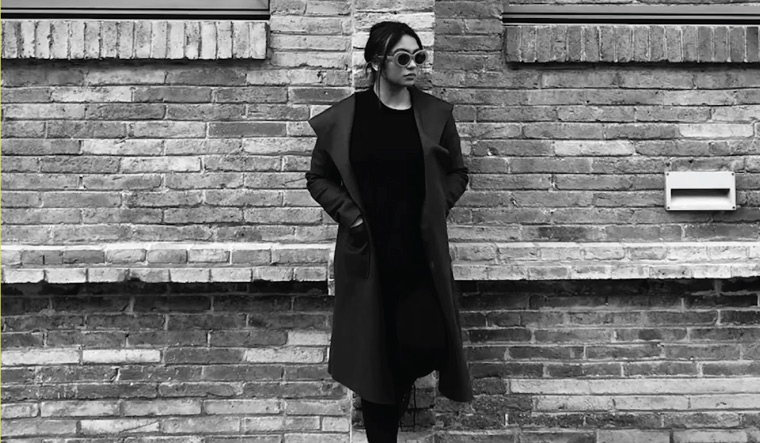 As Vidhie Mukerjea writes in her memoir, Devil’s Daughter, she does not want to be known simply as her mother’s daughter. Rather, she hopes by the end of the book that her readers will be able to see her as an individual in her own right. She describes herself as a misunderstood young woman, an independent person with her own identity, who refuses to be reflected in the light others choose to cast upon her. Unfortunately, her mother, Indrani—accused of murdering Sheena Bora, her daughter and Vidhie’s half-sister—is too notorious for Vidhie to remain at the centre of her own memoir. Ultimately, even as a shadow presence, Indrani looms large as the most magnetic character in this book. The USP of the book ends up not being a woman’s journey to self-realisation, but rather, an inside look into a shocking murder case through a daughter’s perspective.

The dynamics of the Mukerjea family is as complex and melodramatic as a saas-baahu serial. The story starts with Indrani’s messy divorce from her second husband Sanjeev Khanna. She tells Vidhie that she gave up all her money and property to get custody of her, born to her and Sanjeev. One night at a party, theatre personality Alyque Padamsee introduces Indrani to television executive Peter Mukerjea and the two hit it off immediately. After their marriage, Vidhie, too, develops a close relationship with Peter, whom she considers her real father. Later, Indrani brings Sheena from Guwahati, her hometown, to Mumbai and introduces her as “her sister” to Peter and Vidhie. Vidhie describes Sheena as incredibly beautiful and smart. “She topped every class, as had my mother, I’ve been told,” writes Vidhie. “Sheena effortlessly became a part of our lives. She treated me like her younger sister. Days were spent with us foolishly dancing around the room, watching movies, going out for ice cream, having stupid sisterly fights and making up. Inherently, I always felt we had a sisterly connection. She loved me so much and I did her.”

Things start unravelling when Sheena and Rahul, Peter’s son from his first marriage, become romantically involved and they make it known that Sheena is not Indrani’s sister, but her daughter from her first marriage with Siddhartha Das. When Peter and Vidhie confront Indrani, she flies into a rage and offers to take a DNA test and provide them with ‘proof’ that Sheena is her sister. “Here’s a thing about my mum, Indrani,” writes Vidhie. “She is one of the smartest women I know, and anyone who knows her will not disagree with this. She has the power to talk her way into and out of any situation. She had one of the toughest childhoods possible, and it honed her skill for self-preservation.”

When Sheena goes missing, Rahul gets suspicious. Indrani forces Peter to assure Rahul that Sheena has just gone to Los Angeles for a while. The day Vidhie returns from school on August 25, 2015, to discover the house in disarray and her mother getting arrested is poignantly described. “I walked into the living room and saw my mother sitting cross-legged on the sofa, a female police officer next to her,” writes Vidhie. “My mum seemed calm and composed. She smiled at me and said, ‘Hi bubs, how was school?’ Almost like she was oblivious to the fact that there were about 10 cops in our house, rummaging through our belongings.”

After the case turns into a media circus, Vidhie is bundled off to the UK, away from all the brouhaha, to attend college there. From this point on, the narrative veers from Indrani to Vidhie—her frequent panic attacks, her inability to adjust to life abroad or keep up with the demands of her course, her fear, insecurity, helplessness and rage at the cards life had dealt her. Gradually, aided by therapy, a stint in Barcelona and a relationship with a boy in New York, she starts healing.

Devil’s Daughter might not be written with exceptional insight or acumen—after all, Vidhie is only 23 years old—but its charm lies in its simplicity and honesty. You cannot help but cheer for this girl caught in the crosshairs of a drama she had nothing to do with. There are some intensely personal details in the book, and it must have taken some courage to pen them down. Like the time she overdoses on medication after a night spent consuming alcohol and googling information about her parents. She is discovered in her room frothing at the mouth. 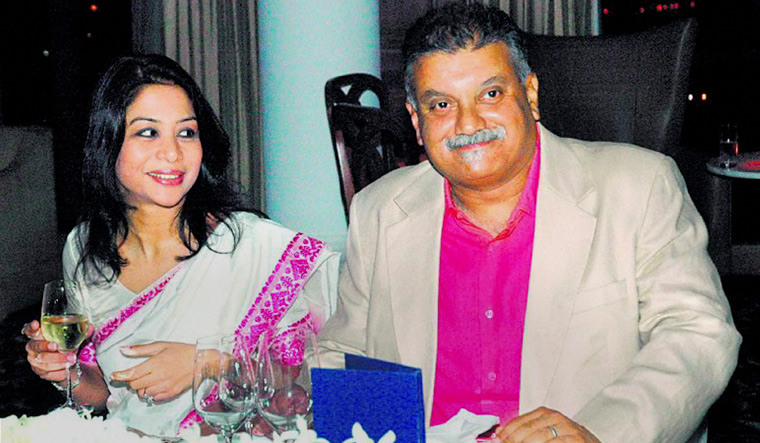 Better times: Indrani and Peter Mukerjea before she was arrested | PTI

“The moment I started writing, I knew I was going to go all out with the raw details,” Vidhie told THE WEEK. “These are integral parts of my journey that I needed to share. Currently, in this world we are living in, we are scared of ‘exposing’ the fact that we are going through a lot…. I feel honoured to be able to share these details through my book.”

And have her parents read the book? “They are incredibly proud and supportive of the fact that I have written this book,” says Vidhie. “It was always my journey to write, and they supported me throughout.”

In fact, it was a reconciliation with her mother at Mumbai’s Byculla prison that became a turning point for Vidhie. “When she came up to the glass and saw it was me, she gave me that same big smile. She knew why I’d come. She knew I needed her. I picked up the phone, as did she, and I cried and cried and said I was sorry,” writes Vidhie. “She began crying too and said, ‘Don’t cry, don’t cry, or I’ll cry. Don’t apologise. You are everything. I’m just glad you are here. I’m never leaving you. You have me and you have Papa. The same, always. You’ll always have us’.” From then on, Vidhie would go to meet Indrani every week in prison. Indrani would give her daughter a list of things to do to help her grow mentally, emotionally and spiritually.

And what is her relationship with her mother now? Does she think Indrani is innocent? Perhaps it is telling that she dedicates the book to her mother. “I do not know her or fully understand her,” writes Vidhie. “I do not understand some of her decisions and actions, and hope to get some answers and clarity in the coming years. I have dedicated this book to her so she can get to know me, the five years lost for both of us, the battles I’ve faced. Writing this book was my cure, this is for her….”