When a celebrity walks into a bar 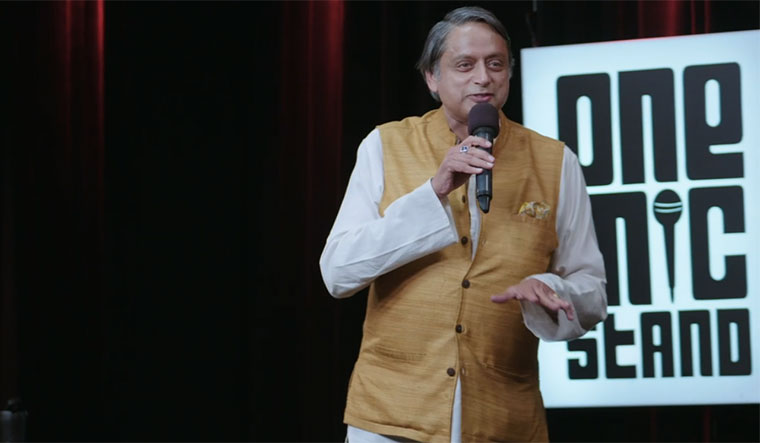 In the immensely watchable Talking Funny, a 2011 HBO chat between comedians Chris Rock, Jerry Seinfeld, Louis C.K. and Ricky Gervais, Seinfeld observes: “Nobody is more judged in a civilised society than a stand-up comedian. Every 12 seconds, you’re rated.”

Amazon Prime Video’s latest show, One Mic Stand, adds a layer to this observation. What if celebrities who are already judged, usually under a microscope on social media, turn up to do comedy one fine day?

Though the novelty of the premise does pull you in, it wears off far too soon. There have been several Indian shows centred on standup, especially on OTT platforms, and a saturation point seems close. It is like television producers in the late-2000s hitching their wagon to singing and dancing reality shows. Every channel had to have one.

But credit where it is due—each of the celebs tries. They each have their own mentor, or security net, in a comic who helps them shape their material. Each episode, five in total, is divided into the preparation bit and the act on stage. While Bam carries his YouTube confidence on stage, even getting a standing ovation at the end, Taapsee is more enjoyable in the prep bit of her episode. Her set does not soar, partly because she talks about being a star; a life not relatable to most. Chadha seems to have the sadness of a comic and touches upon hefty topics such as nepotism and sexual harassment, but falters on delivery. Dadlani talks about mental health, which is an important issue, but there is little punch to his material. He says one should not use serious medical terms, like depression, casually in conversation, but it sounds more like a public service announcement than a standup set. He is also shorn of his usual swagger on stage.

And last, and let us be honest, the sole reason most people are going to watch this series—Shashi Tharoor. The former diplomat exudes charm, but his set quickly devolves into a political lecture. To be fair, it is made amply clear that he had the least amount of time to prepare—24 hours—him being busy and what not. But, for a consummate speaker who would surely have regaled many an audience with funny anecdotes over the years, talking comes easy. The jokes do not always land, but his presence offsets that. Tharoor is probably the winner of this whole Amazon experiment.

Also, if nothing else, it must have been nice for the celebs to perform in front of an audience that roots for you and does not want you to fail. It must have also been a welcome departure from the rabid criticism they face online.

However, this does mean that, contrary to Seinfeld’s conversation, these celebs were not judged. Not as comics, anyway. Instead, they were made to look like the cool liberals who could take and deliver a joke. “See, we can laugh at ourselves, not like people on the other side of the fence,” they seemed to say. One wonders why Swara Bhasker, actor and much-bashed liberal, was not approached for the show.

In closing, the verdict. If you are a fan of standup, you might want to skip the show. But if you want to see stars being vulnerable and surviving an uncomfortable task, do tune in. Is the show fun? Yes. Is it funny? Not quite.