Ambedkar trivia: “I will not die a Hindu”, weak in maths and more 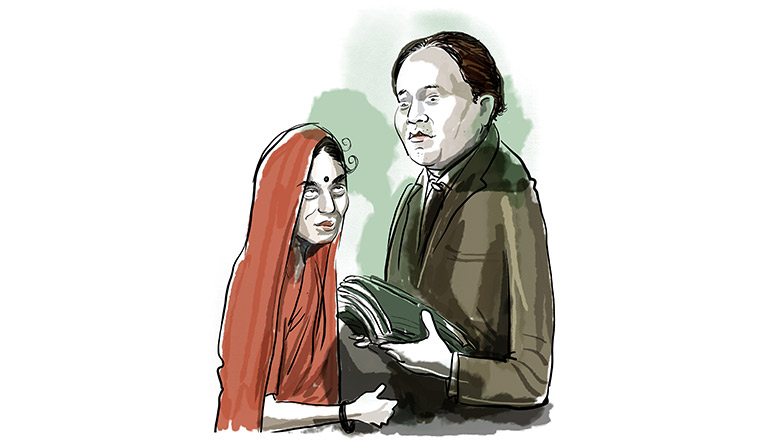 In Feb 1948, Ambedkar wrote to his fiancée, Dr Sharada Kabir (Savita Ambedkar after marriage): “You have not cared to inquire into my past. But it will be available to you at any time in the pages of many Marathi magazines.”

Ambedkar liked cooked radish and mustard leaves. He would fry them in ghee, like the Punjabis. Otherwise his food was simple: one chappati of bajra, a small quantity of rice, curd and three pieces of fish. Breakfast included toasts, eggs, and tea, a habit formed during his student days at Columbia University. 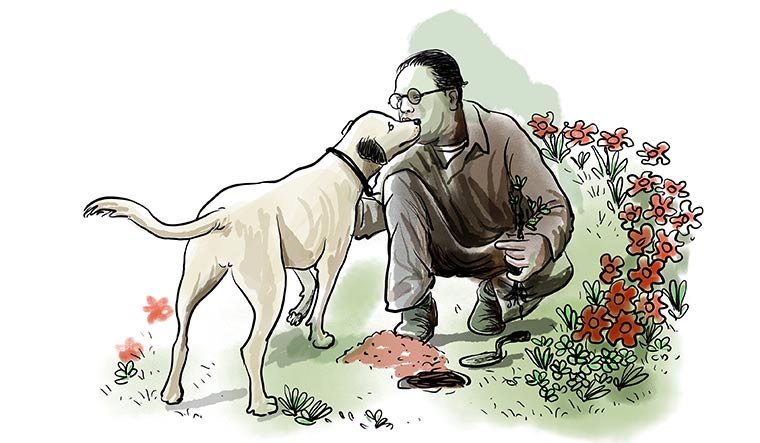 In tune with nature

Ambedkar loved dogs and is said to have sobbed like a child when his pet dog died in an accident. He also enjoyed gardening. The Daily Mail praised the garden he maintained at his official residence. 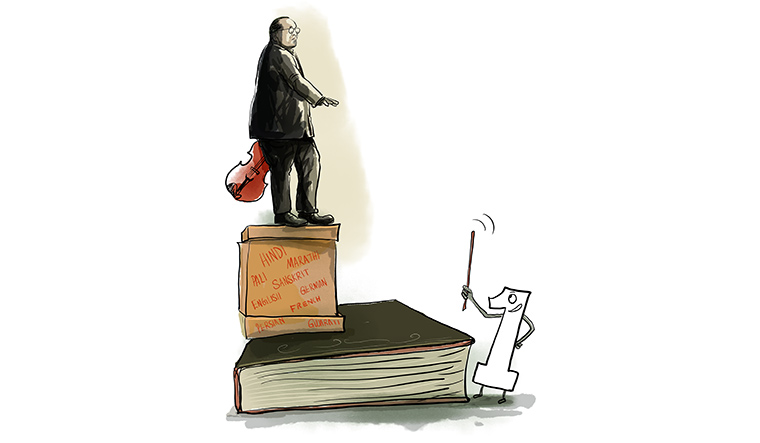 Ambedkar was ambidextrous and proficient in nine languages―Hindi, Pali, Marathi, Sanskrit, English, French, German, Persian and Gujarati. He played the violin and, while in college wrote a skit, A Wise Girl, based on Shakespeare’s King Lear. He also played cricket. But, he had trouble with maths. He once wrote to his college principal that he wished to drop a year as he was weak in maths. 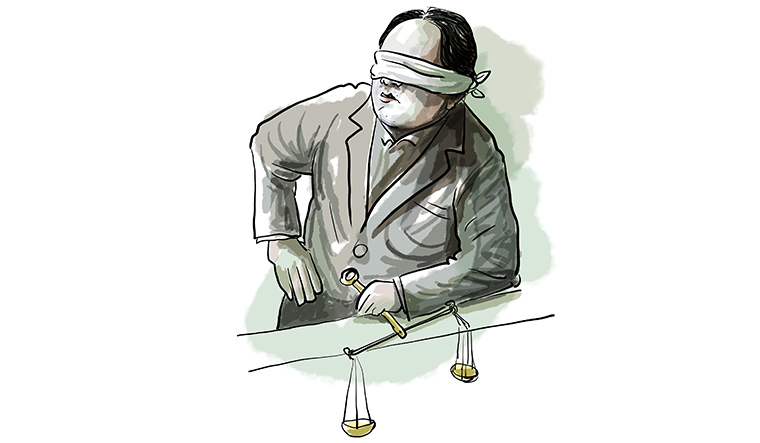 Former IAS officer Kartar Singh ‘Polonius’ wrote that Ambedkar as law minister patiently heard and redressed the grievances of small government officials and labourers who met him at his bungalow in Delhi. The bungalow thus came to be known as insaaf ki kothi or house of justice. When he left office, he arranged housing and jobs for his staff, from the private secretary to the sweeper. 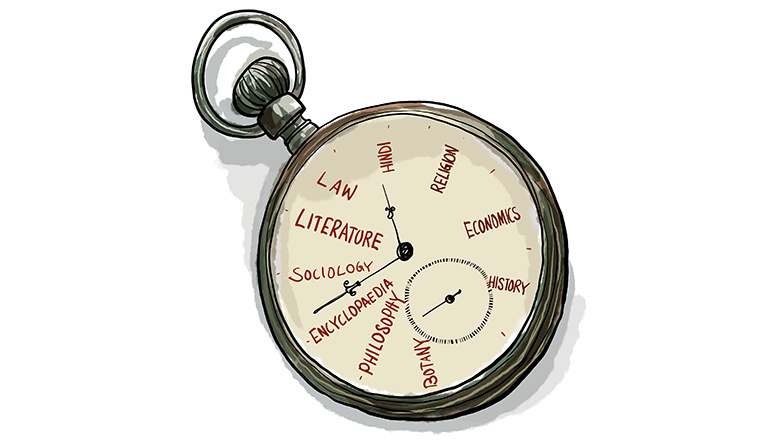 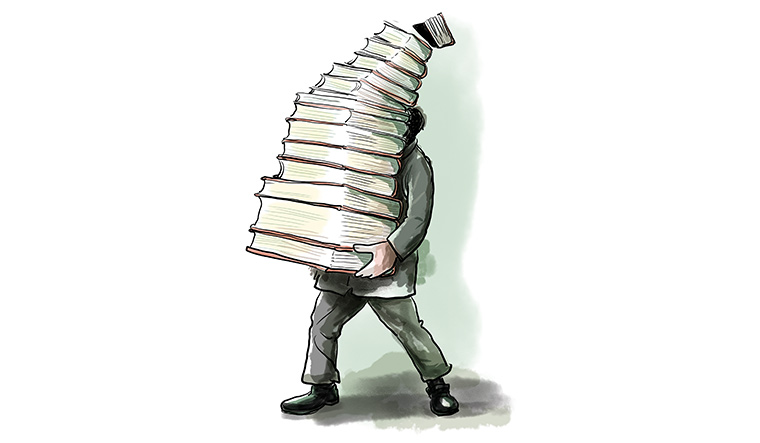 Ambedkar had a well-stocked library with more than 33,000 books, including some rare and unique titles. He used to visit Old Delhi’s Sunday bazaar to buy second-hand books. He read in the early hours. He once remarked that a good writer or a speaker should always aim to drop a bombshell. Three books made him cry―Life of Tolstoy, Les Misérables and Far From The Madding Crowd. He recommended Life of Tolstoy to Savita, before their marriage.

When Ambedkar was an examiner in Bombay University, the relative of an “untouchable” student requested him to ‘help’ the student pass an exam. “I made myself clear saying that if I wanted, I could easily do it, but I do not find it right.... I feel that untouchable student should not be less intelligent or less industrious than his counterparts. I think compared to others he should be an ideal student. The person left quietly when he heard me,” Ambedkar wrote later. 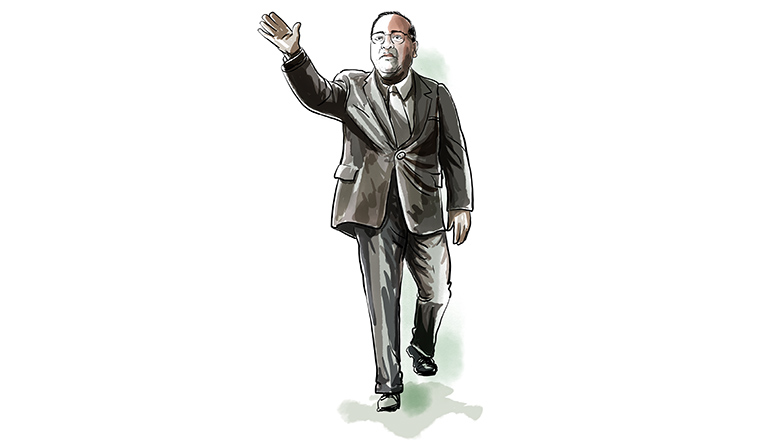 Someone told Ambedkar that he should discard western clothes and instead wear the national dress. “What is the national dress?” Ambedkar asked. What our ancestors wore, replied the person. Ambedkar said one could not give preference to some ancestors over others. If you go to the earliest ancestors, he said, well, they did not wear any clothes. 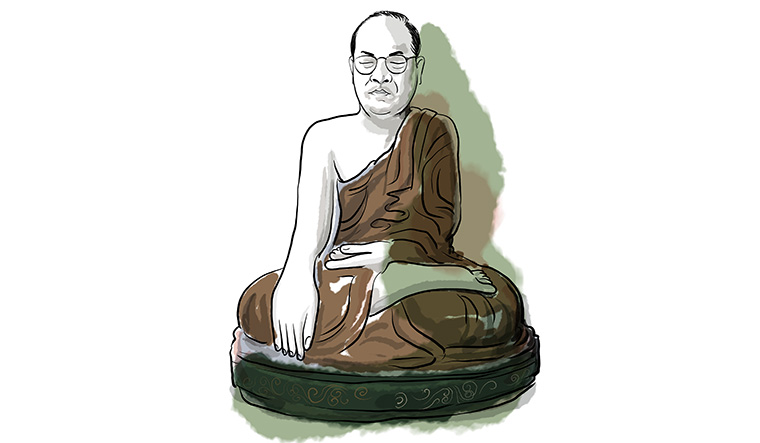 “I will not die a Hindu”

Ambedkar considered converting to Sikhism before choosing Buddhism. It was in 1935 that he decided to convert. At a depressed classes conference attended by around 10,000 people, he said: “I had the misfortune of being born with the stigma of an untouchable.... But, I will not die a Hindu....”

In 1937, Ambedkar contested from Central Bombay for Bombay Legislature on an Independent Labour Party ticket with manoos (man) as symbol. The party won 11 out of 15 reserved seats and three of four general seats. 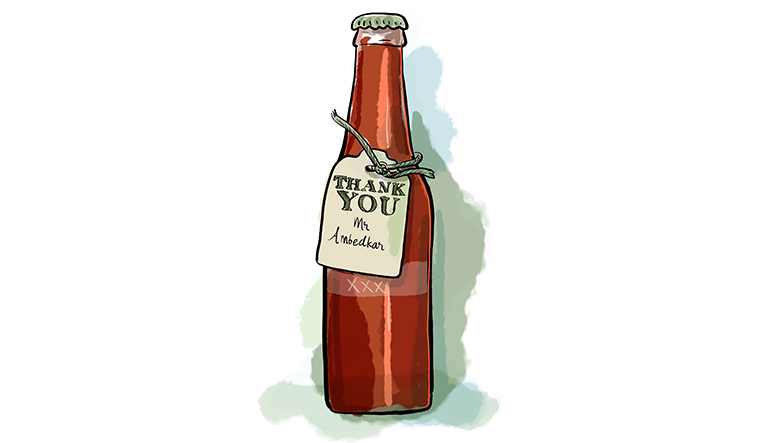 Ambedkar opposed prohibition. He said unreasonably high tax on alcohol was the main cause of illicit liquor. It is difficult to visualise, he said, how the government can make up for the loss of revenue suffered through prohibition.

Anand: ...The right to work should have been included as a fundamental right.

Ambedkar: I was only one of the members of the drafting committee.

Anand: So you became a lamb before the lions!

Ambedkar: I bleated a good deal, now I am roaring. 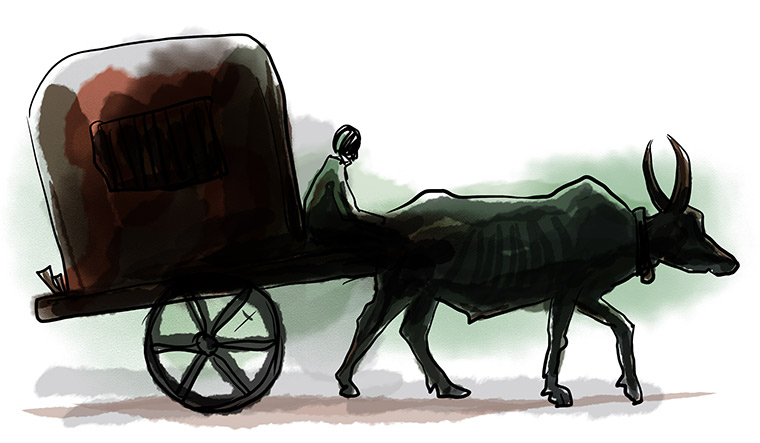 In his autobiographical Waiting for a Visa, Ambedkar poignantly recalls several experiences of discrimination because of his caste. Once, as a nine-year-old, he was forced to drive a bullock cart late at night in a strange place at the end of a long train journey. The cartmen at the railway station had refused to carry him, his brother and nephews because they were “untouchables”. 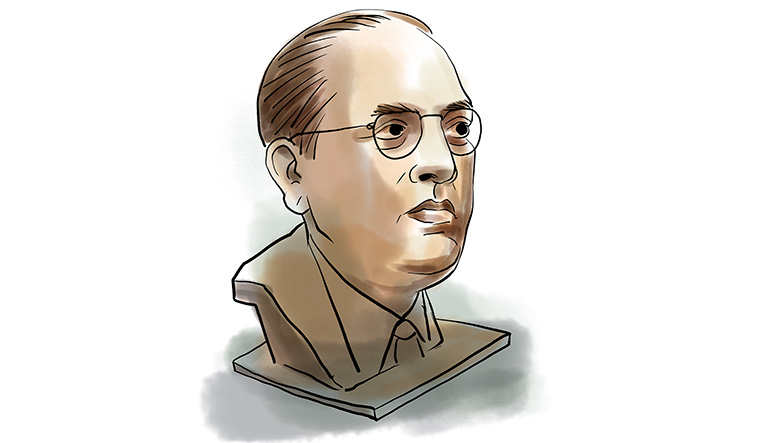 Ambedkar was the first Indian to obtain a doctor of science (economics) research degree abroad. He completed the DSc along with a bar-at-law degree from London in 1922. Columbia University, where he studied for three years from 1913, has a bronze bust of him.

Ambedkar once got a call from a Punjabi politician who said he wanted to join the Republican Party of India. “It is good that you plan to join us,” said Ambedkar, “but also tell me when you plan to abandon us.” 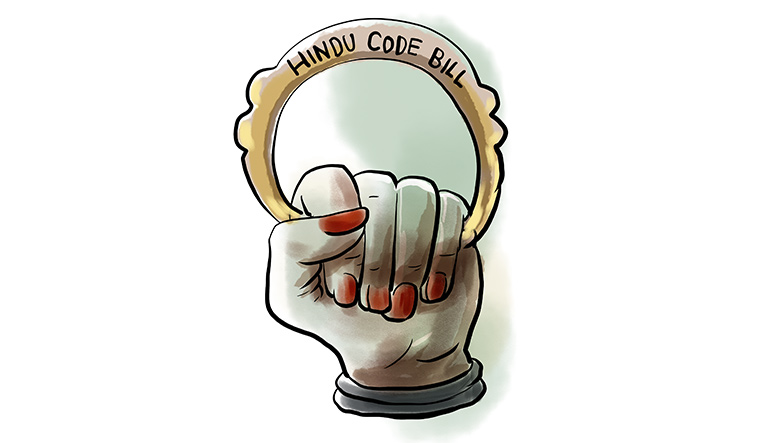 Reformer to the end

Ambedkar fought for three years to get the Hindu Code Bill passed. As a lawyer, he defended R.D. Karve, who wrote about the necessity for contraceptives and birth control. He also took up the defamation case of three people who wrote against Bal Gangadhar Tilak.