The mandate had been precise 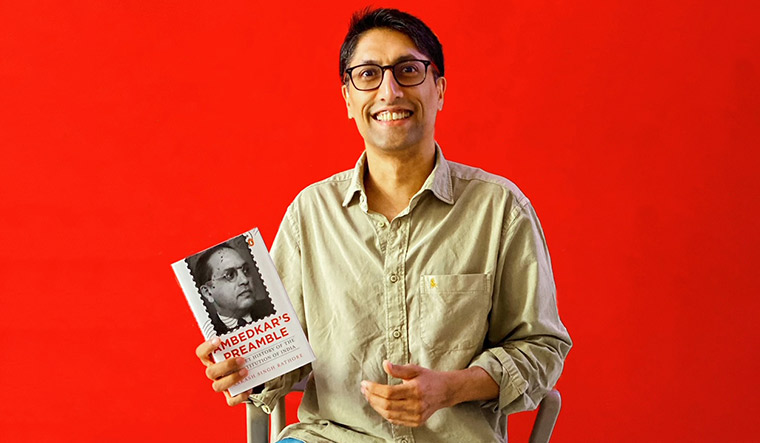 An interesting thing about the drafting of the Indian Constitution―the apotheosis of which, of course, we celebrate every January 26―was the way that the drafting committee responded to widespread communal violence and social unrest by adding new ideas into the Preamble. By introducing the term ‘fraternity’, the committee had actually wilfully exceeded the mandate that had been granted to them by the Constituent Assembly.

This mandate had been precise: the drafting committee was tasked with repurposing the unanimously adopted ‘Objectives Resolution’, moved by Jawaharlal Nehru in 1946, to function as the Constitution’s Preamble. But instead, Ambedkar decided to completely rewrite it. His rewrite focused upon the social as the foundation for the political. As he saw it, political democracy relied upon social cohesion, fraternity, for its success.

In 1948, Ambedkar had sent the completed draft Constitution to the president of the Constituent Assembly, Dr Rajendra Prasad, along with a cover note containing a confession about its departure from the Objectives Resolution:

“The committee has added a clause about fraternity in the Preamble although it does not occur in the Objectives Resolution. The committee felt that the need for fraternal concord and goodwill in India was never greater than now and that this particular aim of the new Constitution should be emphasised by special mention in the Preamble.”

Partition in particular, but long-enduring casteism, too, had alerted Ambedkar to the fact that Indian democracy could be erected either upon a foundation of fear and violence or upon a foundation of brotherhood and love. By introducing the novel term ‘fraternity’ into the Constitution, Ambedkar was decisively opting for love.

‘Fraternity’ was a concept of significance to Ambedkar for more than a decade prior to his work on the drafting committee. He had already spoken of it back in his 1936 speech published as Annihilation of Caste:

“Fraternity… is only another name for democracy. Democracy is not merely a form of Government. It is primarily a mode of associated living, of conjoint communicated experience. It is essentially an attitude of respect and reverence towards fellow men.”

Ambedkar also spoke about fraternity in his justly famous speech in the Constituent Assembly on November 25, 1949. Every Republic Day, numerous commentators in the media remind us of Ambedkar’s ominous forecast for ‘a life of contradictions’ from this speech. But very rarely do they highlight that Ambedkar’s solution to this problem was love:

“Political democracy cannot last unless there lies at the base of it social democracy… a way of life which recognises… fraternity as the principle of life…. Without fraternity, liberty and equality could not become a natural course of things. We must begin by acknowledging the fact that… we have in India a society based on the principle of graded inequality which means elevation for some and degradation for others… On the 26th of January 1950, we are going to enter into a life of contradictions…”

But still, a very different kind of question remained. What if this ‘life of contradictions’ persisted, perpetually unsolved, neglected by government and ignored by the majority of people? Would Ambedkar then condone activism, protest, direct action―whether student or otherwise―such as we had seen erupting over the last few years, before Covid-19 forced an end to public gathering? Was the revolutionary nature of Ambedkar’s thought fully subsumed within the ideal of constitutional democracy, or did he regard it legitimate to reach out beyond when the ends demanded such means?

Followers of Ambedkar remain divided on this question. On one side of the debate are those who would present Ambedkar as more statist. This Ambedkar demands commitment to constitutional methods, moving courts, filing RTIs (or FIRs if required), participating in electoral mobilisation, and in sum using all and only the political and juridical means appropriate to a democratic republic with free and fair elections and participatory governance.

The evidence that this side appeals to is once again Ambedkar’s November 25, 1949 speech. There, Ambedkar implored everyone to disavow the ‘grammar of anarchy’, to abandon the bloody methods of revolution, civil disobedience, non-cooperation and satyagraha.

The other side of this debate, however, is inspired by the radical Ambedkar of the 1920s and 1930s, with his Mahad revolt, temple entry movements, and other striking civil rights campaigns. They favour marches, street protests, dharnas and other direct action. Moderates on this side opt to take to these measures only after exhausting constitutional remedies. Radicals on this side, however, bypass them altogether, since they believe that common experience well-enough establishes the futility of investing hope in the state, given the systemic representational defects of the electoral process, elite- or vested-capture of every relevant institution, and caste-class-gender-community biases throughout all of its organs.

Perhaps surprisingly, this camp could actually appeal to the very same November 25, 1949 speech in support of its own radical position. For, only moments prior to his ‘grammar of anarchy’ comments, Ambedkar made strong remarks about Thomas Jefferson’s views on limitations of a previous generation binding a succeeding one. Jefferson’s radical view is encapsulated in this famous remark:

The Supremacy of Love

The topic of revolution is beset with ambiguities. In the Ambedkar debate, both camps make valid points. But if the side championing a statist Ambedkar is also championing a regressive state, we must obviously be sceptical of their good faith. Nevertheless, whichever course we opt to take, reposing full faith in the electoral process or supplementing it with direct action, Ambedkar was abundantly clear about one thing: the rules of engagement―that is, fraternity and goodwill―were non-negotiable.

Even years after the drafting of the Constitution, indeed right up until his death, Ambedkar did not stop speaking of ‘fraternity’. But by this late date he had re-conceived it in the light of Buddhist thought and practice:

“The Buddha… gave the highest place to fraternity as the only real safeguard against the denial of liberty or equality―fraternity, which was another name for brotherhood or humanity… The proper term is what the Buddha called Maitri.”

Maitri, loving kindness. This was what Ambedkar ultimately rewrote the Preamble to include and to espouse. It was the bedrock of the Indian Constitution. He made his reasoning clear, and we should be reminded of it every January 26: the Indian Republic would only thrive if its citizens chose love over fear.

―Rathore is the author of Ambedkar’s Preamble: A Secret History of the Constitution of India (Penguin, 2020) and a forthcoming book, Becoming Babasaheb: A Definitive Biography of Dr B.R. Ambedkar (Harper Collins, 2023).