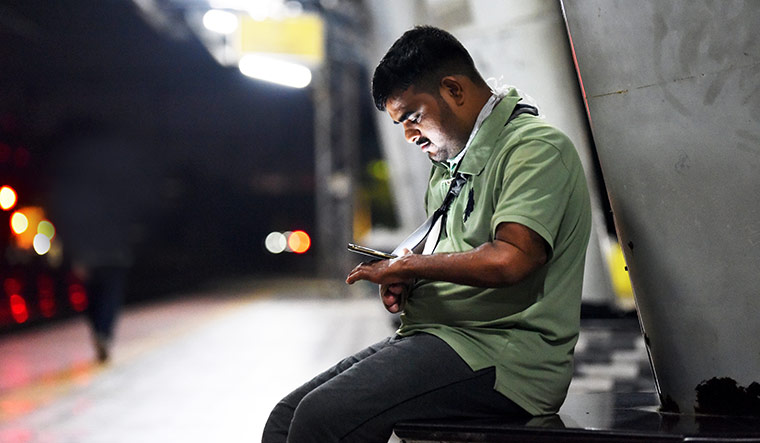 Hand’s on: Amaresh Hanumappa tries to use a phone for the first time after his surgery | Vishnudas K.S.

In September 2017, Amaresh Hanumappa, 25, was repairing a charged electric cable when he suffered a severe shock. Both his hands sustained multiple fractures and burns and had to be amputated. While the right hand was amputated below the elbow, his left hand had to be severed at the shoulder level. Hanumappa, an electrician with the Gulbarga Electricity Supply Company in Yadgir, Karnataka, soon became dependent on others for practically everything. And, that made him frustrated and anxious about his future. He had two options: prosthetics or a hand transplant. He chose the latter and signed up as a recipient with the Kerala Network for Organ Sharing in 2018. It was only early this year that a donor came his way.

On January 4, Vinod Sankara Pillai, 54, who worked in the Middle East, was visiting his family when he met with a road accident in Kerala’s Kollam district. His bike had collided with a bus and that left him with a serious head injury. He was declared brain dead. His family’s consent for organ donation was taken and, in a matter of hours, Vinod’s hands were severed and “prepared for transplantation”. The very next day, in what the doctors call a “marathon surgery”, the transplantation on Hanumappa was done. It was the first shoulder-level full bilateral hand transplant in India and Asia and the third one in the world.

But the surgery’s success is not guaranteed and it comes with high risks, making it all the more challenging. “It is a gamble, because one never knows whether the body will accept the ‘foreign organ’ or not. If it doesn’t, one has to take it out,” says Dr Mohit Sharma from the Centre of Plastic and Reconstructive Surgery at Amrita Hospitals. He, along with Dr Subramania Iyer, leads the hospital’s hand transplant programme; the team did the transplant on Hanumappa. While a successful transplant can improve a patient’s quality of life by “leaps and bounds”, says Sharma, it is not all rosy. “Getting this surgery means making a lifelong commitment to special medications, routine physiotherapy and lifelong medical appointments,” he says.

With Hanumappa, doctors carried out mock shoulder-level cadaver dissection five times because “shoulder-level surgeries are extremely complicated and one has no room for error”. Every recipient is asked to live in the hospital vicinity as they wait for an organ so as to ensure that the transplant is performed within a stipulated time. Hanumappa has been living near the hospital for almost two years. Once Pillai’s family consented to the organ donation, the medical team left for Thiruvananthapuram the same night. Next morning, they reached the hospital to retrieve the limbs. “In queue were those seeking his liver, kidney [and] other organs,” recalls Sharma. “We asked if we could go first and remove the hands because the patient was brain dead but the heart was beating and the blood supply was going on. [If] the full circulation stopped, we would face difficulty to sever the hands then.” 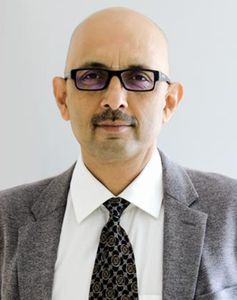 Retrieving an elbow-length arm is easy and takes only 20 minutes. “However, in retrieving a shoulder-level arm, we need to cut major arteries, veins high up the neck, and it takes a lot of time, because the chances of bleeding are very high,” explains Sharma. “In the process if the patient becomes unstable and dies, then the heart surgeon won’t be able to retrieve the heart, and the others won’t be able to retrieve any other organ.” Once the hands were severed, they were preserved in a solution and ice pack and brought back to Kochi via a helicopter in an hour.

In Kochi, Hanumappa was wheeled in for an 18-hour surgery involving a team of close to 20 surgeons, including the orthopaedic and plastic surgeons, and 10 anaesthetists. Medically, this is known as vascularised composite allotransplantation. In Hanumappa’s case, it began with the finding of arteries and veins to restore blood circulation, followed by the attaching of muscles, connecting the nerves and closing the skin. A 25-year-old getting the hands of a 50-plus man was a concern, but since the donor did not have arthritis or any orthopaedic injury, it was fine. Also, the nerves that grow in the hand are dependent on the recipient patient’s age and not the donor’s, says Sharma.

Hanumappa’s recovery, however, is likely to be slower because his burn injury caused severe nerve and vessel damage. It will take time for the nerves to grow and function. “The higher you go, from the palm towards the shoulder, the lesser the chance of recovery,” says Sharma. “In case of shoulder level transplants, it takes at least two and a half years for us to know what the effect has been like.”

Moreover, in Hanumappa’s case, the transplanted hand had a vessel blockage. “We did not identify it initially,” says Sharma. “Also, there was a blockage in the blood supply to the palm of the hand and to all the fingers. This led to all his fingertips becoming gangrenous, that is death of the tissue due to the lack of blood flow. So, now he has two hands at different levels, and the length of his fingers are unequal.”

Despite the challenges, Hanumappa shows no signs of regret. He continues to live near the hospital. “Life is going fine now that I have both my hands,” he says. “However, my right shoulder pains intermittently and I am told I would have to undergo one more surgery because the bone has dislocated.”

Iyer remembers Hanumappa as a “very motivated” individual who was “desperate to be independent” and wanted to “get back to normal life”. “Every week he would eagerly stand in front of my room,” says Iyer. “[He is] the most persevering recipient I have seen in a long time.”

The challenge, says Iyer, is to keep up with the high doses of immunosuppressants for life. “A couple of our patients did contract Covid-19 after the hand transplant and survived, but they have to be careful,” he says. “Under no circumstances [can they] stop the immunosuppressants.”

There has been an ongoing debate on putting an otherwise healthy patient on lifelong immunosuppressants for a non-lifesaving procedure and thereby risking infections. The New England Journal of Medicine reported the 20-year followup of two men who underwent bilateral hand transplantation performed by teams in France and Austria. Patient 1 (France) was 33 years old at the time of transplantation, and patient 2 (Austria) was 47. The two men received immunosuppressive treatment. One of them had serum sickness, high blood sugar and high cholesterol during the early post-transplantation period, followed by scabies and other complications. The second patient had recurrent infection along with hyperlipidemia, type 2 diabetes and two basal-cell carcinomas.

Iyer and Sharma argue that it is essential to give immunosuppressants, even if they have side effects, as otherwise the body will reject the new organ. The drugs can damage kidneys, affect mood, raise the blood pressure levels, cause diabetes in the long run and weaken bones. “There is also the chance of developing cancer because the immunity is suppressed,” says Sharma. “[Also], the rejection of the transplanted hands can narrow the arteries and the hand will have to be eventually removed. But that does not mean that we don’t try.”

Sharma, however, adds that seven of their 12 patients are doing well with transplanted hands. And, they go for transplant only when the patient has lost both hands, as the amount of drugs given are the same in a single hand transplant as well.

“So, prosthetics are better [for single hand transplant],” says Sharma. “The risks do not justify the rewards.”