The art of performing complex surgeries 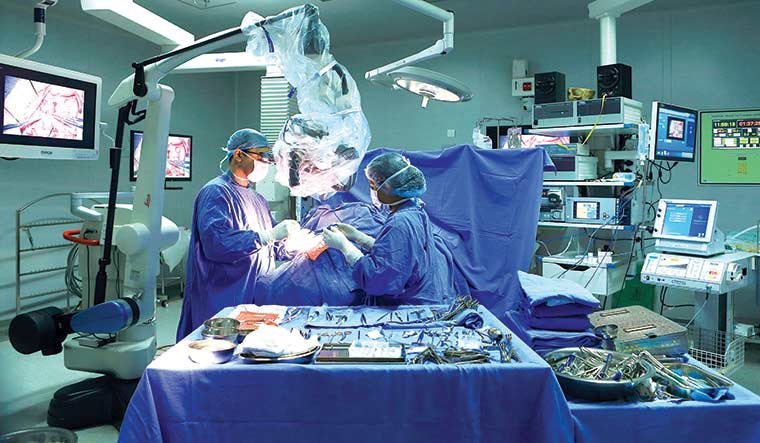 Saviours in action: The operation theatre at Aster Medcity, Kochi.

Becoming a qualified surgeon demands years of dedication, personal sacrifice and resilience. Surgeons have to deal with life-and-death situations on a daily basis, and clinical decision-making is a core competency to perform complex procedures. Some of these complex procedures require hours-long effort and support from a multi-disciplinary team.

Surgeons are not superhumans. They, too, have limitations. Knowing one’s limitations is important, says Dr Dilip Panikar, senior consultant, neurosurgery, Aster Medcity, Kochi. “Because when you push the limits of tolerance, you also add the factor of exhaustion and impaired judgement, both of which are not acceptable in an operation theatre.”

If it is an hours-long operation, it is never a single doctor who does the operation from start to end. “I know when I am getting exhausted,” says Panikar. “At this point, I may ask one of my colleagues to come in so that I can step out. Because it is not about me doing the operation alone, it is about the person on the table getting the best possible care.”

Also, newer advanced technologies are changing the way surgeries are done. Take, for instance, skull base surgery. “The traditional open skull base surgeries require incisions in the facial area and in the skull,” says Dr Noufal Basheer, who is leading the programme of endovascular neurosurgery and stroke interventions at Aster MIMS, Kozhikode. Earlier, the surgery would be done using an operating room microscope, and require the brain to be retracted to reach the base. “However, in an advanced endoscopic skull base surgery, there won’t be any visible wounds. Also, the entire surgery would happen without even touching the brain.” The patient's post-operative recovery is faster in endoscopic procedures.

Doctors at Aster DM Healthcare explain the art of performing complex surgeries through some of the high-risk and advanced procedures they did recently:

In December 2020, Shane Bernard Croner, 59, was admitted to a hospital in Colombo with severe chest pain and intractable hypertension. The hospital gave some primary treatment, but the Sri Lankan continued to have life-threatening and uncontrollable blood pressure. That is when his CT scan images were shared with Dr Rohith Nair, consultant interventional radiologist, Aster Medcity, Kochi. A team of doctors at Aster then confirmed Croner’s condition―aortic dissection, in which the inner layer of the aorta, the largest artery in the body, tears. The scan report revealed that the dissection in Croner’s aorta had progressed towards his heart. “Acute aortic dissection is associated with high mortality; a majority die even before reaching the emergency department of a hospital,” says Dr Manoj P. Nair, veteran cardiac surgeon, who led the multi-disciplinary team that treated Croner.

As hospitals in Colombo were ill-equipped to handle the high-risk case, Croner was airlifted to Kochi. In aortic dissection, the aortic wall would split into two lumens (channels)―a true lumen and a false lumen. When there is high blood pressure in the false lumen, the true lumen is compressed, and this decreases blood supply to the organs, leading to organ failure. “The patient came here with chronic chest pain; his disease was progressing,” says Manoj. “So, we decided to proceed immediately with a complex surgery to save him.”

The medical team concluded that the frozen elephant trunk technique―a novel procedure that involves stent-grafting and which is performed only in limited centres in India―was the only option to save Croner’s life.

“As part of the surgery, we are required to stop the heart for hours,” explains Manoj. “Then we had to replace the main artery, which supplies the entire arterial system in the body. That means we had to stop the blood circulation to all organs in the body, including the brain, for quite some time, and also keep all the organs cool during the surgery (hypothermia technique) so that they do not get damaged.” The diseased part of the main artery is replaced with an artificial pipe that has two components―one is the stent portion and the other branches to the brain vessels and the remaining main artery that comes from the heart.

“The procedure was like repairing a car,” says Manoj. “You cannot repair it while the motor is running. The risk was that any organ could have failed after the surgery. So we took all precautions to preserve these organs.” The 12-hour procedure saw a team of cardiologists, cardiac surgeons, an anaesthesiologist, a radiologist and a perfusionist, who would perfuse (supply blood) different parts of the body while the heart is stopped.

“There was tremendous planning for this surgery,” says Manoj. “But remember this was an emergency procedure. So all this planning had to be done in limited time!”

Marjan, 26, weighed just 27kg when she first came to Aster Medcity, Kochi, from Lakshadweep. Since she was six, she had gastric symptoms, difficulty in swallowing, recurrent episodes of vomiting and she failed to gain weight. She also had bone deformities and joint issues because of malnourishment.

Marjan’s brother Muhammad Kasim says they took her to multiple hospitals that put her on numerous medications, but nothing helped. “We were always sent back home with the verdict that it was a digestion issue,” he says. “But her health was declining day by day.”

At Aster, an endoscopy was done first. “Ideally, the food has to be in the stomach. But we found food particles right up to the neck,” says Dr Jeffey George, consultant, medical gastroenterology, Aster Medcity, Kochi. The doctors found that a muscle between the oesophagus and the stomach was not relaxing. “Ideally, this muscle must give way for the food to pass into the stomach,” says George. “We figured out that the patient was suffering from achalasia cardia.”

The doctors had a tough time negotiating Marjan’s oesophagus. “It was an S-shaped oesophagus―instead of going through a straight line, it took multiple turns because of the underlying abnormalities,” says George. “The only solution was to go for a novel endoscopic surgery known as POEM (Per Oral Endoscopic Myotomy).” A gruelling surgery, thought doctors, would be aggressive on a weak and malnourished Marjan and could result in postoperative complications, hence they opted for POEM.

POEM is categorised as a ‘third space surgery’. Third space is the potential space inside the wall of the gastrointestinal tract. “We did a minimally invasive endoscopic procedure in which the muscle which was failing to relax was cut into two and the passage of food was corrected,” says George.

All it took was 90 minutes of POEM to end Marjan’s 20-year suffering. 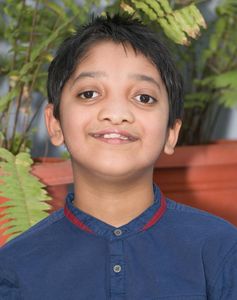 A part of the brain hanging from the nose like a pendulum―eight-year-old Misbah Syed’s condition was extremely rare. Misbah had a congenital disorder called nasal encephalocele. This disorder occurs when a developing baby's skull does not close completely, because of which a part of the brain extends through the hole in the skull.

“The child presented with a cleft lip, a cleft palate and a swelling inside the mouth,” says Dr Ravi Gopal Varma, lead consultant neurosurgeon and chief of neurosciences, Aster CMI, Bengaluru. “The pulsating mass in the child’s mouth looked very ominous because each time his heart was beating, one could see the swelling move.”

A CT scan revealed that the front part of his brain had settled down in his nose. “The child’s brain had descended as a pouch, and the bone between his brain and the eye was deficient,” recalls Varma. “Even though there was no impact on his brain activity, there were chances that this encephalocele could rupture and the cerebrospinal fluid flows out. This, in turn, could have caused a life-threatening scenario for the child.”

Misbah’s nose, too, had deviated to the right and left, says Dr Prateek P. Nayak, consultant, ENT surgery, Aster CMI Hospital. “Furthermore, the child had a cleft lip and cleft palate, making the surgery unique and challenging because, while reconstructing, we had to save a lot of blood supply to the nose.”

To deal with these challenges, doctors decided to conduct the surgery in two parts. As part of stage 1, doctors opened Misbah’s skull and then retracted his brain. “We isolated the normal brain from the sac of non-functioning brain matter that hung from his face,” says Varma. “We then placed an artificial bone between the two eyes and another bone on that to ensure that the brain does not fall again into the nasal cavity. In stage 2, we repaired the child’s cleft lip.” The opening between the brain and the nose was endoscopically patched in stage 2. Also, doctors ensured that his nasal blood supply and septum were maintained. Post surgery, Misbah had speech therapy. Three months later, his cleft palate, too, was surgically repaired.