China has vital maritime interests in the Indo-Pacific region 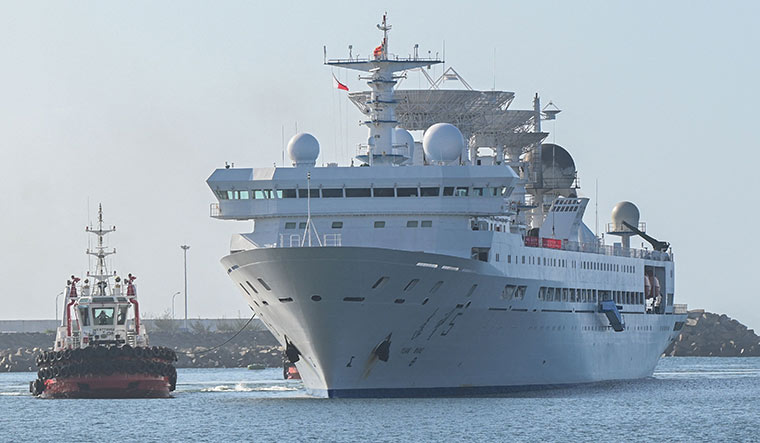 Next door menace: A Chinese ship that can track satellites and intercontinental missiles docked at Sri Lanka’s Hambantota port on August 16 | AFP 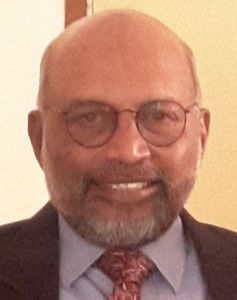 IN THE NEXT fortnight or so, we will witness the commissioning of India’s second aircraft carrier, Vikrant—the first to be designed and built in our country. This is surely a red-letter day for all Indians, in general, and the people in whites, in particular. I was present at its keel-laying ceremony as the then vice chief, and having associated with the initial stages of design and execution, it is a satisfying and thrilling feeling that I have today.

Today, India occupies a dominant position, jutting out into the Indian Ocean, sitting astride the busy lanes of communication that transit the ocean. Our long coastline of 7,516km and exclusive economic zone (EEZ) of over two million square kilometres, with over 72 islands and islets, several deep-water major and minor ports, are vital maritime assets. Ninety-five per cent of our trade by volume flows across the sea and accounts for nearly 50 per cent of our GDP. India has all the essential constituents for being a maritime power. There is, however, a major lacunae that exists—domestic shipbuilding.

The Indian flagged merchant ships make up only 1 per cent of the global merchant marine and it account for just 7 per cent of our total trade. This important aspect of our maritime power needs to be strengthened. On the other hand, we have done well when it comes to indigenous warship construction, with almost all our ships being built in Indian shipyards, and Cochin Shipyard has had the honour of building our first Indigenous Aircraft Carrier (IAC). However, there is a strong case for faster shipbuilding as at present it takes much too long.

The Navy is the primary instrument of India’s military maritime power. Taking into consideration our vast interests, the Navy had formulated a maritime security strategy for ensuring secure sea comprising strategies for deterrence, conflict, shaping a favourable and positive maritime environment, coastal and offshore security and capability development. Based on these strategies a long-term capability plan was developed. While much of this plan remains classified, what has now come out in the public domain is the necessity for three aircraft carriers, one each with the western and eastern fleets, and one always available to fill during long periods of non-availability of one or the other aircraft carrier due to maintenance.

The maritime interests and threats have expanded largely during the recent times with rapid expansion of the Chinese navy, which has already commissioned two aircraft carriers and further four, at least, are understood to be in the pipeline.

By any standards this is a massive capability. When considered along with the numerous large-landing ships, powerful destroyers and frigates, stealthy and long-range deployable submarines that have been recently commissioned or are in the pipeline, it points to aggressive Chinese maritime intentions and the intent to develop a navy capable of matching or overtaking the powerful US navy.

It is well known that China has vital maritime interests in the Indo-Pacific region, some of which will be in direct conflict with ours. It is against this scenario that we must look at our capability building, which must cater for safeguarding our interests in the Indo-Pacific. This, I believe, can only be provided by developing powerful task forces centred on aircraft carriers that can exercise effective sea control in our areas of interest and deny the same to our adversaries. I am confident that our planners will take the Chinese factor seriously and incorporate necessary upgradation.

Many ask how carriers can change the war-fighting effectiveness of a maritime force. A Carrier Task Force (CTF) is a group of ships comprising one or more carriers, numerous destroyers, frigates and even submarines. The ships and submarines operate in various layers around the aircraft carrier, based on threats and mission. The mutual support provided by the aircraft of the carrier, weapons and sensors of escort units makes an impregnable protective umbrella around the force.

This can be compared to an iron fist, which will parry any air, surface or underwater threat and apply a massive force, like a fist, where required. All elements of a tactical operation—surveillance, command and control, firepower—will be available within the force for operational effectiveness. The aircraft from the carrier can be deployed for surveillance, targeting and neutralising near and far air, surface and underwater threats. Without the close support of integral aircraft this impregnability and the iron fist semblance will be greatly compromised.

From my experience as officer in tactical command in the Malabar Exercise of 2006—with two US navy carriers Kitty Hawk and Enterprise, each carrying about 100 aircraft and about 20 ships and submarines—I found the Bay of Bengal too small, as the surveillance and targeting capability of such a huge task force was so good and effective that it was beyond one’s imagination. Such is the capability of aircraft carriers and the need to acquire them to safeguard our maritime interests in the whole of Indo-Pacific.

In the absence of the aircraft carrier there will be no protection to surface ships beyond their individual or combined weapon capabilities, which are limited, and they will remain highly vulnerable to long-range attacks, which can only be neutralised by carrier-borne aircraft, as shore-based air will be incapable of providing any meaningful and effective close support beyond very limited ranges from the coast. Since maritime forces operate far from the coast, the air protection can only be provided by carrier-borne aircraft. A case in point is the recent sinking of the Russian flagship, Moskva, which, despite its powerful weapons, was targeted by a long-range missile attack. Had there been close air support, the opposing surveillance and targeting system could have been disrupted or attacked and the origin of attack neutralised.

Vikrant will be a medium-size carrier and hence the number of aircraft that it could operate would be limited, compared with the large carriers. If we are serious about effective CTF, our next carrier should be much larger, and hopefully IAC-2, with such capabilities, will graduate from the present proposal in files to the construction phase expeditiously. Vikrant and Vikramaditya, our two aircraft carriers, will in the short and medium term provide the carrier element to our iron fist formations and accomplish the varying maritime tasks. I am confident that the new Vikrant will outdo the exploits of its predecessor and keep our flag flying high. Jai Hind. Shano Varuna.

The author is former vice-chief of naval staff