This is nothing but operation lotus: Sharad Pawar 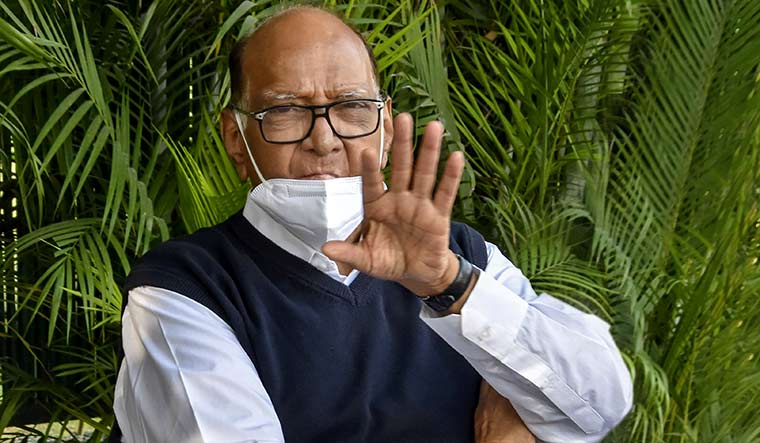 Q. How do you look at the developments in Maharashtra?

A. We have seen this kind of situation in the past with the Shiv Sena. And we have also seen what was the result. This time, the situation is a little different. In the past, when I was Congress chief minister, Chhagan Bhujbal joined us with 19 MLAs. We had to give them full protection for six months. Ultimately, only one of them could win the elections again in 1995. Even Bhujbal lost. My observation is that people do not like this kind of mass exodus. This is defection.

Q. The Shiv Sena clearly does not have the numbers right now.

A. It is not a question of the Shiv Sena alone, this is a three-party government of the Shiv Sena, the NCP and the Congress. As of now, it looks like there are 38 or 39 MLAs from the Shiv Sena who have gone to the other side. Ultimately, it is a coalition government. It will affect all three parties. We have to admit that if the same situation continues, the results will not be favourable for us. But there is also the possibility that some MLAs are in touch with the Shiv Sena leadership and with some of us. They said it was difficult for them to leave right now as they were surrounded by the police and BJP workers. So unless and until they reach here (Mumbai), it will be difficult for us to discuss things with them. We are confident that the moment they come here, they will tell us that they were taken away forcibly and that they are with the Shiv Sena.

Q. Do you think the BJP is behind all this?

A. The MLAs were in Gujarat and then in Assam. Who is ruling these states? I heard today that the chief minister of Assam requested Eknath Shinde to leave because there were several agitations in his state. Assam is facing a devastating flood and in such a situation, it is the responsibility of the government to help and protect the local people. The administration, instead, is busy protecting, supporting and helping the rebel MLAs. That is why the chief minister asked them to leave.

Q. Will you call this operation lotus in another name?

A. Definitely. Without BJP support, they cannot go to Gujarat or Assam. The BJP is taking all the decisions.

Q. The anger of the rebels is directed mainly towards the NCP.

A. Shinde has always been helping MLAs, particularly his party's MLAs. When Diwali comes, he will send gifts. If someone has a marriage in his family, he will help. He will always support these people. When the Maharashtra Vikas Aghadi (MVA) government was formed, he was elected Shiv Sena legislative party leader and there was talk that he would become chief minister. But we suggested Uddhav. We were not exactly aware about the thinking in the Shiv Sena. It looks like there was some understanding that Shinde would get an opportunity. When that was not possible, the unhappiness started. From that day, he started planning. It is not easy to take 40-45 MLAs to Gujarat and Guwahati in a day.

Q. Doesn’t it mean that Uddhav was totally unaware of the developments?

A. Shinde’s job was to handle party affairs. Uddhav had full confidence in him and supported him.

Q. But the home ministry is with your party. The home minister had no idea that so many MLAs crossed the Maharashtra border. Even Shamburaj Desai, the minister of state for home affairs, left. Is it not a big intelligence failure?

A. I don’t think that was the case. My information is that the state intelligence department had sounded an alarm.

Q. Do you think the MVA experiment failed?

A. How can you say that? For two and a half years, we have managed to run the government efficiently. This is happening because certain Shiv Sena MLAs decided to desert the alliance.

Q. Senior Congress leader Mallikarjun Kharge recently said the BJP was doing all this to win the presidential elections.

A. I don’t know, he might be having some more information. But when the governments of Odisha and Andhra Pradesh have decided to support the BJP candidate, I think they are in a comfortable position.

Q. Do you think Central agencies like the Enforcement Directorate have played a role in this rebellion?

A. One hundred per cent. They have been working in that direction for some time.

Q. What is your advice to Uddhav?

A. He should fight. Uddhav has very committed party workers. The Shiv Sainiks are with him. There is a vast difference between Shiv Sainiks and other party cadres. They will go to any extent for their cause and their party. On many occasions when such crises occurred, they fought like anything.

Q. What is the future of the Shiv Sena?

A. There will be new and much younger leaders in the party.

Q. But will the party retain its aggression and dynamism?

A. The party will become more aggressive and dynamic. Uddhav has taken a different approach. Because he is chief minister, it is his responsibility to maintain law and order and the Shiv Sena had to make many compromises. If the government is not theirs, then the Shiv Sainiks will be free.