The party still remains the voice of Marathi people, in Mumbai and elsewhere 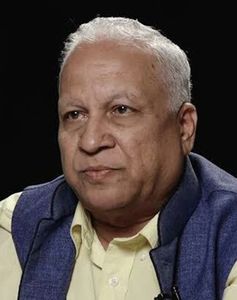 Sooner rather than later, there will be a blockbuster movie, ‘Guwahati Files’. I have learnt from reliable sources that the movie contains sensational shots and conversations between the bosses in the BJP and the brave rebels from the Shiv Sena. There are the usual elements—money bags exchanged and contracts signed for petrol pumps and, of course, luxurious flats in metros. There is even a scene that resembles the one in the iconic mafia film—The Godfather—where the character Don Vito Corleone says coolly and firmly, “I’m gonna make him an offer he can’t refuse”. Those who have seen the chilling drama know that the refusal of the offer will have dangerous consequences. Nobody is sure whether the shots and dialogues in the ‘Guwahati Files’are real or morphed—we are all too familiar with such ‘files’ and tend to believe them as we have no means to check their veracity.

‘Guwahati Files’ begins, not in Assam, but in Gujarat, in its diamond city—Surat—and reaches its climax in Guwahati. The ‘endgame’, however, has not yet come. The ‘endgame’ is not just political but also mathematical. Even the mafia dons don’t really know such advanced algebra. And when politicians play number games or mathematicians play political games, there is bound to be a blunder that cannot be understood or explained. 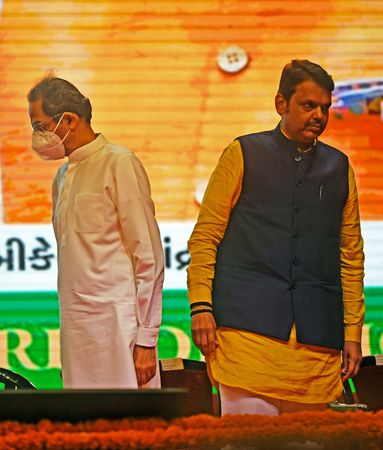 This number game began with 17 so-called rebels going to Surat. Then two of the ‘magnificent 17’ managed to “escape”, reducing the rebel count to 15. But when the 15 were secretly escorted to a private plane by the Gujarat police, suddenly there were 37 rebels! How the number went up from 17 to 37 is a mystery being explained in the ‘Guwahati Files’. That is where the ‘Godfather’ comes in.

There is a second part to the Guwahati scenes, which takes place in Mumbai—the city of Sacred Games and of political master Sharad Pawar. He had played a similar game in 1978 when he rebelled against his party’s chief minister Vasantdada Patil and brought in a coalition called the Progressive Democratic Front or PDF. Pawar became chief minister with help from the Janata Party that had members of the RSS-backed Jana Sangh.

However, in the current scenario, it is unlikely that the chieftain of rebels—Eknath Shinde—will become chief minister. That is because Devendra Fadnavis will not give up what he thinks is his birthright. A senior leader, sitting in Delhi, has orchestrated the Guwahati Grand Game. He has been trying to dislodge Uddhav Thackeray, who had himself rebelled against the BJP-Sena alliance and become chief minister with the strategic support of Pawar, said to be the world champion in political chess.

Pawar was witness to another game in 1991 when Chhagan Bhujbal rebelled against the Shiv Sena leadership and joined the Congress (then united Congress) with 18 rebels. But then, too, six rebels from the Bhujbal gang returned to the Sena. The legitimacy for defection then was one-third of party MLAs. So, 18 was enough, but when six returned to the original fold, the game boomeranged on Bhujbal and Pawar. In the Byzantine situation that emerged, Pawar played the trump card of speaker, who said that he had certified the first defection of 18 and so it was legitimate. The second defection of six was from the first group, so they, too, would be legitimate defectors (as per the one-third rule) but without making the first 18 illegitimate! So Bhujbal survived with his supporters.

But in those days the BJP was not strong enough, and the media, judiciary and other agencies were relatively independent. Today, the agencies and the overall system are under the command of the senior leaders of the BJP. Therefore, the technicalities and the strategic wisdom of Pawar are unlikely to come to Uddhav’s rescue. The Shinde-led rebels are backed by those who have made them the offer they cannot refuse. Indeed, if they dared to refuse, they are aware of the consequences, irrespective of whether they have seen the epic film or read the classic.

Whatever may turn out to be the endgame, the new government will remain on tenterhooks—neither Shinde and his rebels nor the Fadnavis-led team of BJP swayamsevaks will be autonomous political beings; they will swing to the puppeteers’ strings.

It is necessary to understand the very DNA of the Sena. The Shiv Sena was initiated and inspired by Balasaheb Thackeray, but it took shape and character on the streets of Mumbai and Thane. It was a spontaneous and rather wild expression of the anger and frustration with the then prevailing polity. It still remains the voice of the Marathi people, in Mumbai and elsewhere. The identity politics that has grown in the country has not evaporated. The DMK split into two—the DMK and the AIADMK—but the original spirit has survived.

The question is not about the structure of the party or its electoral performance. Initially, Raj Thackeray was considered the true heir to Balasaheb’s charisma and legacy, and Uddhav was seen as weak and wimpish. But even before he became chief minister, Uddhav sagaciously walked the tightrope. He could receive a setback in the Mumbai and Thane corporation elections, but the Shinde-led faction is not going to have any defining success. The subsidiary status that will be imposed on them by the BJP will hurt the Marathi ego, and that will cause considerable suffocation to the rebels.

The Shiv Sena has no formal ideology—left or right—nor does it have any world or economic policy. Even the pride in language and culture is more an expression of hurt sentiment of being neglected in their own state. As long as that sentiment survives, the Sena will survive. It will rebound even electorally. It may not come to power on its own, but it will not vanish into oblivion. Shinde may soon realise that though he can manipulate the majority with the help of the BJP in the assembly, he is not likely to get the status, stature and respect as heir to the organisation. It is not only the question of surname, but also the large network of sentiment, and not just among the cadre.

—A senior journalist, Kumar Ketkar is a Rajya Sabha member.