The coup turned out to be the biggest against the Thackerays 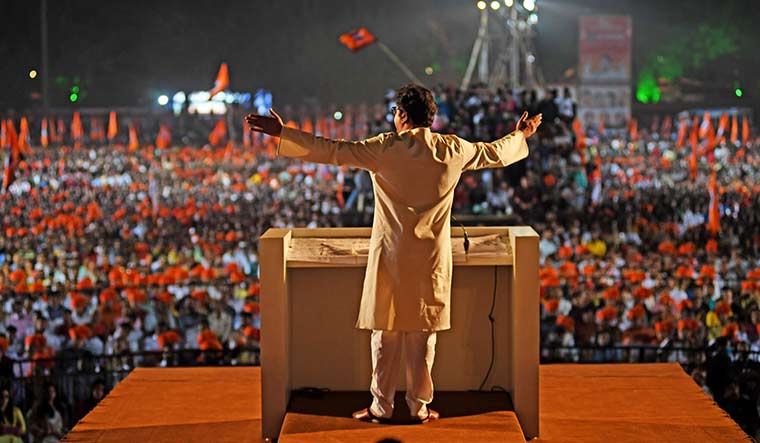 Rebellions and subsequent upheavals are nothing new to the Shiv Sena. The attempted coup by Eknath Shinde is the fourth major rebellion faced by the party, and the biggest against the Thackerays. The first three revolts—by senior leaders Chhagan Bhujbal, Narayan Rane and Raj Thackeray—were aimed at challenging Shiv Sena founder Bal Thackeray’s writ, while he was alive.

When Bhujbal rebelled in December 1991, Shinde was just a shakha pramukh in Thane. When Rane and Raj raised the flag of revolt 14 years later, he had become an MLA and the Thane district chief of the party. He played an active role in ensuring that the Thane unit of the Shiv Sena was untouched by the rebellions. He stayed loyal to the party leadership, especially Uddhav Thackeray, as both rebels had targeted the Thackeray scion.

The first major revolt in the Shiv Sena was led by Bhujbal, who had joined the party in 1966, the year it was founded. A diploma engineer from the prestigious Veermata Jijabhai Technological Institute in Mumbai, Bhujbal was a good organiser and a fiery orator. He rose quickly through the ranks, becoming the mayor of the Brihanmumbai Municipal Corporation (BMC) and later an MLA. After the 1990 assembly elections, he was tipped to become the leader of opposition, but was outsmarted by his colleague, Manohar Joshi. 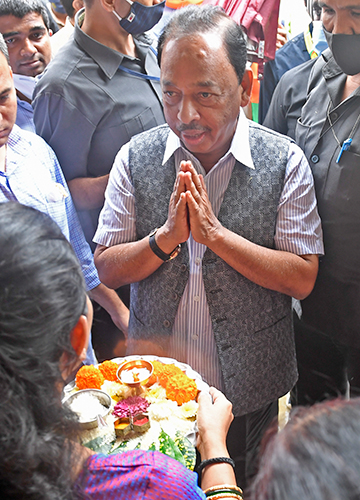 Bhujbal was quite close to Thackeray, but their relations soured after prime minister V.P. Singh announced in August 1990 his decision to implement the Mandal Commission’s recommendations on reservation for Other Backward Classes (OBC). Bhujbal, himself an OBC, felt that the Shiv Sena should support reservations and widen its base among the backward communities of Maharashtra. Thackeray, however, was of the view that the Shiv Sena did not believe in caste and the only thing that mattered was Marathi manoos (sons of the soil) and hindutva.

Bhujbal, who was upset about losing the post of opposition leader, became further alienated after Thackeray’s stand on OBCs. Sharad Pawar, who was then the chief minister of Maharashtra, was quick to spot the opportunity in cultivating Bhujbal and weakening the Shiv Sena-BJP alliance, which, by then, had emerged as a strong opposition against the Congress government.

Bhujbal rebelled along with 19 MLAs in December 1991 during the winter session of the assembly. This was a huge blow to the Shiv Sena as the party had openly advocated a policy that traitors should not be pardoned. In 1989, Shiv Sena corporator Shridhar Khopkar was murdered in broad daylight for voting in favour of the Congress during the Thane mayor elections. That fear was still fresh in the minds of people when Bhujbal and his compatriots dared to challenge Thackeray’s supremacy. The defectors quickly joined the Congress and Bhujbal was made minister in the Congress government. Pawar ordered round-the-clock protection for Bhujbal, yet his house came under attack from Shiv Sena workers, and he had a narrow escape.

Bhujbal faced his first election after the revolt in 1995 and faced a humiliating defeat at the hands of Bala Nandgaonkar, a young shakha pramukh. He never contested from Mumbai again and had to settle for a safe constituency in Nashik district. Bhujbal has been with Pawar ever since and is now a senior leader of the Nationalist Congress Party and a minister in the Uddhav cabinet. All but one of the MLAs who rebelled with him lost in 1995 and their political careers are more or less finished.

Rane was another firebrand leader who raised the flag of rebellion against Thackeray. Hailing from Kankavli in Konkan, Rane began his political career as an ordinary Shiv Sena worker in the Chembur area of northeast Mumbai. He was named BEST (Brihanmumbai Electric Supply and Transport) committee chief in the BMC where he remained for three years. 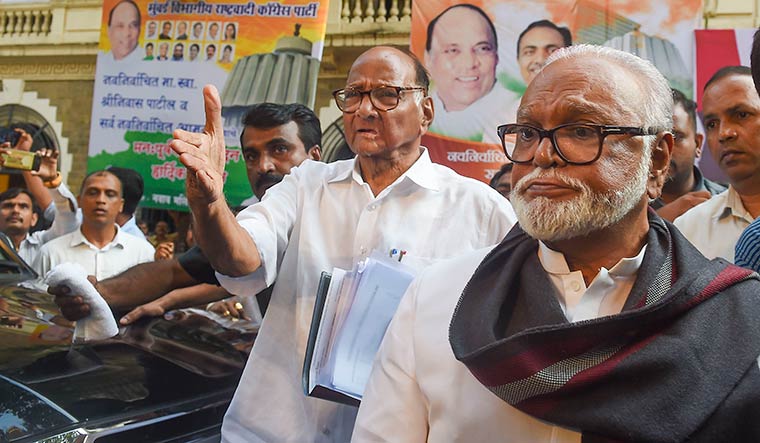 In his earlier interviews, Rane said that when he was asked to contest the 1990 assembly elections, but was reluctant as he wanted to become the mayor of Mumbai. Senior Shiv Sena leaders told him that there was a chance of the party coming to power in Maharashtra because of the alliance with the BJP and the anti-incumbency wave against the Congress. Rane was given the task of expanding the party’s base in the Konkan region and contesting from his home district Sindhudurg. Although the Shiv Sena-BJP alliance was defeated by the Congress in the polls, Rane was elected from the Malvan constituency.

When the Shiv Sena came to power in alliance with the BJP in 1995 under Joshi, Rane was initially appointed dairy development and fisheries minister and was later given the revenue portfolio. He made a name for himself for his administrative efficiency and was made chief minister in January 1999. Joshi was asked to contest the Lok Sabha elections. The Shiv Sena-BJP alliance, however, lost the 1999 assembly elections and Rane took over as leader of opposition.

This was also the time when Uddhav was getting increasingly involved in politics. After his attempt to topple the Congress government led by Vilasrao Deshmukh failed—Thackeray was not interested—Rane started sulking as he felt that Uddhav was sabotaging his career. The alienation worsened steadily and Rane alleged in a packed news conference that party posts and election tickets were being sold in the Shiv Sena. This was seen as a direct attack on Thackeray. Rane was also angry that Uddhav was appointed the party’s working president.

The allegations levelled by Rane led to his expulsion from the party in 2005. He soon joined the Congress and nearly destroyed the Shiv Sena in Ratnagiri and Sindhudurg districts which were its bastions. There was a time in 2006 and 2007 when no Shiv Sena shakha was allowed to function in Sindhudurg. Despite Thackeray campaigning against Rane, he won the byelection to the Malvan seat, while the Shiv Sena candidate lost his deposit. Rane got a prominent position in the Congress’s scheme of things, but the party never gave him the chief minister’s post. Rane said he was promised the top post but was betrayed by the Congress. He left the Congress in 2014 after losing the assembly election from Kudal in Konkan and formed his own party called the Maharashtra Swabhiman Paksha. After it failed to take off, he joined the BJP in 2019. Now a member of the Rajya Sabha, Rane serves as Union Minister for Micro, Small and Medium Enterprises.

Unlike Bhujbal and Rane, Raj was part of the Thackeray family, and was seen as his uncle’s heir apparent till the late 1990s. He was the chief of the Bharatiya Vidyarthi Sena (BVS), the student wing of the Shiv Sena, and was seen as a rising star. Like Thackeray, he was a good cartoonist and an excellent orator. His downfall started with the mysterious death of Ramesh Kini, a Mumbaikar who was found dead in a Pune cinema hall. Kini was allegedly being threatened by people close to Raj to vacate his flat in Matunga, as a deal was struck to redevelop the building. The controversy forced the Shiv Sena leadership to sideline Raj and that was how Uddhav was asked to take active interest in party work. Raj could never recover his position as Uddhav steadily grew in stature, developed his own leadership style and groomed second-generation leaders like Shinde.

In 2003, Thackeray made Raj propose Uddhav for the post of working president of the Shiv Sena, sealing his fate in the party. He got increasingly sidelined and launched the Maharashtra Navnirman Sena (MNS) in 2006. No MLA followed Raj, but he took with him a section of the party organisation and a large number of BVS activists.

Raj showed a lot of promise in the initial years as the MNS won around 30 seats in the BMC, swept the Nashik municipal elections and won 13 seats in the 2009 assembly elections. However, his performance as MNS chief turned worse gradually and his ideology kept changing. Initially, he took up the cause of ‘sons of the soil’ and declared that the MNS was a secular organisation. In 2012, after a visit to Gujarat, he started praising the Narendra Modi model of development. But, ahead of the 2019 elections, he launched a strong attack on Modi. While his speeches were hugely popular, the MNS faced an electoral rout. Raj has now gone back to hindutva, changed his party’s flag and is hoping to make a comeback to the saffron fold.

After each of these rebellions, the Shiv Sena’s political rivals and a section of the media predicted the political death of the party. Dire predictions came up after Thackeray’s death as well. But Uddhav steered the party to victories in local polls and assembly elections. The revolt by Shinde and his supporters, however, clearly rattled Uddhav, leading to his resignation on June 29.