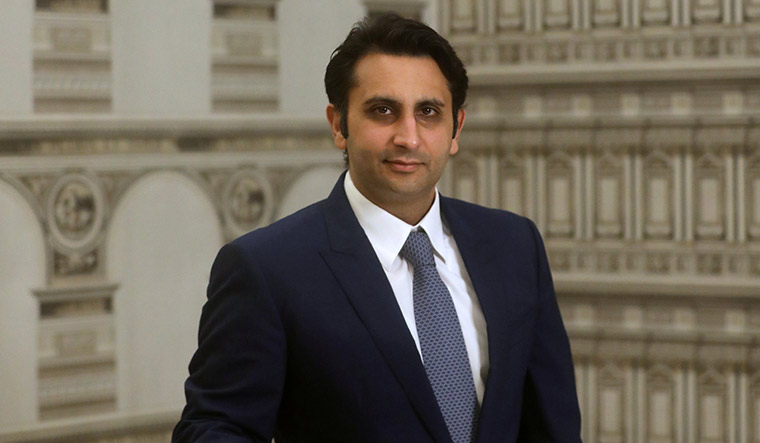 IF THERE IS ONE Indian who became a household name overnight during the pandemic, it is Adar Poonawalla. When Covid-19 struck in early 2020, the CEO of the Serum Institute of India in Pune had told THE WEEK that his vaccine would be the first-of-its-kind in India. The SII, the world’s largest vaccine manufacturer, had collaborated with two foreign companies to develop a vaccine—Covishield.

Today, Adar has produced more than 1.25 billion doses and has resumed exports, too. “I want to thank our workforce for their superhuman efforts in achieving this major milestone. We started to invest at risk in Covid-19 vaccine production back in March 2020, and Serum Institute colleagues have worked tirelessly ever since to get these life-saving doses to people,” he said. “It is a huge moment to begin exports again, for us, our partners at COVAX and the low- and middle-income countries we support. The world has largely depended on the low-cost, high-quality pharmaceuticals and vaccines that India has traditionally exported.”

The son of ‘Vaccine King’ Cyrus Poonawalla, Adar has been instrumental in expanding the vaccine business (the SII was founded in 1966). Apparently, when he became the chief executive of SII in 2011, he had persuaded his father to go full throttle in the vaccine business, especially in terms of international expansion.

He was reportedly influenced by a Bill Gates talk in 2015, in which the latter had warned that the world was not prepared for a new viral pandemic. Since then, Adar has doubled his firm’s vaccine production facilities and began producing additional vaccines for developing countries on behalf of the World Health Organization and the Global Alliance for Vaccines and Immunisation, an initiative Gates supports.

Adar has always prioritised world-class research and development for vaccines. “We spend more than Rs600 crore a year on R&D,” he said. “With this expenditure, we perform clinical trials for the vaccines and we do research for the development of new vaccines. We have a robust R&D team and have hundreds of scientists working at our centre in Pune and have had immense success in developing vaccines for meningitis, pneumococcal, dengue and yellow fever, besides the coronavirus.”

Adar dreams of seeing India as a self-sufficient nation in vaccine production. “Indian vaccine manufacturing companies currently produce about 80 per cent of the vaccines the country needs,” he said. “We hope that, in the next three years, India will be 100 per cent self-sufficient.”