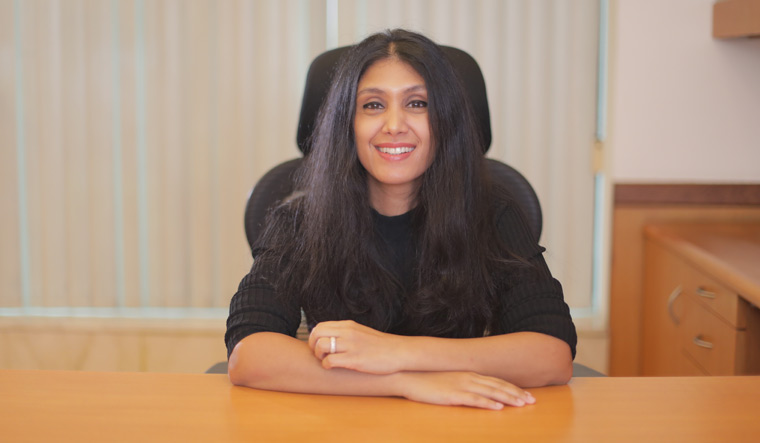 ROSHNI NADAR HAS never seen a glass ceiling she did not want to break. Last year, she succeeded her father, Shiv Nadar, as chairperson of HCL Technologies, and became the first woman to head a major IT company in India. Currently worth Rs54,850 crore, Roshni is also India’s richest woman.

She has been with the Noida-based company since 2008, and has been making waves ever since. The 40-year-old has been part of the list of ‘The World’s 100 Most Powerful Women’ for five consecutive years.

She has always believed that, despite its size, HCL should always work like a startup. In one of her first annual general meetings as chairperson, she had told shareholders that the pandemic had accelerated digital transformation and had opened up new possibilities. “Tough times do not last, but tough people do, or I would say battle-tested businesses do,” she told shareholders.

Having majored in communication at Northwestern University, Illinois, Roshni had been a producer for Sky News UK, CNBC and CNN America before joining HCL in 2008.

An alumna of the Kellogg School of Management in the US, Roshni is perhaps known more for her philanthropy. She is a trustee of the Shiv Nadar Foundation, which has invested $988 million in nation building institutions since its inception in 1994. She is also the chairperson of VidyaGyan—a leadership academy for poor students in the villages of Uttar Pradesh. In 208, she set up The Habitats Trust, which works to protect India’s natural habitats and its indigenous species. Most recently, she had helped out the Delhi government with ready-to-use oxygen plants during the pandemic.

As for the company, Roshni finds herself at a crossroads; her elevation coincided with the pandemic, which means she has had to navigate uncharted waters. But, having learnt the ropes from a visionary like Shiv Nadar, few expect her to falter. The sky is the limit, and she is just getting started.