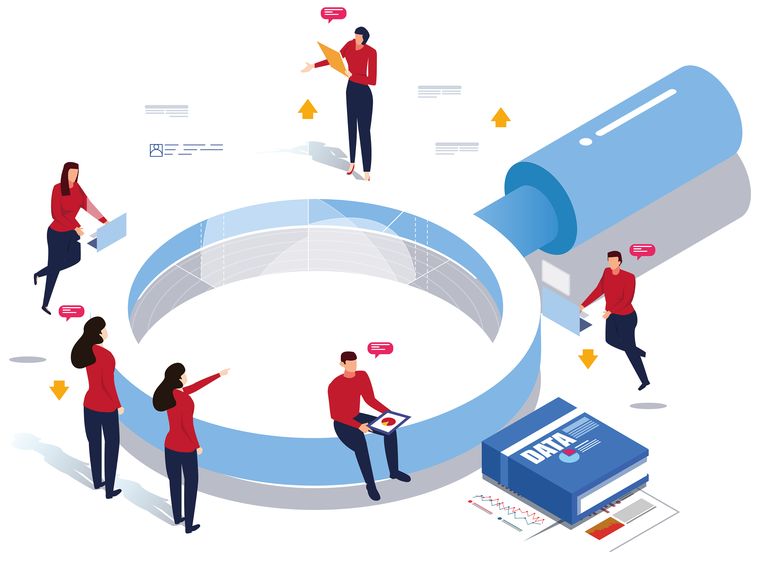 The survey covered 17 cities (plus the National Capital Region) that are important medical centres. Top hospitals for 10 specialisations were also ranked.

A primary survey was conducted among health care experts—803 general physicians and 1,154 specialists. The sample was selected ensuring proper representation of all cities and specialities.

The core research team conducted telephonic interviews with 80 experts across cities and specialisations to validate the findings.

The final rank for a hospital is based on the number of nominations received, ranks given, and the ratings on the following five parameters:

How to use it

The rankings make the opinion of health care experts available to the public. While immense care has been taken to provide an honest assessment, the needs of each patient can be different. So, while this list can be used as a guideline, decisions should be based on what works best for the patient. 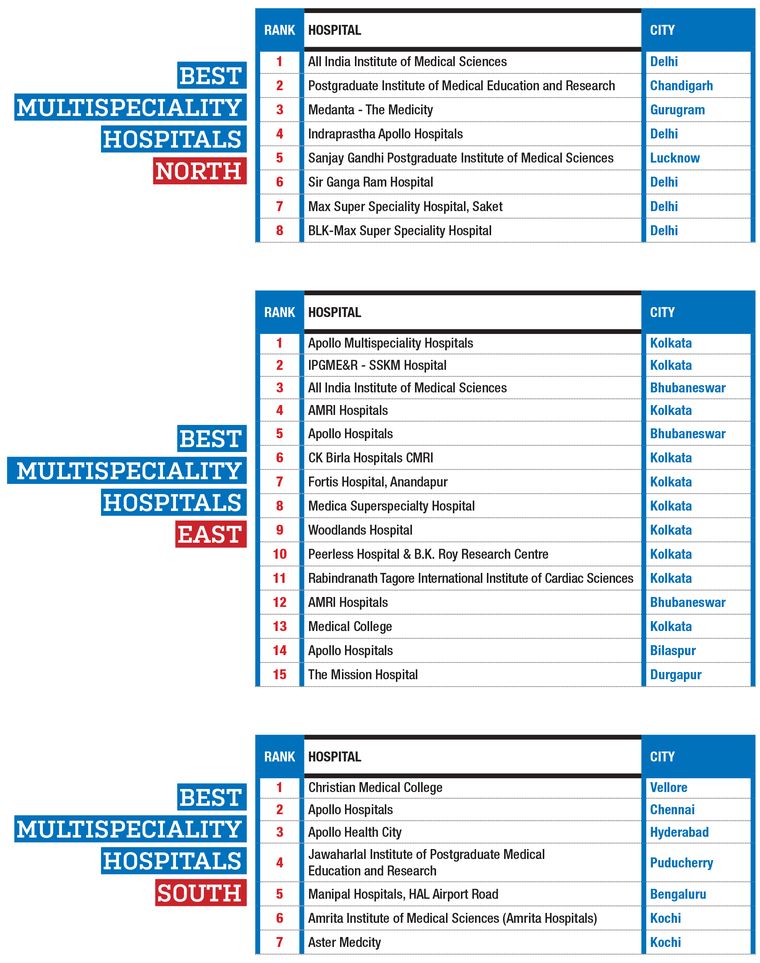 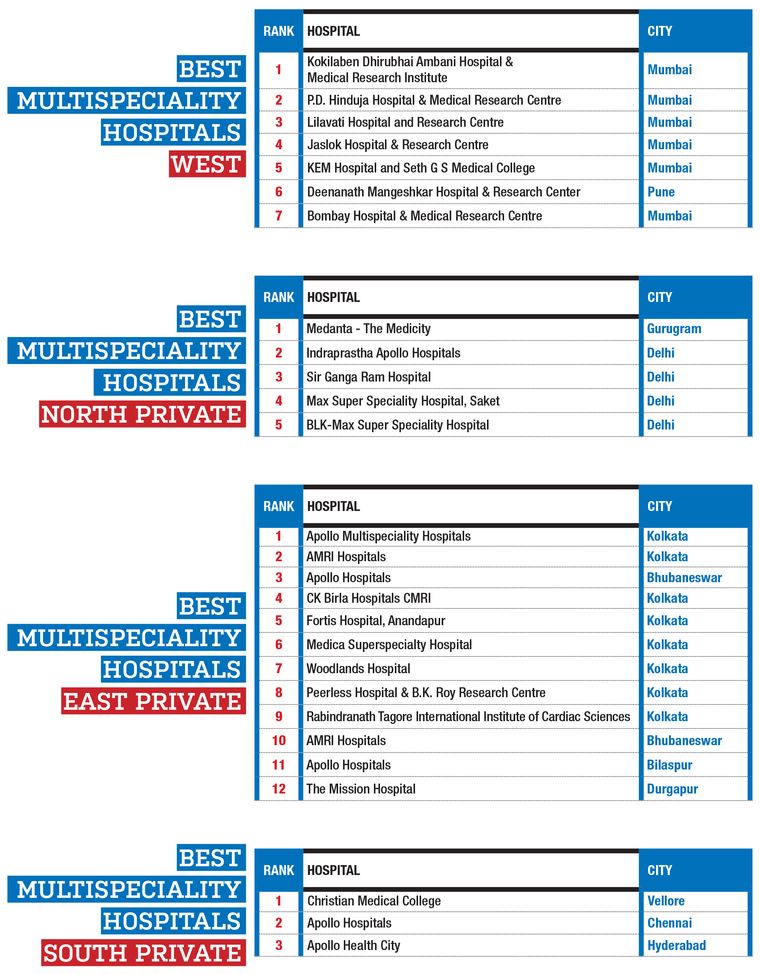 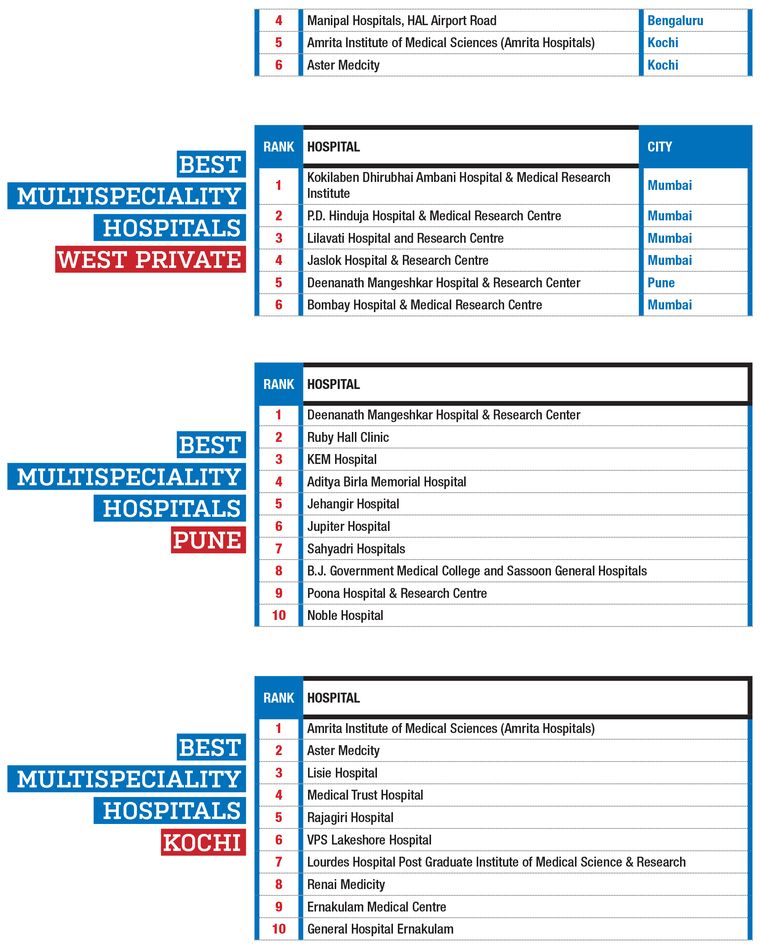 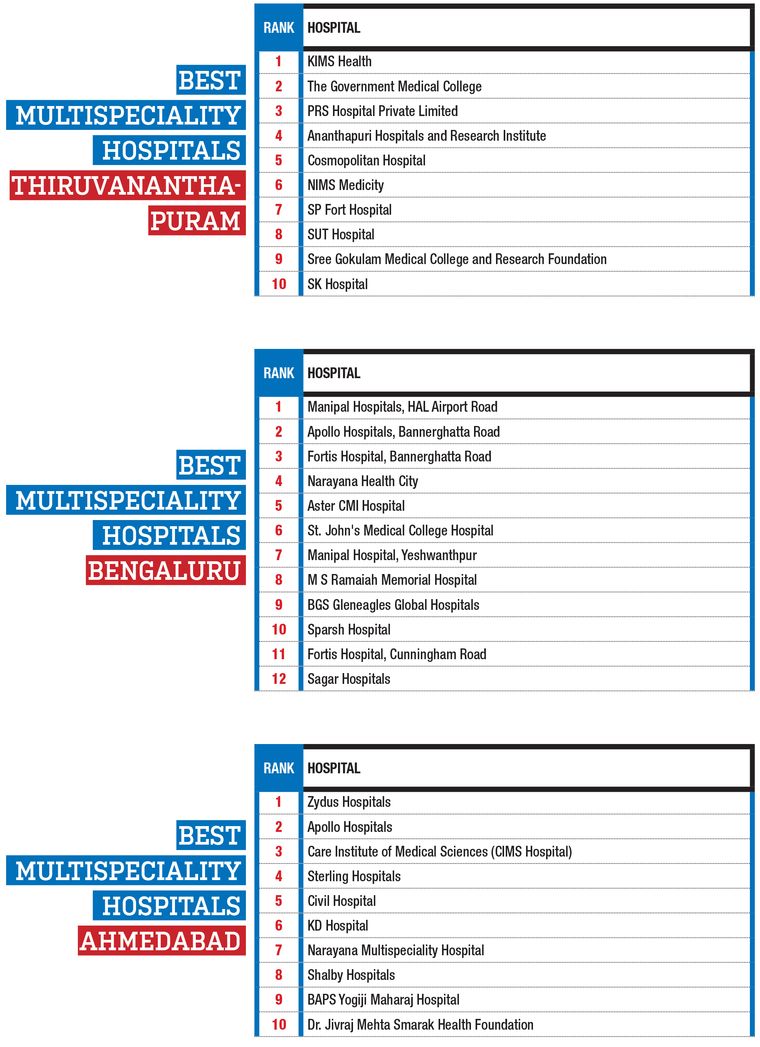 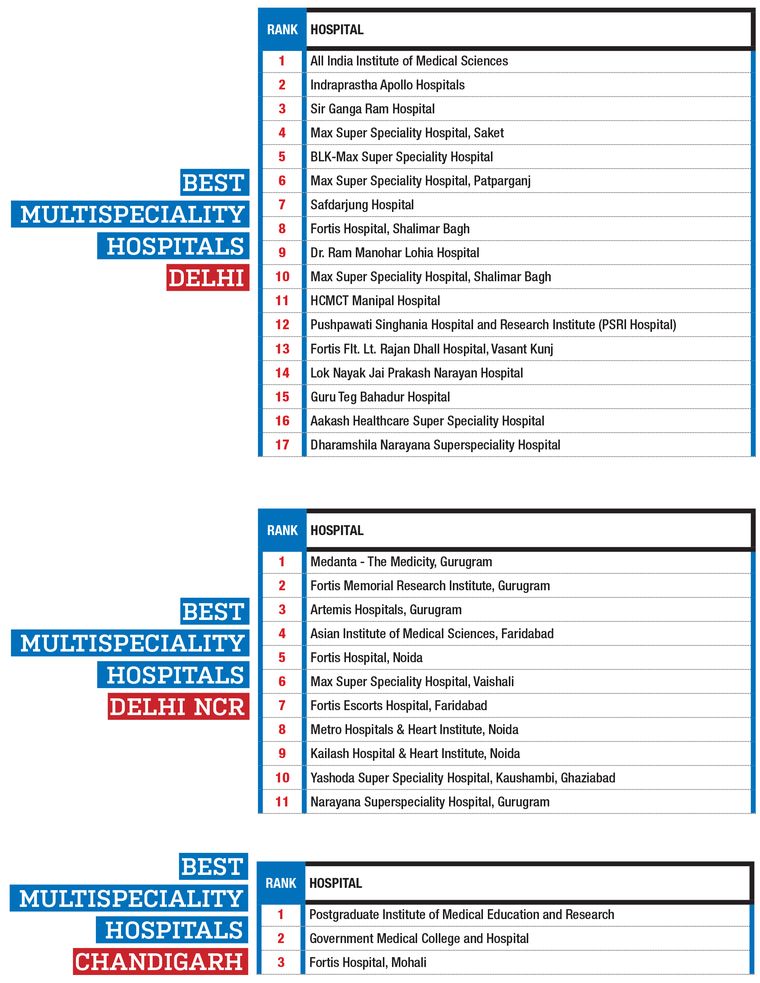 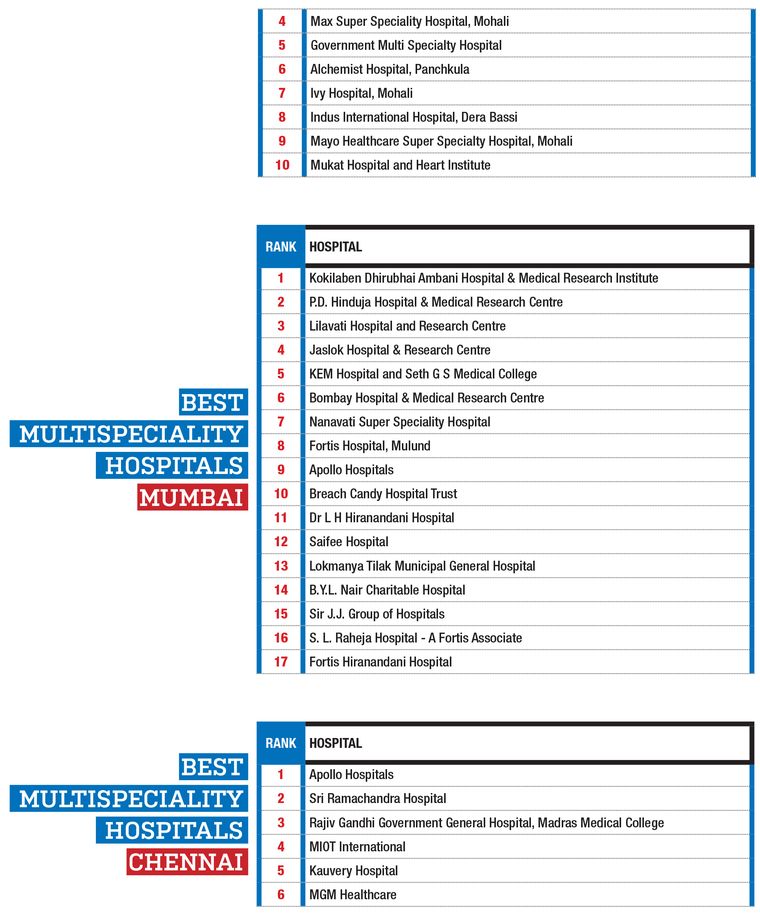 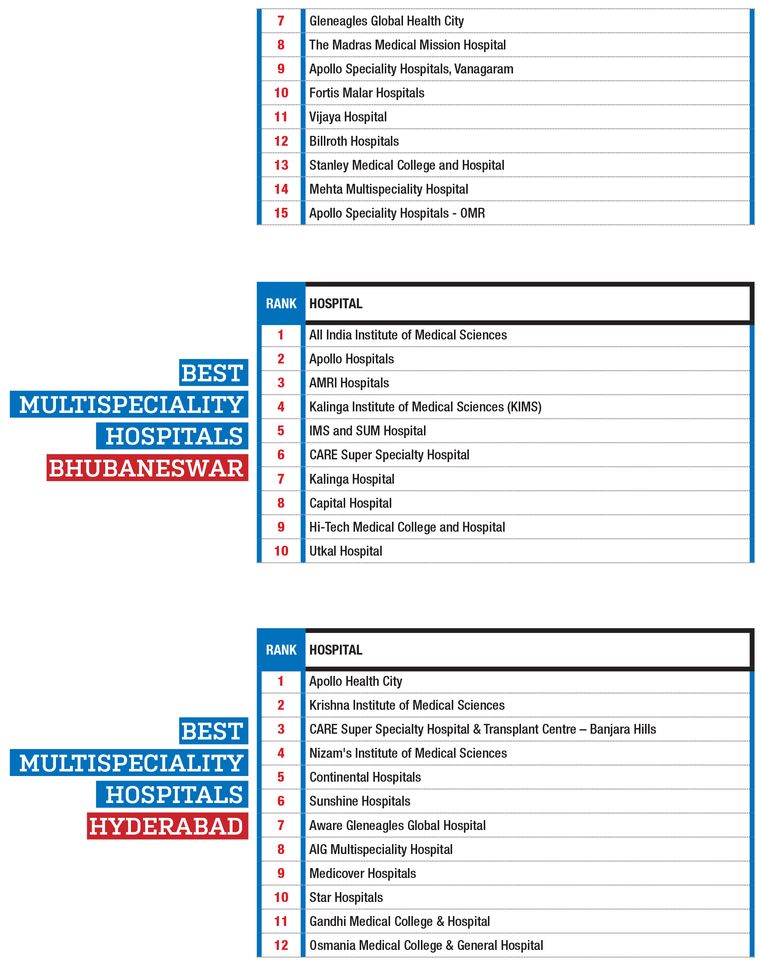 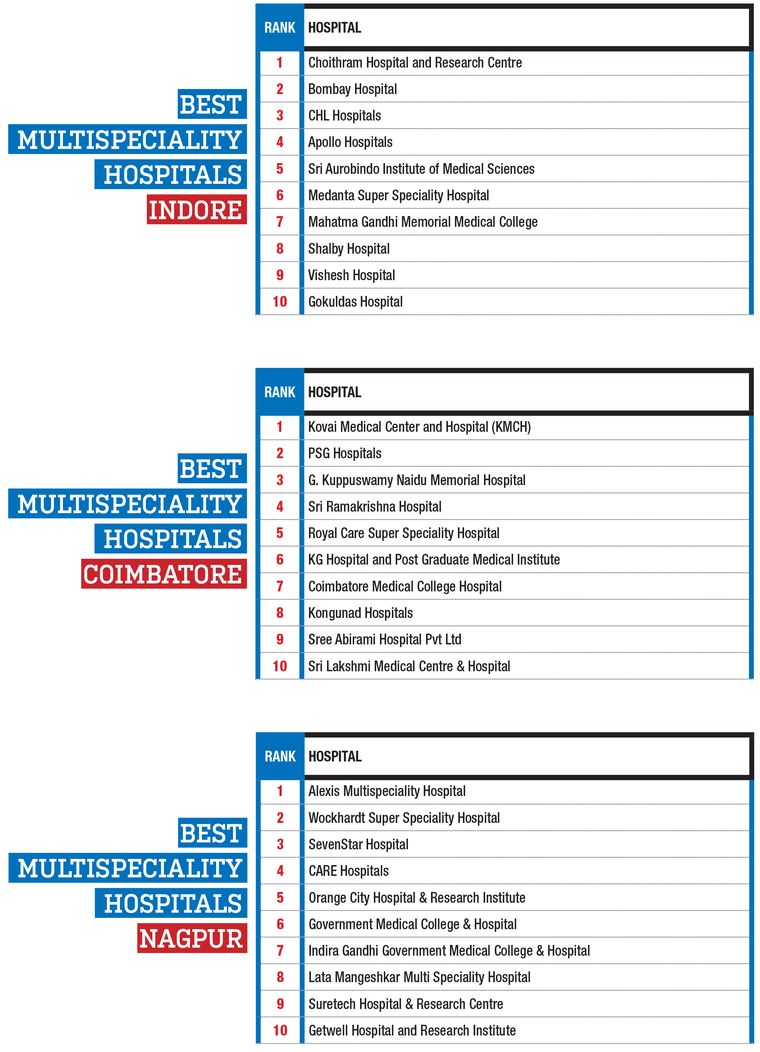 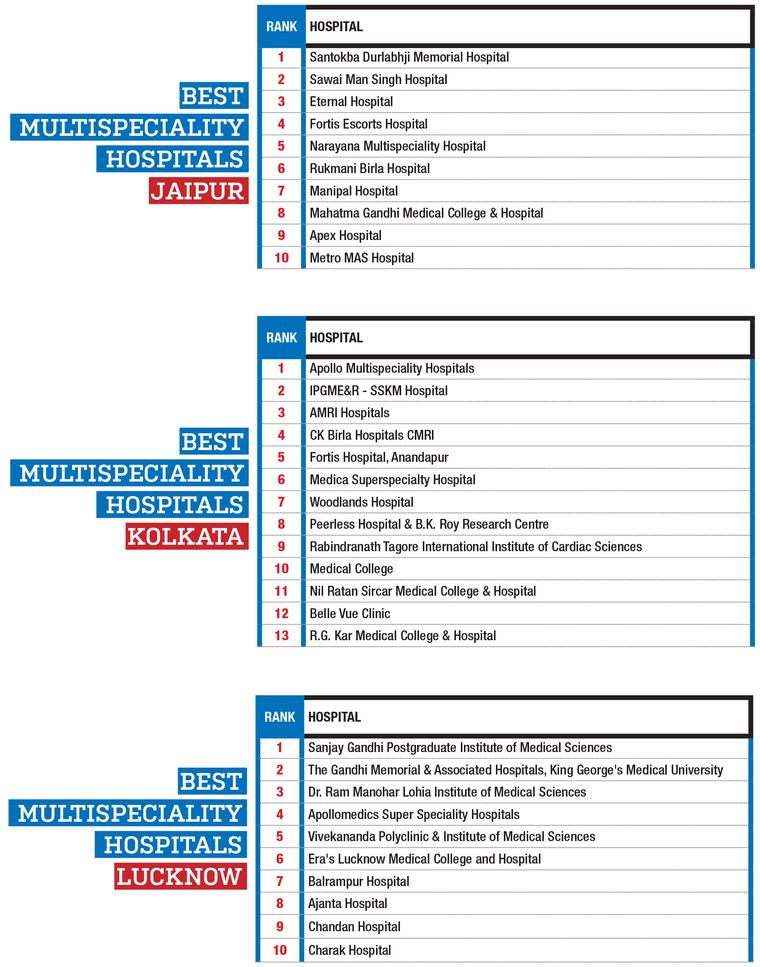 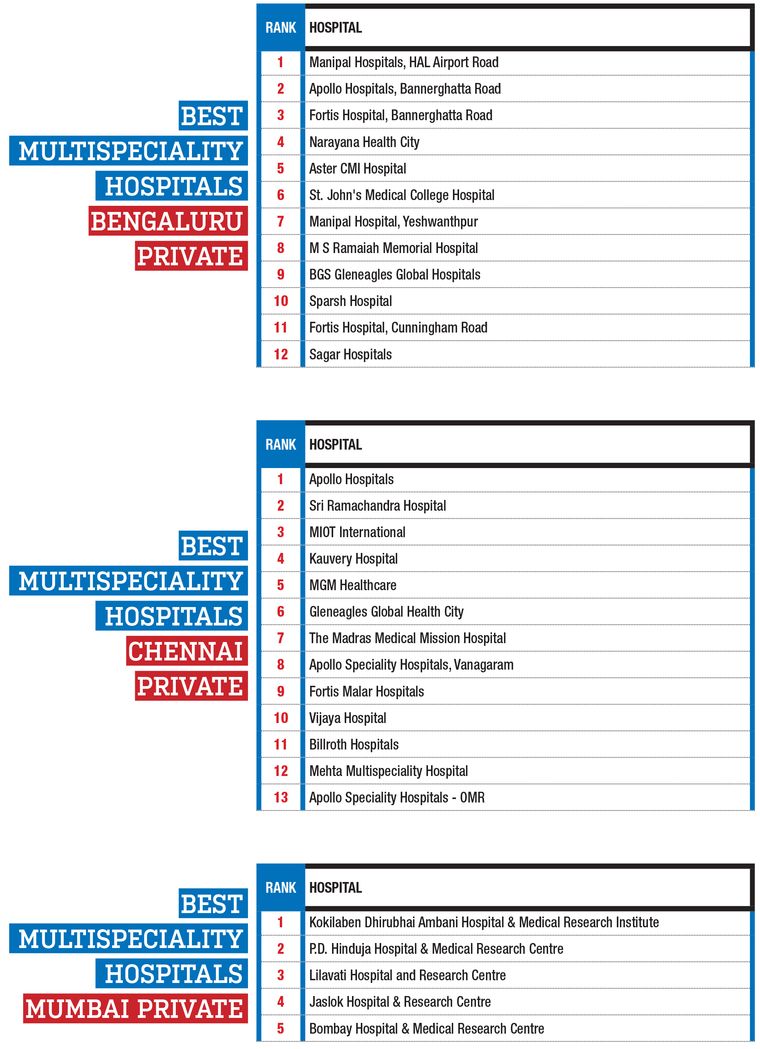 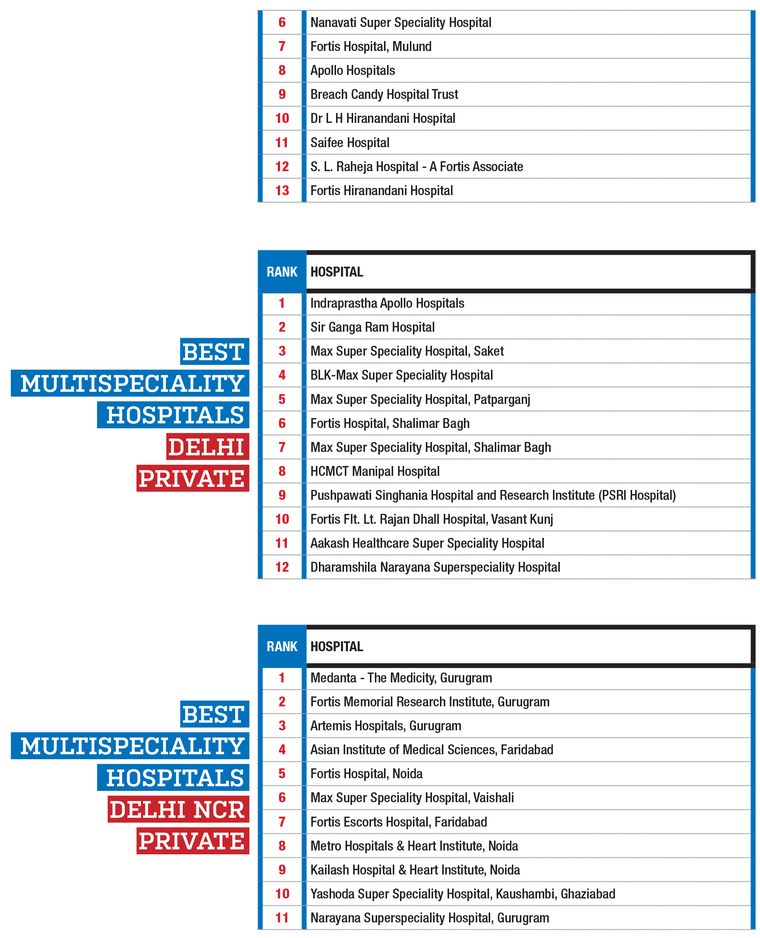 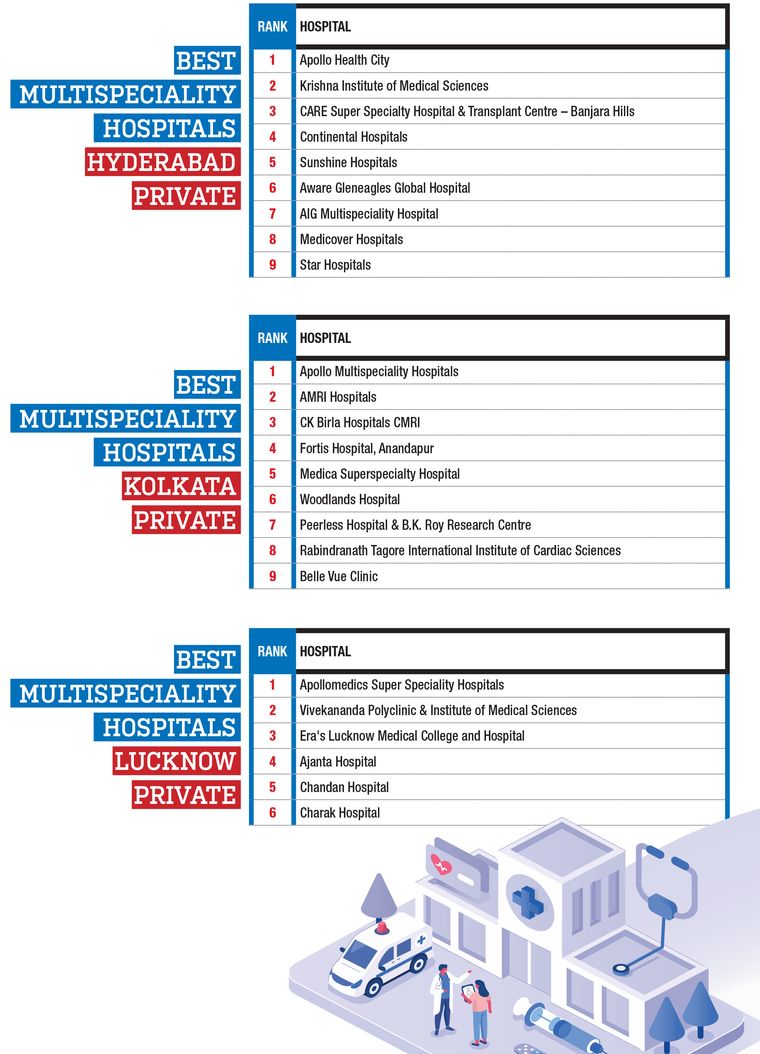 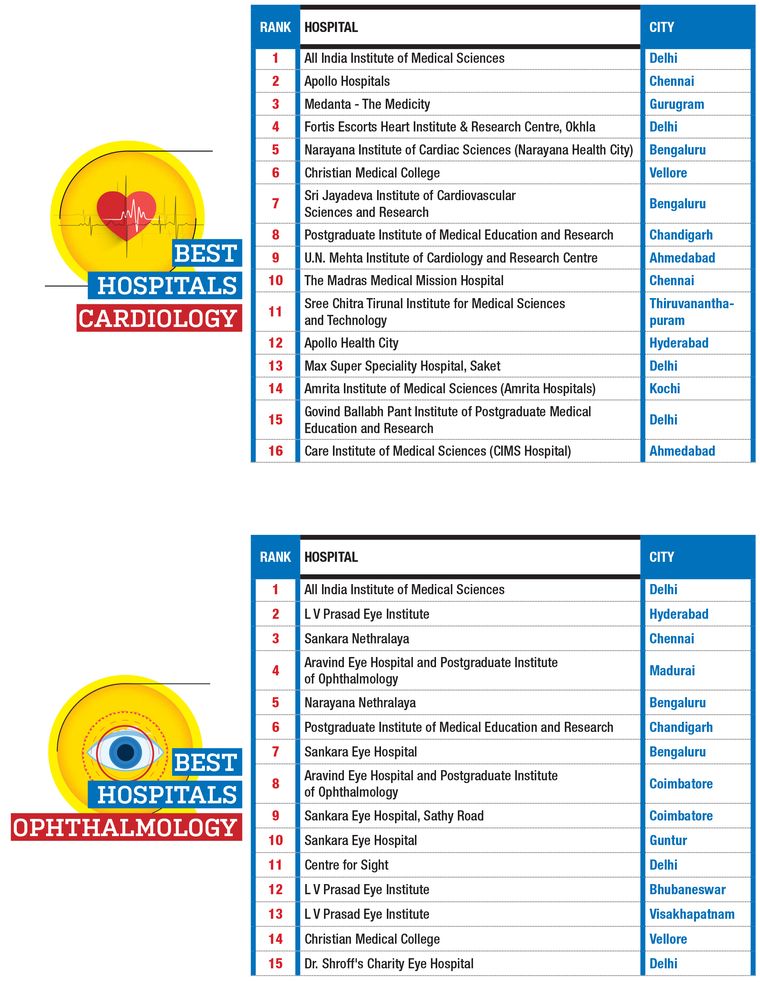 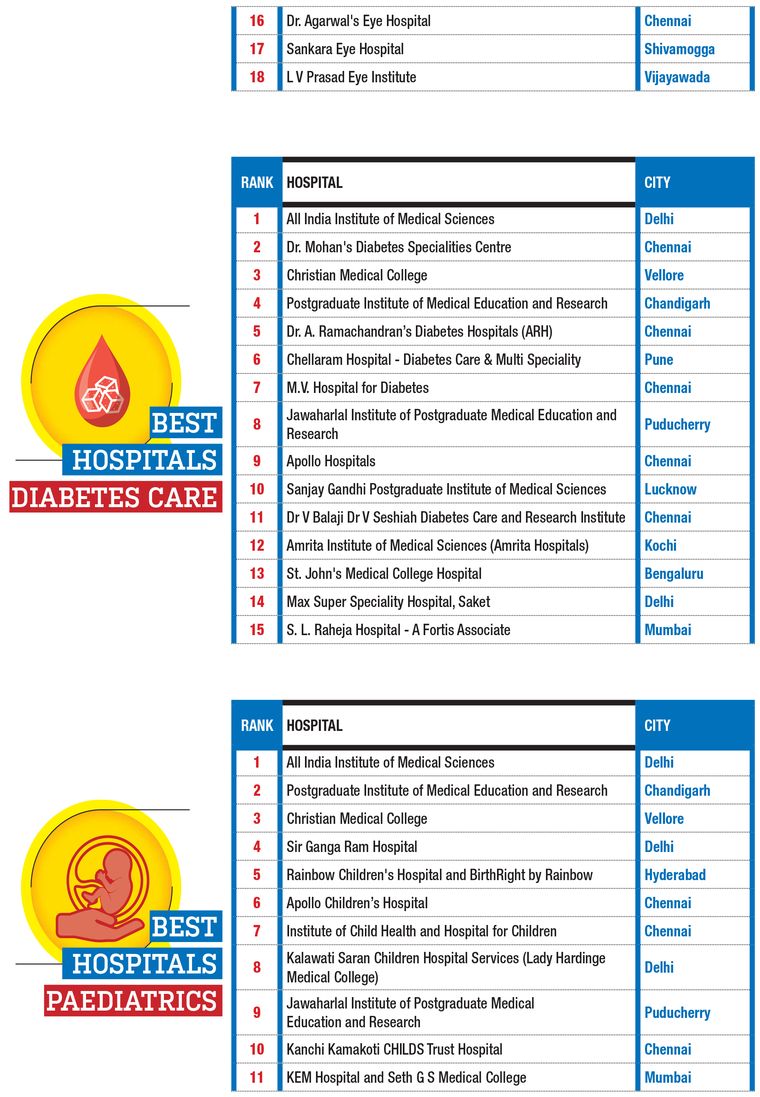 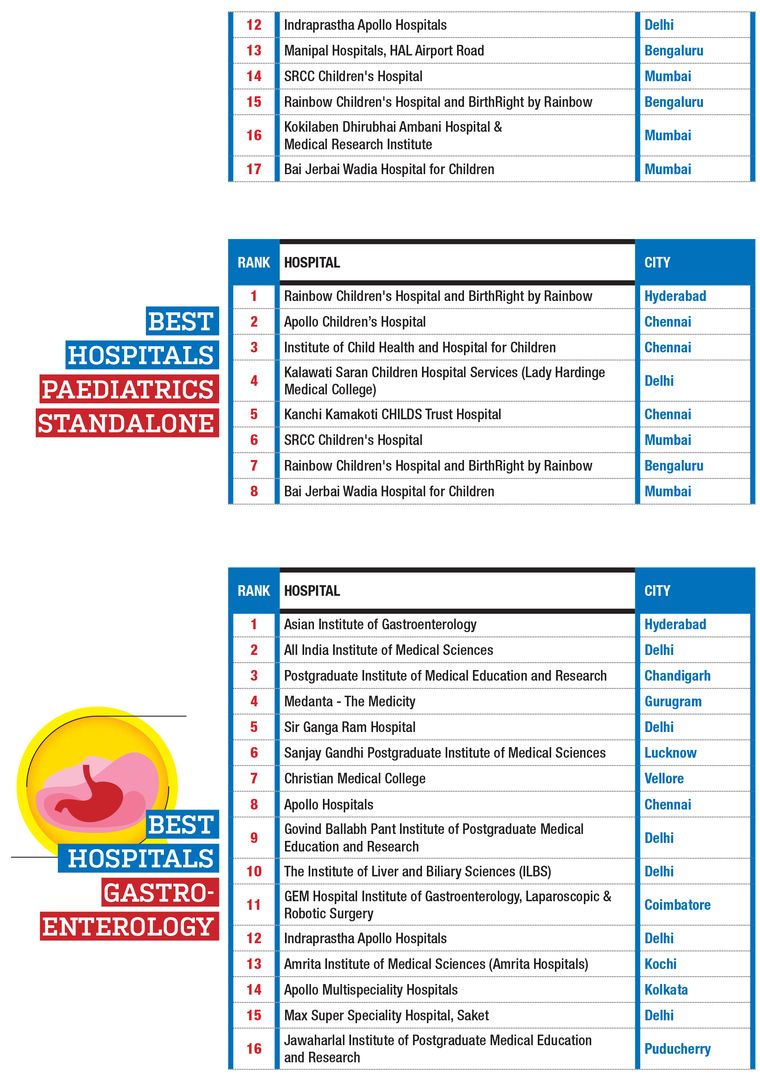 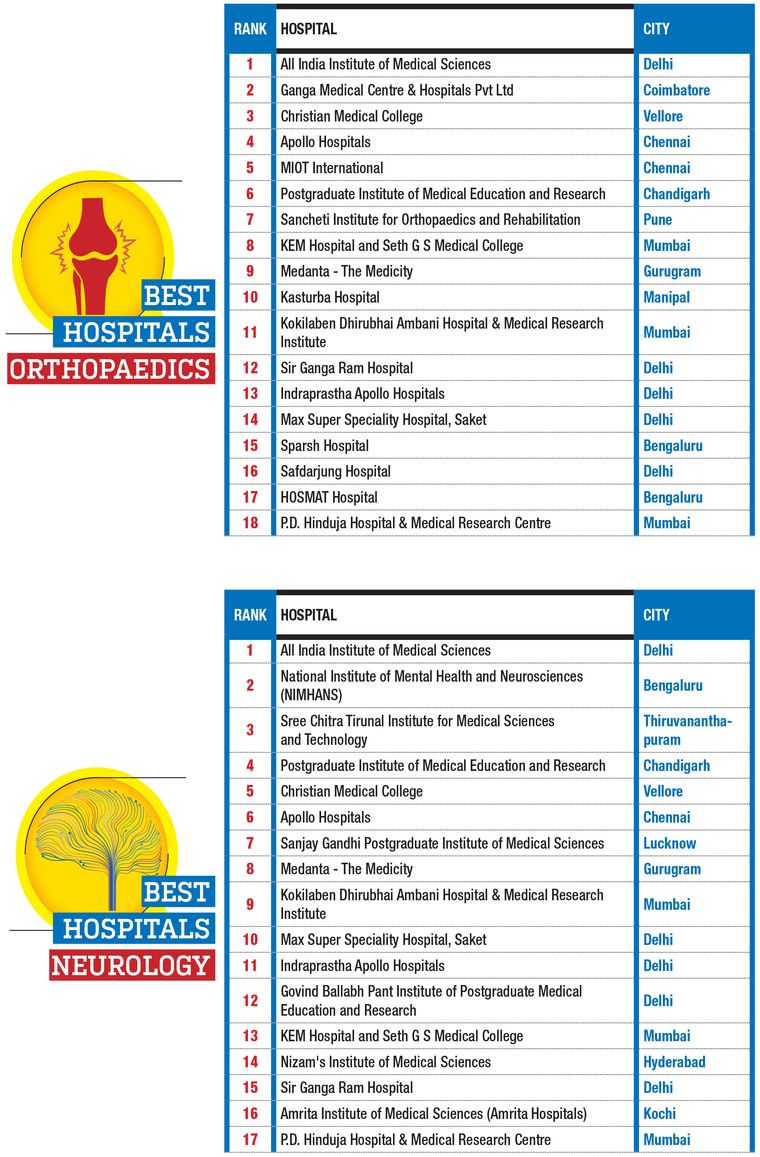 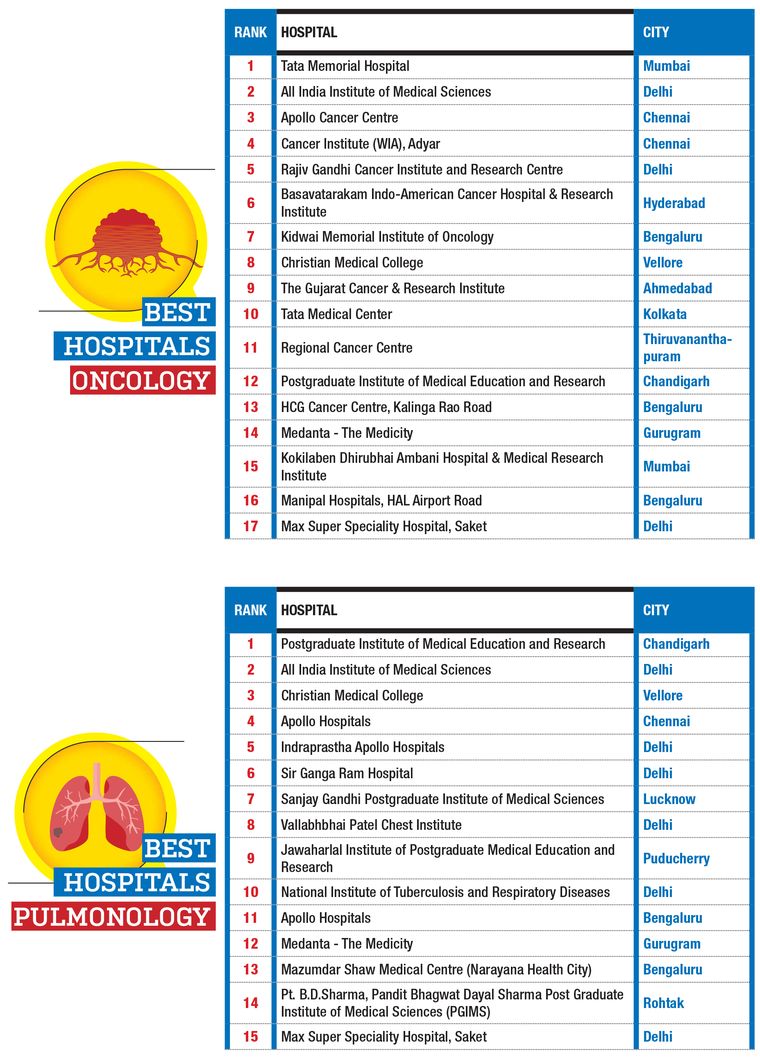 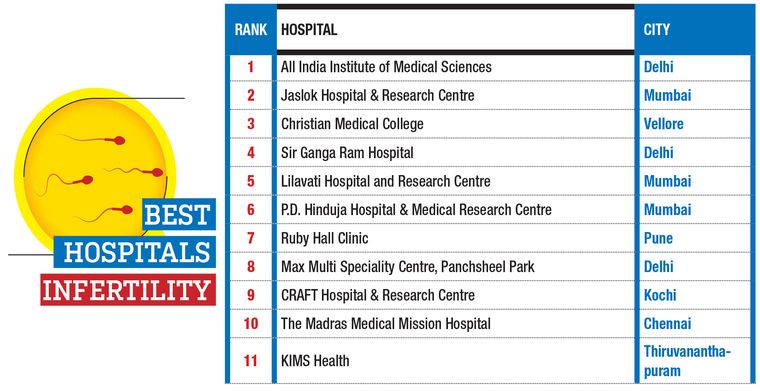