Challenges of being a male nurse 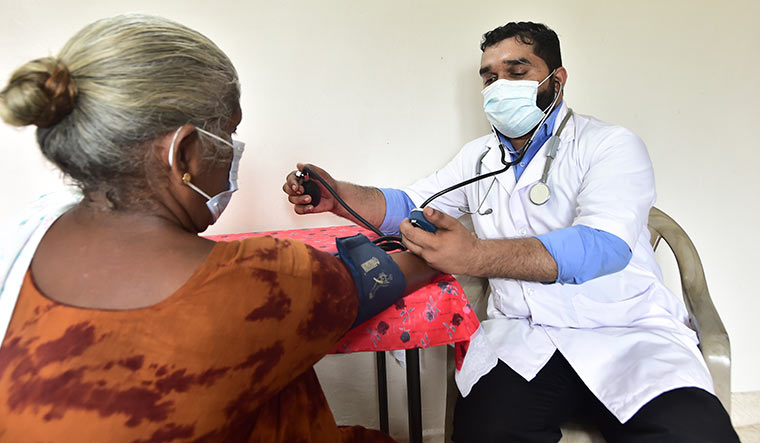 Sahil Palwa, 27, from Ludhiana, Punjab, was devastated when his grandmother died of blood cancer in 2005. He gave focus to his grief and today he is an associate staff nurse in a bone marrow transplant unit at Artemis Hospital, Gurugram.

Nursing allows one to make a difference in people’s lives. Shashikanthraddy Patil, 34, head of nursing at Apollo Spectra Hospitals, Koramangala, Bengaluru, chose a nursing career as he wanted to do something different, challenging and interesting.

The word nurse evokes a stereotypical image of a female nurse; we hardly picture a male nurse. “However, in our practice, we have seen extremely diligent and powerful nurses who can also be males,” says Dr Rohit Shetty, consultant, cornea and refractive surgery, and vice chairman, Narayana Nethralaya, Bengaluru.

Male nurses are indispensable, says Dr V. Mohan, chairman and chief diabetologist at Dr Mohan’s Diabetes Specialities Centre, Chennai. “They are more willing to work overtime than female nurses,” he says. “They are better at handling emergencies and diffusing violent situations. Most hotels have a bouncer kind of guy to settle violent or aggressive situations. In hospitals, male nurses are the ones who deal with arrogant, unruly or challenging patients. They also lift and move heavy patients.”

Vibin Chandy, 35, once had to deal with a troublesome bystander during a night shift in the casualty department of the Government Medical College in Kottayam, Kerala. The bystander had asked for a wheelchair, and another nurse on duty—Sanjay Kumar—had directed him to the attender. He got furious, pushed Kumar and started abusing him. Chandy immediately called the police. The man was taken to the police station; Chandy and Kumar later filed an FIR against him.

A nurse who has worked in the psychiatric ward, Chandy has had to manage patients struggling with suicidal tendencies and alcohol abuse as well. He has long conversations with patients in distress. Words can heal, he says.

Nonetheless, male nurses are generally perceived to be short-tempered and are less preferred by patients, says Krishna Kumar S.S., 35, a nurse at HCMCT Manipal Hospitals, Dwarka.

Agrees Litto Cyriac, 36, a resident nurse at the surgical intensive care unit at BGS Gleneagles Global Hospital, Bengaluru. “Due to this, most male nurses are posted in emergency and critical care or operation theatre, where heavy work like lifting patients might be needed. We do not get bedside duty,” he rues.

Cyriac says that owing to the stereotype, there is less scope for professional growth for male nurses. “Most of the leadership and management positions are given to female nurses,” he says, “because of which men prefer to change professions around the 35-40 age band.”

Male nurses should get their due respect, says Shetty. “They play an important role in the OT and ICU,” he says, adding that we should stop stereotyping.