The media are as good or as bad today as they were 130 years ago, or even earlier 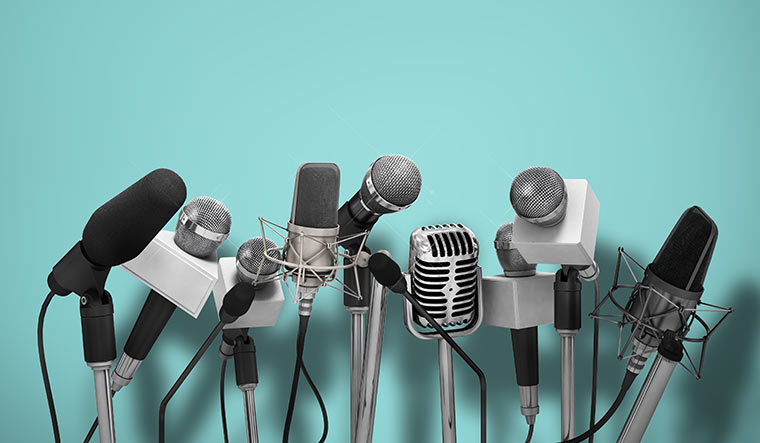 The public have an insatiable curiosity to know everything, except what is worth knowing. Journalism, conscious of this, and having tradesman-like habits, supplies their demands.”

Most people—those who read papers or watch TV news or scroll news portals, and those who think they are wiser by doing nothing of the kind—would agree. That today’s media are pandering to the base instincts of the public, dishing out what the masses ask for, and are being led by TRP ratings or circulation figures. That serious journalism is dead.

When did serious journalism die? Over that, there is no consensus. It was alive when some of the critics were in school, when some others were in college, when they were working, or before they retired. A few would say, it was alive during the freedom movement, till the end of the Nehru years, during and against the Emergency, post-Emergency, in the 1980s, when all the news was on DD, till the TV boom, before the corporates bought up papers and TV stations, before the internet age and so on.

The fact is, every generation has been saying this ever since news began to be printed on paper and sold to the public—that the media used to be good earlier, and that they are bad now. How else did Oscar Wilde write the line quoted above in an essay 130 years ago?

It is based on this premise—that the media were good earlier and bad now—that pundits pontificate to the press to restore high standards, legislature speakers ask scribes to focus on the debates in Parliament and not the disruptions, ministers ask editors to highlight government’s good deeds, the opposition asks the media to show spine, moralists resent film news getting more space than famines, NGOs complain about the media’s urban bias, and sages speak against sensationalism.

Not that they are all wrong. On the contrary, they are all on the dot about the flaws in the media. The point however is that the press is not a sum total of these flaws. Films are as vital for society as it is important to fight famines; good deeds of the government should be reported, but its bad deeds ought to be highlighted; debates should be covered, but the electors also should be told when their leaders are shaming democracy.

The simple truth is: the media are as good or as bad today as they were 130 years ago, or even earlier. So they had been in India, too. If India’s first editor James Augustus Hicky can be toasted as a media hero for having exposed crony capitalism in the government, corruption in the judiciary and the stealing of orphanage funds by its managers in the 1780s, he can also be damned as a yellow journalist for writing about a Supreme Court judge cheating his wife and about the erectile dysfunction suffered by India’s first governor-general.

The long and short of it is that, ever since there was a press in India no ruler or his critic has ever got a good press that he or she wanted. Neither Warren Hastings nor Philip Francis, neither Narendra Modi nor Sonia Gandhi. They all got bad press. That is the way the press should be—it should keep neither the ruler nor his critics happy.

The press in India, thus, is as good or as bad as the press in any vibrant democracy is, indices of media freedom notwithstanding. Such indices may slip a few points this year, it may climb a few notches next year, but the fact is that there has never been a golden age nor a totally dark age for journalism. If the Emergency of 1975-77 was a dark age when the media “crawled when asked to bend” as L.K. Advani put it, the period also witnessed Indian democracy’s trial by fire with brave editors, however few, going to court and urging the judiciary to rescue free speech. And thus, the Bombay High Court ruled in 1976, at the height of the Emergency, that there is a right to criticise any person as there is one to praise. Indeed, it was only after the Emergency was lifted that the rights of the press were restored.

Since then, there has been little by way of institutional threat from the state (the few like the defamation bill were successfully thwarted), as distinct from individual threats from those in power which have been there far too frequently. In the 1990s, there began corporatisation of the media and threat from corporate interests. There have been instances of government advertisements being denied to papers who do not tow the ruling party’s line, but the press as an institution has been having a fairly, though not totally, free run.

The press, too, is finding mechanisms to ensure its freedoms and that the freedoms are exercised with responsibility. The several trials by fire have given rise to several robust institutions such as the Press Council of India and the News Broadcasting & Digital Standards Authority that ensure that the media exercise their freedom within the parameters of the laws of the state and the norms of societal decency.

The very multiplicity of the media—the sheer number of entities that are there in the arena—ought to ensure that plurality of views and interests come to be expressed in the democratic space that we have got. Perhaps some danger lies within that arena—when the media themselves forget the importance of having multiplicity of voices and instead create echo-chambers of similar views and opinions. More than in draconian laws that states may pass, the danger lurks in social orders that get increasingly majoritarian and seek not only uniformity of views, but also conformity of those views with what a majority thinks are the universal good.