Maria Ressa, Rappler and the insidious world of social media 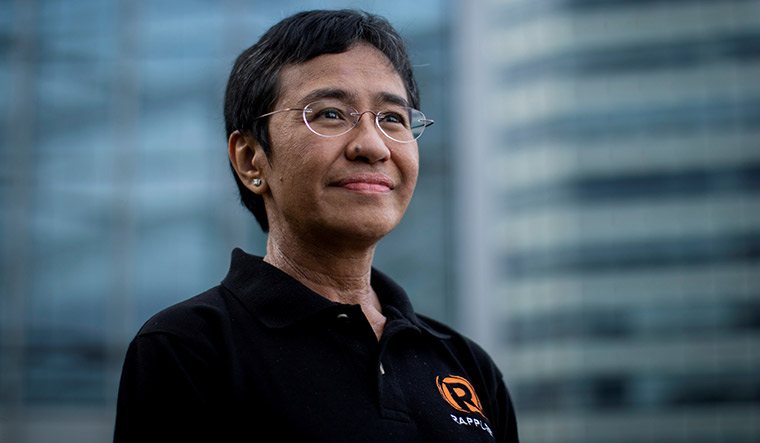 In 2014, a keen-eyed desk hand corrected a typo in an article on the Philippine news website Rappler. Six years later, its CEO Maria Ressa was convicted of cyber libel, and the case hinged on that correction.

The website had, in 2012, published an article that linked a Filipino businessman to illegal activities. Ressa was charged under the Cybercrime Prevention Act, which came into effect months after the article was published; the prosecution, however, claimed that the fixing of the typo meant that the article was republished.

It was not the first time Ressa—now a Nobel Peace Prize winner—had felt the wrath of the Rodrigo Duterte government. Her counsel Amal Clooney had told her that, adding up all the charges against her, Ressa could be looking at around a century in jail.

Ressa, having headed the CNN bureaus in Indonesia and the Philippines, launched Rappler in 2012 alongside a handful of Filipino journalists.

She had earlier spent years covering the rise of terrorism in Southeast Asia, and wrote Seeds of Terror: An Eyewitness Account of Al-Qaeda’s Newest Center in 2003. She then headed the news division of the Filipino media company ABS-CBN, but left in 2010. In her next book, From Bin Laden to Facebook: 10 Days of Abduction, 10 Years of Terrorism (2013), she studied terrorism’s new battleground—the internet and social media. This was also the time she was brainstorming to launch Rappler, and her body of work became more and more entwined with Facebook and the lot.

Then, with Duterte’s rise to power in 2016, she saw, at a personal level, the potential for social media to be weaponised. Rappler, which started out as a Facebook page, had become quite popular and had taken on the Duterte government and its war on drugs. It was one of the first outlets that wrote about the insidious tricks populist leaders could use to fan frenzy on social media to win or retain power. In the following years, Ressa put out several articles critical of the president and his alleged use of the police to kill more than 27,000 drug suspects in the relatively short time he had been in power.

As a result, she was mobbed online by Duterte’s supporters; at one point, she said war reporting had been easier. In a June 2020 article for The Atlantic, Philippines-born journalist Sheila Coronel wrote: “Duterte… has banned the news organization (Rappler) from the presidential palace, and troll armies have been unleashed to harass the site’s staff on Facebook. Maria has been threatened with rape and death; she has had to hire private security and occasionally don a bulletproof vest. An armed guard stands outside the Rappler office, near a Manila shopping mall, and its young staff cannot wear T-shirts that bear the Rappler logo for fear of attack. The power of the state has been unleashed against them too: Since 2018, Maria and Rappler have been charged 11 times with offenses including tax evasion and violating a law that bars foreign ownership of the media, which could result in the site being shut down.” 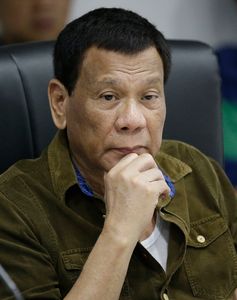 There was also an attempt to portray Ressa as a foreigner; she grew up in New Jersey and only came back to the Philippines after college. Duterte, in a 2017 speech, alleged that Rappler was “fully owned by Americans”. Though she denied this, there were already several anti-Ressa hashtags trending in the country.

In several interviews, Ressa has brought up Christopher Wylie, the whistleblower who exposed the Facebook-Cambridge Analytica data scandal; he told her that the Philippines was the “petri dish” for disinformation tactics that were later used in other places, most notably the US.

Filipinos are among the most active users of social media and many of them get their news from Facebook. According to Statista, as of July 2021, Facebook accounted for around 81 per cent of the Philippines’ social media market. Add to that the relative lack of regulation, and a test subject was born.

Though she said she believed in Facebook and “drank the Kool-Aid” at first, she said the tech giant had gotten too greedy. She partnered with the company in 2018 to fact check information on the platform. However, last year, Ressa and some likeminded people set up an “oversight board” to counter Facebook’s own.

But not everyone back in Manila believes so, at least not when Ressa says it. There are critics who say she has exaggerated the extent to which the press was being vilified and muzzled in the Philippines and is looking for validation from the west to keep herself relevant. When TIME named her, along with some other journalists, its ‘Person of the Year’ in 2018, she got a lot of hate online, presumably from Duterte supporters. The same happened after the Nobel win, but Duterte’s office did put out a statement that it was a “victory for a Filipina”. It also said that there was no threat to press freedom in the country.

So, what keeps Ressa going in such hostile conditions? “There’s no better time to be a journalist in the Philippines than today because this fight matters, and the mission of journalism has never been as necessary as it is now,” Ressa told The Daily Princetonian, the student newspaper of her alma mater, in 2019. “Because [you are] fighting against an authoritarian-style ruler who’s chipping away—think about it like termites. If this was a wood floor, tons of termites are eating the floor. You don’t see them, but at one point you’ll just drop.”

The Philippines ranks 138 of 180 countries in press freedom.