Will the ‘semi-cadre’ structure help the Congress in Kerala? 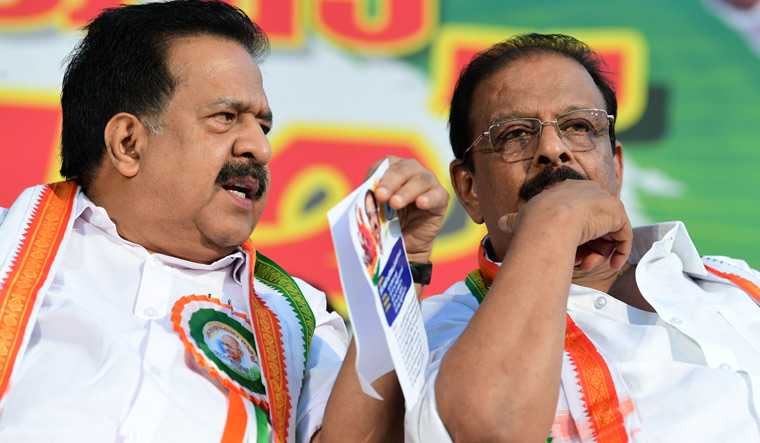 The adage that failures can teach many lessons seems quite true for the Congress party in Kerala. After facing a massive defeat in the assembly elections in April, the state unit took some time to come out of shock. But once it recovered, the party was all set for some dramatic changes.

From announcing that the Congress would embrace a “semi-cadre” set-up to asking its party workers to call each other “comrades”, the new state leadership has shown the intent to change the party. It has also decided to form unit committees at booth levels, give professional training for members and collect levies from them, give more representation to women in the organisation and even lay claim on the slogan inquilab zindabad—currently a monopoly of the left. “The Congress party you will get to see in the coming days will be totally different from what you have seen till date,” said P. T. Thomas, Kerala Pradesh Congress Committee (KPCC) working president. “Factionalism will not have any place in the new Congress.”

This indeed is an interesting thing to hear from a party unit that had been acting as a loose association of two factions—“A group” led by Oommen Chandy and “I group” led by Ramesh Chennithala. Some bold moves made by the Congress high command have led to the near demise of these groups. These include the decision to replace Chennithala as opposition leader in the assembly and the appointment of K. Sudhakaran—who did not belong to either group—as the new KPCC president. Political observers also highlight the decision to appoint new district Congress committee presidents without giving much heed to the voices of Chandy and Chennithala. “Factionalism in the Congress, as we know it, has almost become extinct,” said political observer Nissam Zyed. “These two groups used to act as two independent entities who would come together only during the elections. But they could address diverse constituencies and accommodate different interest groups together.”

Most political observers in the state think that the decision to make Congress a monolithic cadre party like the CPI(M) will do more harm than good. “Even the CPI(M) is finding it hard to maintain the cadre structure,” said D. Dhanuraj of the Centre for Public Policy Research. “I wonder why the Congress party in Kerala is going after such anachronistic ideas.”

The younger lot in the Congress, however, is mostly in favour of the ongoing changes. “The cadre system that we are talking about is only structural,” said Mathew Kuzhalnadan, one of the prominent faces among the young Congress MLAs. “The essence of the Congress party, which is all about multiple voices, democratic spirit and inclusiveness, will not be tampered with.”

And, that is something which should be of concern to both the high command and the state leaders.