I will quit the day high command asks me to, says Bhupesh Baghel 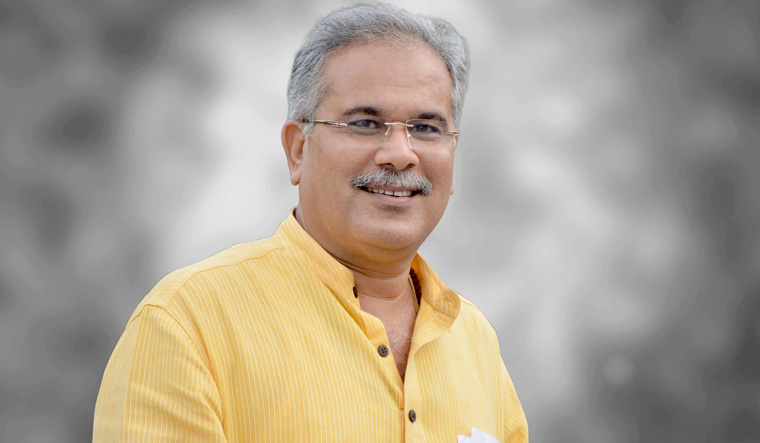 In his first exclusive interview after the political drama in Delhi last month, Chief Minister Bhupesh Baghel spoke to THE WEEK about his personal equation with Rahul Gandhi, his political rival T.S. Singh Deo and the tumult in Congress-ruled states. Excerpts:

Q. What are your views about the developments in Punjab?

A. Whatever has happened is the decision of the high command. Also it is as per [the wishes of] the state legislative party. We are looking at it from a distance and we are not involved. We have no detailed information about the developments. The entire thing rests with the party line, the state Congress in-charge, the MLAs, the organisation people and, of course, the high command. The high command takes decisions after a lot of deliberations and its decision is over and above everything.

Q. There is speculation that Rajasthan and Chhattisgarh are next.

A. The party always keeps a keen watch as to what is to be done where. It depends on the high command. I have always maintained that the high command has given me the opportunity [to be chief minister] and I will continue till it wants me to. The day it directs me to go, I will do so.

Q. Are you trying to revive your relations with T.S. Singh Deo?

A. Our personal relations are very good even now. He recently attended the virtual foundation stone-laying and inauguration of works worth Rs2,800 crore of the PWD. He said, “Bhupesh bhai, I am in a bit of hurry.” So I said let us do it fast as the Maharaj saab has to go. This compatibility continues between us. We keep meeting, talking on the phone and discussing departmental work. It is not as if we are fighting.

Q. Any plans for a cabinet reshuffle?

Q. Have recent developments affected your relations with Rahul Gandhi?

A. How is that possible? He is my leader. He is the one who made me state Congress chief and chief minister. The hard work might be mine, but it is he who gave recognition to that and made me what I am. There is no question of me even thinking of being embittered with him. Whatever he directs, I will abide by it always.

Q. Is he upset with you?

Q. What are the major achievements of your government?

A. In keeping with the wishes of Rahul Gandhi ji, we are trying to ensure that all sections of people have money in their pockets and this could help keep markets alive. We have given 35kg free rice to 56 lakh families, reduced power bills by half for 39 lakh families, given the benefit of the Rajiv Gandhi Nyay scheme to 22 lakh families at the rate of Rs9,000 per acre and we are extending benefits of the new landless labour scheme to over 10 lakh families. We have touched every section and this is the reason why even during the lockdown, our economy did not slow down as people could spend. The economy is doing great even now. We have also launched health schemes like 'haat-bazaar' clinics and mobile medical units. Not a single security person in Bastar has died of malaria during our tenure. There has been a big dip in anaemia among women and malnutrition among children.

Q. What are your priority plans in the second half of your tenure?

A. We are now focusing on English medium excellence schools for children in rural and remote areas; 172 have already been set up. We have started the Rajiv Mitan Club scheme for youth. We are starting an integrated ITI course along with higher secondary classes so that when students complete class 12, they also have an ITI certificate and are employable. One major focus now is to start green power plants with cow dung fuel, which will be beneficial to women self-help groups and cattle rearers.