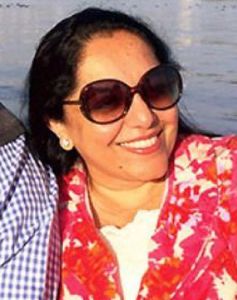 Priti Choksi, wife of fugitive diamantaire Mehul Choksi, has been living in Antigua since 2018. She says she is feeling trapped after her husband was allegedly abducted, tortured and taken from Antigua to Dominica in a boat on May 23. “‘We are ostracised,” Priti told THE WEEK. “People call us crooks. But the Jain community supports us.”

Since when have you been living in Antigua?

I had never visited Antigua before 2018, (which is) when we moved here. Mehul must have been here before, when he applied for citizenship and came for the oath-taking ceremony in 2017. We don’t know many Indians here. The fact that there is a red-corner notice against him has put us in a jail-like condition. We cannot travel freely. I feel I am living in a jail already. The island is my jail.

There are reports that Mehul Choksi had been living an extravagant life.

We live in a rented property and drive a second- or third-hand car. It is a Japanese or Chinese car. So, you can imagine our lifestyle. We live in a gated community, where most people are expats. People have ostracised us. After they came to know of the charges slapped by Indian investigating agencies, they started making loose comments. Some people called us crooks.

The local population is kind and nice. But we don’t have any family friends.

How do you manage your expenses? Did you or your husband take up jobs?

He is not keeping well; most of his time here was spent visiting doctors or lawyers. We don’t have much expenses. We are Jains. We don’t eat non-vegetarian food and we lead a simple life. I am not employed. There is no temple where we live, so I have built a small temple in our house with two-three images of our gurus. That is where I spend my time.

Do you have support from family or friends in India?

The entire Jain community has come out in support of us. Jains worldwide have supported us.

There is speculation that you got divorced.

This is our 35th wedding anniversary.

Where were you when Mehul Choksi went missing?

I was in my house. We were all sitting and waiting for him to come back. My children are worried; all of us are distraught.

Do you know Barbara Jarabik? How do you respond to reports that she was Choksi’s girlfriend?

We are traumatised. Barbara had rented an apartment opposite our house in August 2020, and used to meet my husband on his walks. He is fond of walking on the beach and Barbara used to be there. She was an acquaintance he walked with. I have never spoken to her, but she used to contact my husband now and then for help. She said she was in the renovation industry. 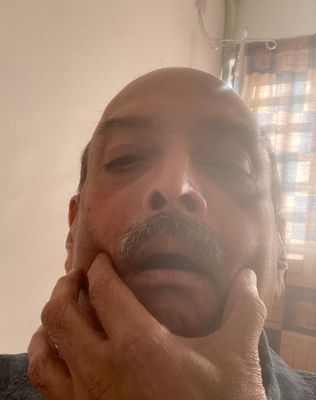 Bruising ordeal: Mehul Choksi at a hospital in Dominica.

On May 23, he left in his car to meet her for dinner. She had been staying in a hotel for some time, and was calling him to discuss over a meal some property she had to renovate at her boss’s instance. He had just recovered from Covid and had not been not going out. That day, he stepped out for dinner.

When did he contract Covid?

Both of us got it in February. My case was very serious and I had to leave Antigua for treatment. He was also unwell for some time. Now we are both vaccinated. Mehul has heart problems, blood pressure and many other ailments; he had not been getting proper medical assistance here. He had moved an application for permission to travel to Miami last year for treatment, but it was denied after objections from India.

There are reports that Barbara was involved in Choksi’s abduction?

From what I have learnt, when Mehul went to pick her up, the door of her house was open. She asked him to come inside, saying she wanted to show him something. As soon as he stepped out of his car, eight to 10 men in blue uniforms caught him. They beat him, blindfolded and gagged him with a plastic sheet, tied him to a wheelchair, and took him to a boat at Jolly Harbour. They told him not to mention Barbara and cooperate with them. He was half unconscious. They gave him electric shocks and took away all his money, watch and bank cards. We don’t know where Barbara is today.

What is your biggest concern?

I want to ask the authorities: are we no longer under the rule of law? This is simply against basic human rights. Even if there is an investigation, there are procedures to be followed. You cannot simply abduct someone and torture him and deport him.

My husband is 63 and needs medical care. How are the Dominican authorities holding him for so long in police custody? Mehul is not an accused in the CBI charge-sheet against Nirav Modi. But still a red-corner notice was issued against him.

Are you planning an appeal in the UK?

I am appealing to the Queen, who is the head of state in Antigua and Barbuda. I will approach international forums against the kidnapping and human rights violations in my husband’s case.

There are reports of two Indian men accompanying Choksi in the boat?

Everyone knows what happened. The boat’s crew included two Punjabi men. I learnt later that one of them was from Birmingham. Since it was a holiday in Dominica when they landed, Mehul was kept in the boat for an entire day. They abused and ill-treated him.

Do you miss India?

Yes, certainly. What I miss most is going to temples, to our guru ji. We used to regularly visit temples at Teen Batti [in Mumbai].

How was your lifestyle in India?

We are religious people and we believed in charity. On December 24, 2017, before we left for Antigua, we opened a girls’ school in Ahmedabad. We also helped establish an engineering college. Mehul is a philanthropist, but now he is being labelled a crook.

Do you wish to return to India?

I want my husband to return to Antigua. I want justice.