Why 'gain of function' research must be stopped: Monali Rahulkar 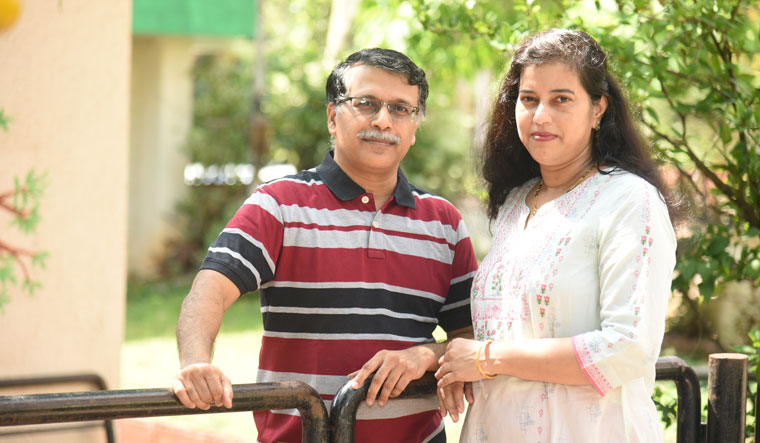 Q/ Was it a lab-made-and-leaked virus?

A/ As of now we do not know for sure if they have used RaTG13 sequence as the backbone for genetic engineering to convert it into a Sars-CoV-2-like virus for their experiments. What we know for sure is that the Wuhan Institute of Virology had a lot of techniques by which they could manipulate a virus sequence into a living virus.

Various publications from this lab prove that such a backbone can be converted into a living virus. The clues are there, but the main proof that such a virus existed is not with us. For foolproof evidence, the scientific community needs on-site and off-site lab records and details of the experiments they carried out.

Q/ If the lab leak theory is found true, it will have a major impact on virology labs across the world.

A/ Yes. There could be severe restrictions if this lab-leak theory actually gets proven to be true. That is why the core scientific community across the world is not supporting the idea of a lab leak at Wuhan.

Q/ The Wuhan lab had for years been engaged in gain-of-function research, which can make viruses deadlier or more transmissible. Is it ethical?

A/ There is no doubt that gain-of-function research is unethical and there is no point in doing it. Why would any government want to give grants to researchers to make potentially pandemic viruses deadlier and transmissible more easily between people? I truly believe that such research should be stopped, even if it is carried out on the justification that it will help us in predicting future pandemics. What is the need, particularly in the case of horseshoe bats that are intrinsically nocturnal? They don't come into contact with humans night or day. Unless we disturb them, they are not going to trouble us. So why invite trouble by stepping into their territory, scoop out their faeces and bring so many samples to the lab? If you do not disturb birds and animals, they will cause no pandemics.

In 2014, after some scientists were found creating primary coronaviruses that could be so lethal that they had the potential for creating pandemics, the Obama administration declared a moratorium on such research. In 2019, the Trump administration signalled an end to the blanket moratorium and funded two controversial experiments to make the bird flu more transmissible.

Some experts suggest that what was happening at WIV cannot be classified under gain-of-function research, but I'm sure it comes very close to that. And who knows, those very bats which have been taken up for research might possess Sars-3 or Sars-4 coronaviruses and will lead to further pandemics in the future. Best to avoid this research completely. Rather than predicting pandemics, this kind of research has the potential to lead to more outbreaks of pandemics.

Q/ What are the features of coronavirus research going on India? Is there a chance of lethal infections emerging from bats we have in India?

A/ The Chinese researchers are doing much more than what we are doing in India right now. In India, most of the ongoing research is on fruit bats. Fruit bats led to the outbreak of Nipah virus in Kerala in 2018.

Horseshoe bats that carry Sars-CoV-2 are very small bats weighing hardly 15gm. The biggest population of horseshoe bats is found in China, which is why the country has been conducting research on them for almost 18 years. Around 22,000 samples from bats and rats have been taken for study at the Wuhan lab.

And even if virology labs in other countries are working on coronaviruses, the lab in Wuhan is the topmost and the most technologically advanced among all. They have genetic engineering techniques with which they create chimeric viruses by taking a spike protein from a certain virus and inserting it in the backbone of another virus. While they have been at it, with minimal safety standards, they clearly did not take into account the disastrous consequences of reverse engineering if something were to go wrong. If you search for a gas leak with a lighted matchstick, there is bound to be a blast.

Q/ Do you think China deliberately unleashed the pandemic on the world?

A/ As of now we do not have solid proof that it was a bio-weapon. As a scientist I think it was more like a sample leak during experiments inside the Wuhan lab for developing a vaccine covering all the different Sars viruses.