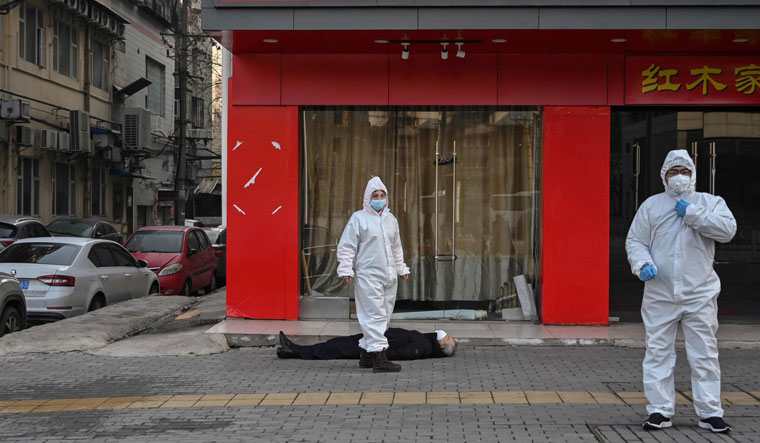 When it all began: A January 2020 photo of health workers checking on an elderly man who collapsed and died on a street in Wuhan, China | AFP

A spillover from nature or a lab-engineered chimaeric escapee? It is Season 2 of the whodunit, as focus shifts back to the origin of the Sars-CoV-2 virus, the villain of the Covid-19 pandemic.

President Joe Biden, outdoing predecessor Trump, has given his secret service a 90-day deadline to "redouble efforts and come closer to a definitive conclusion of the origin of the virus''. What are the chances that spies will uncover that clinching evidence? And how many skeletons that tumble out may have to be discreetly taken away? As the US takes on China in a battle for economic might, its own role in funding research in Wuhan Institute of Virology (WIV) will be up for inspection, again.

A year and a half after the illness was first reported from Wuhan, opinion on its origin remains, at best, an educated guess, with only circumstantial evidence in support either way. The same set of data is regarded by different scientists to arrive at polar opposite conclusions. For instance, as they examine the shape and position of spike proteins in the virus, some see clear signs of a cleavage that is a tell-tale mark of cut-paste work in the lab. The same proteins to other eyes, however, seem naturally positioned. Genetic manipulation is sophisticated today, and the end result could look seamless and natural.

A fresh revelation is a US intelligence report that three workers from WIV needed hospitalisation in November 2019, shortly before the world heard of the infection. There is no information on how close these workers were to viruses, or the exact nature of their ailment. China has denied the report.

A WHO mission concluded, in February, that the virus did not escape from a laboratory. However, the scope of its investigation itself was limited, for lack of cooperation from Chinese authorities. "Neither did they get access to the earliest patients, who would have been a mine of information on the pandemic,'' says Shahid Jameel, director, Trivedi School of Virus Sciences, Ashoka University. 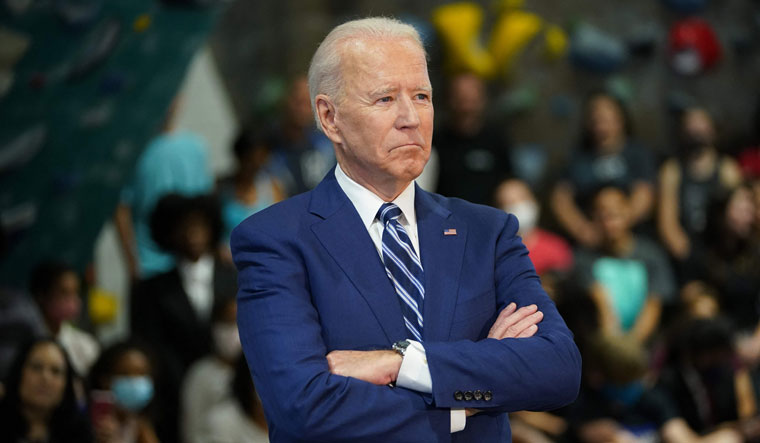 Genetic sequence closest to Sars-CoV-2 is seen in a virus that inhabits the horseshoe bat which lives in eastern China. They are 96 per cent identical. Was the bat virus manipulated in the lab, which is known for "gain-of-function" research? By such research, viruses are tweaked to increase their virulence, transmissibility or immunogenicity.

Or did the virus jump hosts? The stumbling block here is the "missing link'' to account for the 4 per cent of genetic difference. Sars-CoV-2 virus does not have any known ancestor, which is unnatural, as the ancestry of every organism can be traced backwards. Was there an intermediary host in which the ancestor mutated? In Middle East Respiratory Syndrome, camels were identified as intermediary host. For Covid-19, pangolins, which are sold in Wuhan's wet market along with bats, were a prime candidate once, but there wasn't clinching evidence. Where, then, did this mystery virus come from?

Is the absence of established antecedents enough to conclude that the virus was assembled in a petri dish? "Just because a natural ancestor hasn't been discovered doesn't mean it didn't exist,'' says Rakesh Mishra, former director, Centre for Cellular and Molecular Biology. "Unfortunately, finding this missing link isn't going to be easy with the passage of time, as well as China's uncooperative stance. The first confirmed patient was a 55-year-old man, but he was not Patient Zero. So we remain clueless on how the infection was first acquired.''

The lab leak theory finds credence because the first outbreak was reported in Wuhan, where WIV is known to work on gain-of-function experiments, even bio-defence, says W. Selvamurthy, former head of Defence Research and Development Organisation's R&D wing and president of Amity Science, Technology and Innovation Foundation.

The cleavage between the spike proteins, he says, could not have occurred because of natural mutation. The horseshoe bats live in caves 1,800km away from Wuhan and do not fly beyond 50km. "The possibility of the virus jumping to humans, and for those humans to travel all the distance to Wuhan without any symptoms and spread it to the local population and cause an outbreak is remote. The bats, however, were part of the lab's experiments. Thus, a chimaera that accidentally leaked out is the most plausible explanation.'' 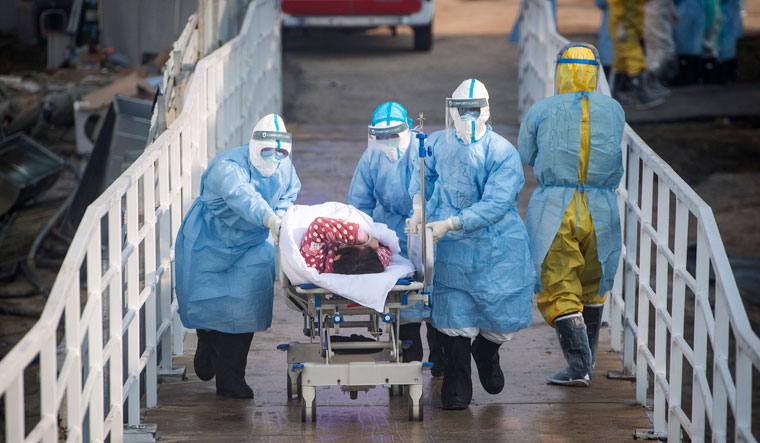 Another hypothesis is that the virus jumped to humans and adapted to the new host without transmitting disease till it developed a mutation that caused greater infectivity. In 2012, some miners fell ill with pneumonia-like symptoms while cleaning a cave of bat poop, and they might have been infected by the bat virus. Since WIV investigated the case, it had samples of the virus. Did those leak? Or was the miners' ailment a fungal infection?

Laboratory accidents happen, concur all scientists, and the chance of an infected worker spreading it outside the premises is possible. But to prove one theory, all other plausible ones need to be disproved. Also, there should be clinching supporting evidence. As one scientist says, if he wanted to create a virus that causes devastation in humans, he would start with a virus known to infect humans, and a bat virus.

In the absence of strong evidence either way, the mystery could continue for several seasons. Will it remain unsolved? Or will it take a hundred years or more for another generation of sleuths to uncover information that China is so jealously hiding today? But, as Jameel says, "It is important to know how the pandemic began, but right now, it is more important to stop it."