Truth about COVID is matter of survival for China's communist rule: Sreeram Chaulia 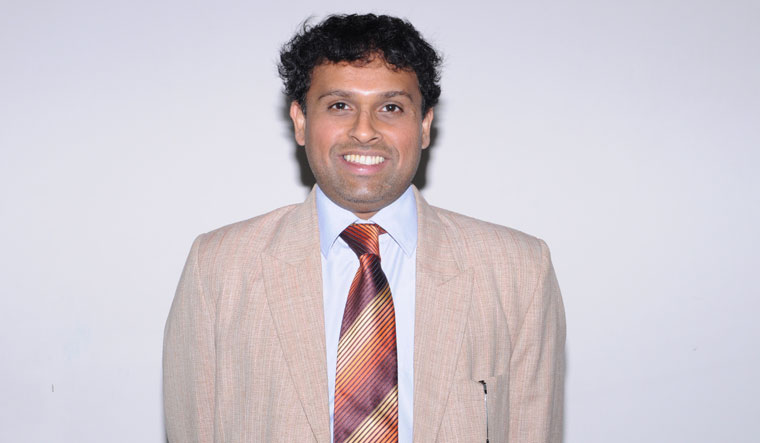 More than one-and-half years have passed since the coronavirus is known to have emerged in central China’s Wuhan city and spread to the remotest corners of the planet. The staggering loss of lives and disruption of livelihoods that this ‘black swan’ or ‘grey rhino’ event has caused is unparalleled in the contemporary history of disasters.

Yet, we remain far from definitive answers on how exactly the virus originated, what factors lay behind its initial dispersal, and which specific institution or entity is primarily responsible for the calamity.

Getting to the truth is not merely a question of scientific curiosity but also imperative for policymakers to avert the next pandemic. It is also about historical accountability for a mass tragedy and a means to find closure to the enormous psychological damage that the pandemic has left in its wake. There can be no real recovery or healing from the crisis unless the mystery of what happened in China in late 2019 or earlier is properly addressed.

Undoubtedly, there have been lapses in several countries, rich and poor, in the way they failed to respond proactively and efficiently to the pandemic as it hit them in repeated waves. But while each nation is grappling with its tragedy and debating what went wrong internally in terms of Covid appropriate social behaviour and governmental preparedness, people all over the world are united in wanting the truth about the virus’ source in China to be unearthed. Seeking a full understanding of what transpired in China is not a diversion from the continuing global health crisis but a deeply felt innate need for humanity to get moral justice and pick up the pieces.

The biggest hurdle to the fact-finding and process-tracing which can yield clarity about the trajectory of the pandemic is the fact that the virus arose in a country that is the antithesis of transparency and trustworthiness. The tight controls over information, data and opinion that are exercised in China by the Communist Party under the domineering leadership of President Xi Jinping are enabled by layers of surveillance, censorship, and punishment.

For Xi, letting Chinese citizens or foreign investigators gain unfettered access to the critical sites, documents and personnel who could unveil where the virus may have first appeared or got cultivated is a political threat. From his perspective, such a process could end up exposing gross failures of the Communist Party’s regulations and safety measures, if not something more sinister.

An uninhibited inquiry into the origins of the virus that follows leads and clues in any direction could undermine Xi’s narrative of China as a supremely efficient and well-governed nation whose system is superior to that of the ‘declining’ West. The Chinese strongman often reminds his vast state and party machinery about the demise of the Soviet Union and argues that ‘ideological confusion’ and openness to alternative views are catastrophic to the very existence of Communist rule.

This is the reasoning behind China influencing the composition of the World Health Organisation (WHO)’s scientific delegation, and then holding up its visit to Wuhan until February 2021. Even the usually ultra-cautious WHO head Tedros Adhanom Ghebreyesus expressed frustration that he was “very disappointed” at China’s stalling tactics.

The only public international investigation that China ultimately allowed was designed as a ‘joint mission’ between the WHO and China, and the report that resulted from this carefully negotiated exercise was unsurprisingly non-committal. It simply noted that all theories of the origins of the virus– the zoonotic jump from animals to humans, the laboratory experimental transmission, and importation from a foreign source outside China– were still on the table and deserved ‘further studies’.

Chinese state media and diplomats deride calls for additional data or more laboratory and hospital records linked to the virus as ‘politically motivated’ attempts by foreign powers to smear China’s reputation. Beijing claims that it stands for ‘scientific’ pursuit rather than sham political inquests. This line conveniently sidesteps the fact that the truth about the virus, whatever it is, is a matter of core political survival for Communist rule, which has entered its eighth decade in China.

At the same time, given the escalating ‘new Cold War’ between China and the United States, it is undeniable that the search for the roots of Covid-19 is a geopolitical hot button. The sensational revelations that point to a possible leak of the virus from a laboratory in the Wuhan Institute of Virology have been the handiwork of American and allied intelligence agencies. If not for periodic disclosures by US spy agencies and the critiques of China by hawkish American politicians, international attention may have drifted from the fundamental issue of how the virus was formed and disseminated.

While the bureaucratic and sovereignty-constrained WHO has failed to achieve much, the freer targeted espionage done by national security apparatuses of Western countries is more penetrating and capable of extracting material that either pins China down or keeps afloat doubts about what China is hiding.

In late May, US President Joe Biden ordered his vast network of intelligence agencies to “redouble their efforts to collect and analyse information” about the genesis of the coronavirus in China. His open announcement of what is a highly sensitive and classified mission is meant to pile up pressure on China and also satisfy domestic political clamour in the US that China must not be let off the hook.

The rallying cry of ‘China lied, people died’ had echoed loudly in 2020 in American domestic politics, as former President Donald Trump was desperate to get re-elected and he was accused by opponents of using the China Covid origins card to cover up his own mismanagement of the pandemic in the US. But now, although the election season is over and the pandemic has abated in the US, there is still a lot of swelling emotion and anger in American society and political circles about what the Chinese government did or did not do in 2019 when the coronavirus started to proliferate.

It is not only Americans who are vexed and disillusioned about China’s role in the origins of Covid-19. Such is the devastating global toll of the pandemic and the darkness about how it all began that multiple private conspiracy theories have circulated throughout the world, alongside the official probes by spooks. The belief that the virus is a biological weapon which has been accidentally or deliberately unleashed is popularly held and widely shared.

China, whose propagandists are out in full force to deflect blame, has joined the melee with counter-allegations that the virus may have been the product of a US biological weapons experiment. But due to the low credibility and over-the-top style of Chinese ‘wolf warrior’ diplomacy, such defensive ripostes have not convinced anyone beyond the Communist Party-managed nationalistic bubble inside China.

If a worldwide opinion poll about the origins of the virus was conducted amid the fog of misinformation and suspicion, China is likely to end up being deemed guilty in most countries. To be sure, China is not paying a price for this negative perception in material terms, as is being demonstrated by its robust economic recovery and growing military footprint. But because it has been so secretive and unwilling to accept any fault whatsoever, the lingering shadow of doubt about Wuhan will taint its claim to lead the post-Covid world order.