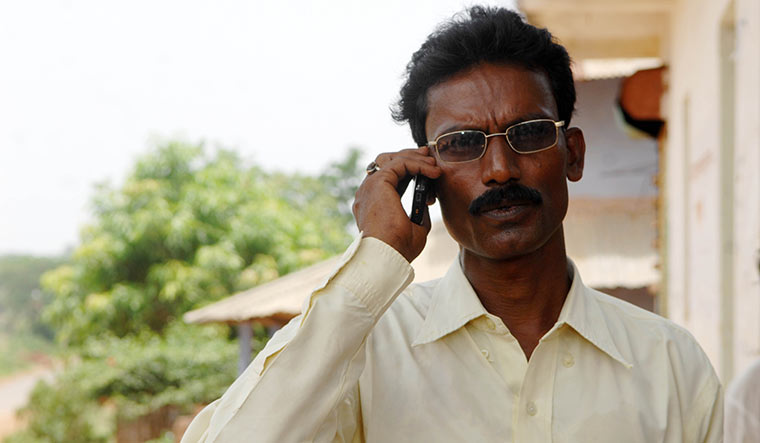 Kurmi leader Chhatradhar Mahato, who was jailed for 11 years on charges under the Unlawful Activities (Prevention) Act, joined the Trinamool Congress when he was released last year. Most Kurmis voted BJP in the 2019 Lok Sabha elections.

He was expected to help Chief Minister Mamata Banerjee regain lost ground in the region. However, the National Investigation Agency arrested him on March 28. THE WEEK spoke to him on the phone hours before the arrest. Excerpts from an exclusive interview:

Q/ How do you see these elections?

A/ I think the TMC will do very well this time. The Lok Sabha [elections] result would be reversed.

A/ That is because the party workers have worked hard and have connected with the people.

Q/ How many of the four seats in Jhargram (Mahato’s region) will the Trinamool get?

A/ All four seats will go to Trinamool. Look at Jhargram and Gopiballavpur, where BJP leaders could not make any impact. The meetings of [Home Minister] Amit Shah and [party president] J.P. Nadda had to be cancelled.

Q/ But they cancelled because they were unable to come.

A/ That is the official version. Actually, the BJP had given false promises in 2019, which the people have understood well.

A/ The BJP’s programme is anti-tribal. They did not understand the ethos and culture of tribal people.

A/ Take, for instance, the rath yatras. That is zamindar (landlord) style. The tribals want to see Lord Jagannath in a rath, not BJP leaders.

Q/ What difference have you made to Trinamool?

A/ A lot of good things have happened. The party had no programme here before I joined. I took out Bangadhwani Yatra and Duare Sarkar (outreach programmes), which worked very well in the western belt.

Q/ The Duare Sarkar programme is mainly about free medical treatment. But poor people have no money to reach hospitals in cities.

A/ True. They do not have the money for that. But they are happy because they have at least received something.

Q/ One possible reason tribals favoured the BJP was the alleged corruption among Trinamool leaders.

A/ Yes, cut money was an issue. But I will say it has reduced. But more than that, the BJP’s tactics were to divide the tribal people.

Q/ Are you referring to the division among Kurmis and Santhals?

A/ Yes. They created that division. So, the Kurmis largely voted in favour of the BJP. [Now that] I have returned, they would not do so.

Q/ But where are the Kurmi candidates in Junglemahal? Even you were denied a ticket in Jhargram.

A/ This is not the time to see what was right and wrong. Our target is to make the Trinamool candidate win.

Q/ The NIA is investigating you.

A/ It cannot face me politically, so it is using a Central agency. Many others are facing the same. Central agencies are being deployed against me. They can attack me.

Q/ But many people are saying that the people who were with you during the class war have become corrupt after joining Trinamool.

A/ Not everyone joined the Trinamool after our movement. Only a few did. The party did not accept most people then. They are with me today. In fact, many of them had worked for the BJP in the 2019 Lok Sabha elections.

Q/ The Trinamool government once called you a rich Maoist.

A/ That was a disturbing period for me. I want to forget that and move ahead.

Q/ The state police had called you a confidant of Maoist leader Kishenji. Yet, you are now in Mamata’s party.

A/ That is also an example of how, in every walk of life, I was heckled and ill-treated. It hurts me even today.