Bengal should have a Centre-friendly government 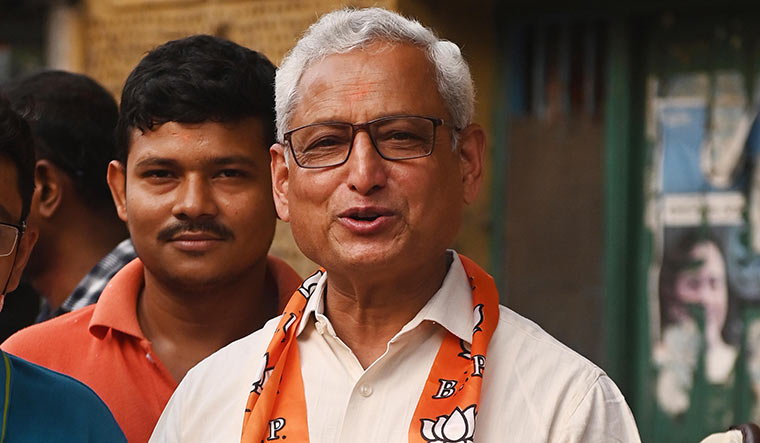 Q/ For the first time in Bengal, a top military officer has joined politics. How did it happen?

A/ I am by birth a Kolkatan. For 40 years, I served the country in a different capacity. As deputy chief of Army staff, [I was] in charge of modernising the Army. I was a company commander in Siachen when trouble took place in the 1980s. I was also a battalion commander in Assam when the insurgency was at its peak and so on… When the BJP’s central leadership asked me to do something for Bengal, I was really excited.

Q/ What role will you play if the BJP wins?

A/ That is for the party to decide. My first goal is to win the election.

Q/ Having returned after so many years, how do you see the state?

A/ Bengal has gone into a state of decay. Security, education, industry and culture, all have been downgraded. Look at health and hygiene. Just see how the people in Kolkata are living in slums all over.

Q/ Who is to be blamed for this?

A/ You need to see it in totality. Funds released for cyclone (Amphan) were siphoned off. There is a terrible nexus of corruption and criminality.

Q/ How safe is Bengal in terms of external security threats?

A/ It is a critical situation. It has taken a long time to make Bangladesh understand how important it is to have a good relation with India. Both prime ministers deserve credit. Bengal needs to protect its ports, the Bay of Bengal and even the Bangladesh border, where there is a lot of cross-border illegal trade of goods and narcotics. Terror is linked to all these, which the state has to realise.

Q/ The BJP has alleged that security is often compromised under the current state government.

A/ Everybody will tell you that. Coercion is common here. The media is stifled in Bengal. We have seen homes in Bengal being used to make bombs.

Q/ Is the BJP going to be tough on this if voted in?

A/ We solved the complex militancy [problem] in the northeast. I am not saying that things would be easy. But we have to have the political will to solve problems.

Q/ You are also an academic (PhD in defence studies). How do you look at Bengal’s academia?

A/ We have degraded our academic institutions. This is not because of lack of merit; people excel when they go out. Today, Bengalis go out to study. It is unfortunate. Education should be the second priority after security.

A/ Places of higher learning have to be built. We have said so in our manifesto. Bengal’s old golden culture has to be revived.

Q/ How have retired Army officers reacted to your candidature?

A/ Most of them are happy, but some also asked me if all this is needed at this age. But, as the opportunity to serve people has come again, I have taken it up.

Q/How are you campaigning amid the second wave of the pandemic?

A/ I have told my party workers to wear masks. The young workers have asked me to take more precautions. I think more than [dealing with] Covid-19, the youth of Kolkata are desperate to bring about change in Bengal.

Q/ Do voters have the same desire?

A/ Of course. Wherever I have visited, I have seen the suffering on their faces. Some of them are living in subhuman conditions in the heart of the city. They want to come out of it.

Q/ How can the Centre help Bengal to solve, as you say, the many problems in the state?

A/ First, you need to have a Centre-friendly government. Politics should take a backseat. Think of the state and its development. There should be subsidised loans for startups. If we win, we will have our own defence sector industrial plan.