Why Naxalbari, the birthplace of Naxalism, has turned saffron 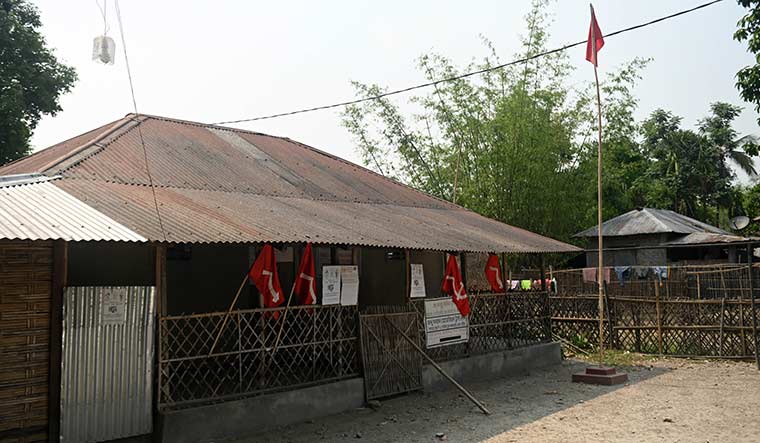 Remnant of the past: The house-cum-party office of former Naxal leader Kanu Sanyal wears a deserted look | Salil Bera

Kotiary is a nondescript village in the Naxalbari block of West Bengal’s Darjeeling district. It is on the Indian side of the Mechi river that borders Nepal. While Naxalbari was well-known for decades for being the epicentre of the Naxal movement, Kotiary came into the limelight because of a high-profile visit in 2017. Union Home Minister Amit Shah, who was then the BJP president, chose to have lunch with a dalit family here. The house is not far from the statues of the Naxal legends.

Raju Mahali and his wife, Geeta, were elated yet nervous when they heard that Shah wanted to lunch in their hut. It was the first such meal that Shah would have with a dalit family in West Bengal. It would be the place from where he launched Operation Lotus in the state; from a region close to the hearts of many liberal Bengalis.

“He wanted to saffronise Bengal from Naxalbari,” said a BJP vice president in Bengal. “He knew that the Naxalbari movement had turned 50 one year before that.” But Shah was not there to celebrate the movement, rather to inflict damage on the ideology.

During the meal, Shah shared a brief conversation with Geeta and Raju. “Perhaps he wanted to talk more. But he could not because of the massive crowd outside. He promised to speak to us later,” said Geeta. The couple never got to speak to Shah again after that, but it was the start of a new life for them. The day after Shah’s visit, Trinamool Congress Cabinet Minister Gautam Deb arrived at the house of the Mahalis for a cup of tea. Deb then took the couple to a local party office and gave them party flags.

The Mahalis had to admit that they were forced to have Shah as a guest. In return, Raju and Geeta were gifted a tin-roofed house to replace their old thatched hut. Moreover, Geeta was given a job with the Home Guards of the West Bengal Police. They earn enough now to send their kids to school. “Life is very beautiful, now,” said Geetha. “All pains of the past have gone away with the visit of a single person. I will feed him again if he comes.”

Chief Minister Mamata Banerjee may have countered Shah’s visit to Kotiary, but she could not stop the saffron wave from engulfing Naxalbari. As one enters the district, this cannot be more evident. The BJP has big party offices and booth offices, and there are large cut-outs of its leaders all over Naxalbari. The BJP had won from the Darjeeling constituency in the 2019 Lok Sabha election.

The BJP has spread its roots in almost every block of North Bengal. “We grew as a result of Mamata’s behaviour. She could not hold us back,” said Praveen Agarwal, BJP’s district president.

THE WEEK met Shanti Munda, the only surviving leader of the Naxal movement. With bows and arrows, Munda had killed several policemen in the late 1960s. The octogenarian admits that Naxalbari is now a BJP stronghold. “Whom should we blame for this except our own fate?” she said. “I never thought in my lifetime I would have to see an alliance of communists and the Congress. I feel sorry for the Marxists in Bengal. They never thought of the basic foundation of communism. Can a communist ally with a party which is a class enemy?” 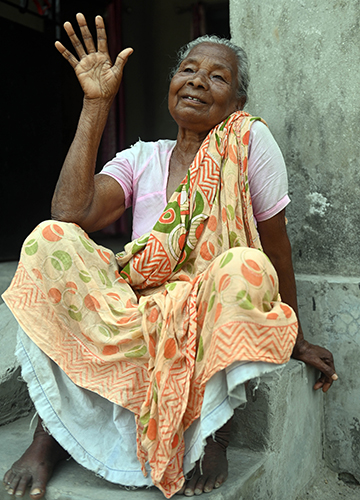 This will be the first election in Naxalbari where no major communist party has fielded a candidate. The united front of the CPI(M), the Congress and the Indian Secular Front has fielded Congress candidate Sankar Malakar, the incumbent MLA, in this seat. Neither the CPI-ML (Liberation), Munda’s own party, nor any other offshoot organisation has put up a candidate. Munda finds this situation ridiculous. “How can I support a Congress man? No way,” she said.

The CPI-ML (Liberation) and other mainstream Naxal parties have asked their cadre to support a non-BJP candidate in Naxalbari. But the local leadership has come together and decided to reject the decision of their politburos and central committees.

“We would in no way accept the decision of our central leadership. To oust the BJP does not mean that we need to support the TMC. So, we have issued instructions to our party men to use NOTA this time,” said Nathuram Biswas, state committee member, CPI-ML (Janashakti), and resident of Naxalbari. Biswas was a child activist during the Naxalbari movement.

Biswas said the central communist leadership did not understand that Naxalbari communists cannot support the Congress, which represented the landlords in the 1960s and 1970s. In 2016, the CPI(M) and the Congress had a tacit political understanding. “But this time, every communist party is supporting the Congress. In fact, they are not averse to the idea of voting in favour of the TMC to check the BJP. Such a horrendous decision has paved the way for a huge saffron presence in Naxalbari,” said Biswas.

Munda said she had received a letter from a top Naxal leader, in which he said the BJP was a serious threat to the working class and that the TMC was “anti-people”. “However, the letter is silent about TMC’s and Congress’s anti-class policies,” said Munda. “If you see the programme and policies, there is little difference between the Congress, TMC and BJP. I am not well. But if I go to the polling booth, I will not vote NOTA.”

The local leadership of another Naxal party, CPI-ML (Red Star), also said that they would not vote NOTA. “I do not want to waste my vote. So, I would prefer to vote against the BJP,” said Gour Baidya, Darjeeling district secretary of CPI-ML (Red Star). “We cannot tolerate saffron ideology at the heart of the communist movement in India.”

The place that inspired many communists around the world seems to have lost every last remnant of the ideology. So, does that mean that the movement against landlords was a fruitless exercise? Biswas nodded and said: “This place is no different than the rest of India. Communists are on the back foot because we do not have money and muscle power. The BJP has defeated us with their resources.”

Naxalbari has a population of tribals, and Gorkhas as well who speak Nepali. “The BJP’s control over the Nepali-speaking people is the highest,” said Biswas. “During the Ram Janmabhoomi movement in Ayodhya in the 1990s, Gorkhas participated in L.K. Advani’s Rath Yatra. This increased manifold during Modi’s inauguration of the temple [construction].”

Baidya said the biggest failure of the communists was that they could not come up with a parallel development policy to attract the youth. “In Naxalbari, communist parties had no programmes,” said Baidya. “They only do their organisation during election season. The BJP is different as they targeted this region long ago. Where are the new programmes of the communists and Marxists here?”

Biswas agreed and said: “Even the RSS has a better network in Naxalbari than us. The RSS has been working in this area for long. Today, such an investment is paying dividends for the BJP.” Over the last few years, the RSS has opened schools in Naxalbari.

“We have a leader like Dilip Ghosh who worked wonders across North Bengal,” said Agarwal. “Dilip da spread the organisation at the ground level.”

That the BJP base in Bengal was built by former leftist workers is evident in Naxalbari as well. The house-cum-party office of the former Naxal leader Kanu Sanyal has remained closed in Hatigisha village of Bengaijote area, since his death in 2010. There are communist flags around the old party office, which has been turned into a memorial for the now-defunct CPI-ML. Except for that house, BJP workers have draped the entire village with saffron flags.

“We would never allow the house of Kanu Sanyal to be wrapped with saffron flags,” said Debkumar Adhikari, BJP’s Naxalbari block president. “We will spare him so that we can highlight this to generations to come and tell them that such a cruel man was born here.”

As we moved further into the constituency, we met Suniti Biswakarma, whose brother-in-law was the first peasant killed in the police firing that ignited the revolution. To protest his death, Suniti also took up arms in the late 1960s. She was also a rebel, though not at the leadership level.

Suniti said the election this year was very tragic. “Today, we have understood that the revolution was useless,” she said. “Men like Charu Majumdar, Jungle Santhal, Kanu Sanyal, Khokon Biswas and Khudan Mallick wanted to change the plight of the poor. Their attempt fell flat and was crushed by the Congress.”

So, will she vote? “Yes,” she said. “Come what may, I will definitely stand in the queue. Not for Congress, the class enemy, nor for Mamata, who brought the BJP. I will cast my vote for NOTA. Our leaders would have killed themselves seeing the politics today.”

When reminded that Kanu Sanyal had in fact died by suicide ten years ago, she concurred. But on hearing Sanyal’s name, her eyes welled up. She wiped her tears with the end of her sari and went back into her home. Naxalbari may be embracing the BJP, but the old-timers are upset.