The D Company has metamorphosed into white-collar businesses 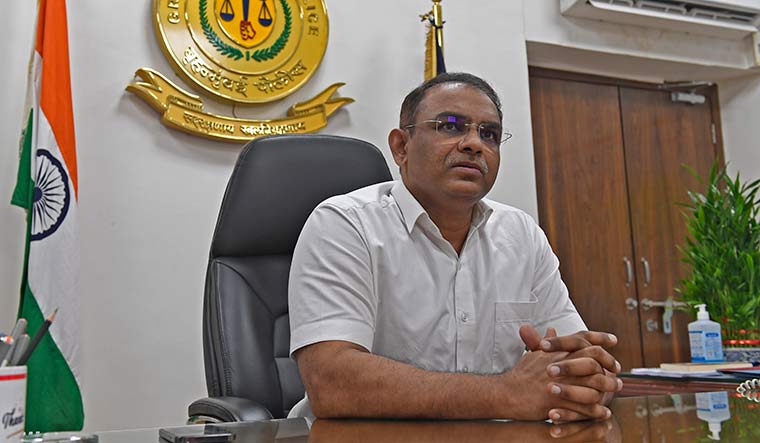 Does Dawood Ibrahim still hold sway in Mumbai? Can you elaborate on his latest operations?

In the 1980s, Dawood Ibrahim left India and started a gang in Dubai. Later, most of his gang in Mumbai got killed or cases under the 1999 Maharashtra Control of Organised Crime Act (MCOCA) were registered against them. In 1993, when the Mumbai blasts happened, Dawood took refuge in Pakistan and the Inter-Services Intelligence (ISI) supported him. After Dawood moved to Pakistan, his close aides Chhota Shakeel, Anis Ibrahim Kaskar and Mustaquim Ali Kaskar started operating on his behalf in India.

After the 1993 blasts, Shakeel threatened real-estate businessmen in Mumbai. By the late 1990s, he had a grip on Bollywood. Dawood and his associates also threatened businessmen in Gujarat, [especially] Surat.

Today, the two main associates of Dawood are Shakeel and Fahim Machmach. They are the Indian and international faces of the D Company. Other active associates are Dawood’s brother Anis, who is in charge of the gutka business and paper factories and is involved in printing large amounts of fake Indian currency notes in Pakistan. Mustaquim is learnt to be handling the import-export business and the drug racket from Dubai.

We also have information that Javed Chikna, an accused in the 1993 blasts, is in Karachi. He handles drug deals on behalf of Dawood in South Africa. Another aide, Jabir Motiwala, is in the custody of the London Police in a narcotics case. The US is trying to extradite him from the UK.

In the past 15 years, Mumbai has not witnessed [such] shootings. The last shooting related to the D Company was in 2001, when Anis’s gang attacked a builder, Manish Dholakia. Dholakia’s bodyguard was shot dead. Four of Anis’s associates have been arrested in the case.

The Mumbai Police nabbed Dawood’s nephew Rizwan Kaskar, the son of Iqbal Kaskar, in 2019. In December 2020, [Dawood’s aide] Abdul Majeed Kutty was arrested from Jharkhand in a case related to explosives sent by Dawood to carry out blasts in Gujarat and Maharashtra. Some gangsters based abroad are continuing anti-national activities.

Q/ Any complaints from Bollywood stars about threats from Dawood?

A/ We have no complaints from Bollywood stars on threats from Dawood or the D company. In December 2019, gangster Prasad Pujari had issued a threat against a Shiv Sena leader and there was a firing incident allegedly by the gangsters linked to Pujari who is outside the country. However, no formal complaint of D company members threatening anyone in the Bollywood fraternity has come to the notice of Mumbai Police.

However, there is information on Dawood and his core team outsourcing their activities and getting into white collar business to leave no trace of evidence of their criminal or anti-national activities.

How many cases have been registered against Dawood, and what is the status of the investigations?

There are around 30 cases pending against Dawood, and around 80 cases against Shakeel and Machmach. Dawood has been convicted and sentenced in only one case so far. Cases are pending because he is hiding abroad.

How big is Dawood’s empire today?

Dawood’s business interests today stretch from Africa and Europe to Asia. The D Company has multiple verticals such as narcotics, real estate, fake currency and firearms. Dawood’s associates like Javed Chikna run international syndicates with the help of the ISI.

Dawood has passports issued under different names. Some have expired; some have not. The D Company continues to be a potent threat, as it has metamorphosed into white-collar businesses. It has links with Pakistan-based terror outfits like Lashkar-e-Taiba and Jaish-e-Mohammed.