The difficulty of staying woke

Recently, I needed to wake up earlier than usual; in the morning, instead of the whimsical moment that would seem right to me. Since I work the evening shift, I have no reason to see the sun. This absence of habit meant I would have to set an alarm. But, like my natural sleep cycle, even an alarm would prove insufficient.

Do bear with my laboured thought process here, because my quest to find the perfect alarm could benefit alarm clock manufacturers, app developers and serial procrastinators worldwide. Spare a thought also for those encountering what the University of California, Davis calls ‘coronasomnia’—the phenomenon of people struggling to sleep amid this unending tirade of bad news, broken routines, and digital screens. For those with upset sleep cycles, a successful ‘alarming’ may break the pattern.

That said, I set alarms every day of my life. They go unheeded. Alarms go off around me with the same frequency and indifference as the sun that rises and sets without my interference. I either snooze them or let the music play.

I needed heavy weaponry: The ShakeIt Alarm app, which makes you vigorously shake your phone until it stops ‘alarming’ you. For years, it was my mainstay torture-myself-until-I-wake-up technique. But, strangely, I could not find it among my apps.

Where was it? And for that matter, why was I not using it every day? Its absence seemed odd.

Oh, came the disappointed realisation. I had uninstalled it one morning, when my laboured consciousness found an easier alternative to shaking my phone to silence. 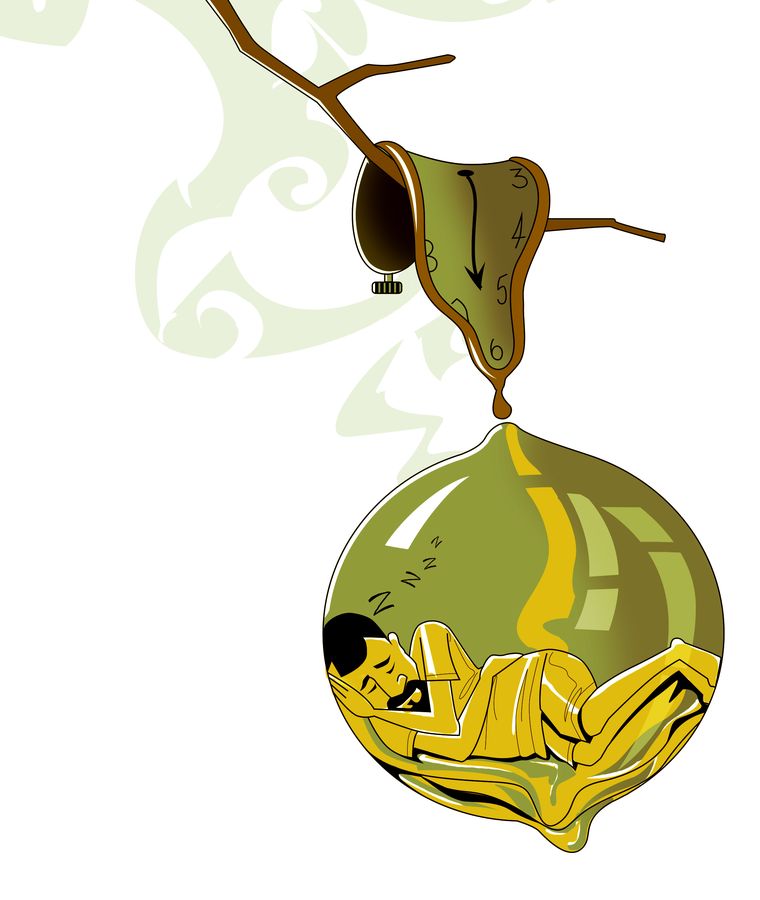 This was not the first time I had uninstalled an alarm instead of actually heeding it. Many years back, I had tried an alarm app that forced me to solve math problems before it would turn off. However, my waking self, though not sentient enough to know the value of an early start, did have enough brain cells to uninstall an app instead of pondering calculations. I skipped the math to take that nap.

Now, math alarm apps may still work, but if your muscle memory can have you uninstall them whilst you are but barely awake, you will need alternatives.

My options were to increase the complexity of the tech or go retro. I decided to try both.

The retro option is the traditional physical alarm clock: It rings, you hit it, it stops ringing. While not ground-breaking, it has its benefits—your first sight in the morning will not be your smartphone and its minefield of social media rabbit-holes.

Psychologists have increasingly argued that your phone should not be part of your waking routine. Says Ms Jwala Narayanan, a neuropsychologist at the Green Oak Initiative and at Manipal Hospital, “There is a need to distance ourselves from our smartphones—both before and after sleep. We all spend far too much time on our phones...Having an external alarm would help declutter from the phone, it is easier for the mind to associate the alarm with a specific event (like getting up) rather than the other notifications that would also come on your phone.”

She adds, “A separate alarm clock decreases the chances of you spending more time than you need to—you may take the phone to turn off the alarm but might end up spending the next ten minutes on social media feeling bad about the beautiful beach holiday someone else may be posting about.”

In total, she identifies three benefits to having a separate alarm clock:

1. It helps you declutter from your phone.

2. It improves better association with the event/task and hence increases the possibility of you completing the task. The suggestion is to pair the alarm clock with something important to get things done.

3. It improves efficiency and reduces unnecessary multi-tasking (which is not very good for the brain).

There may be other factors at play. One Amazon review of a physical clock even said that “due to the radiation I can’t keep my mobile near to me”. Thus, 5G-sceptics have an ever-increased cause for worry and may prove a lucrative market for alarm clock makers. Incidentally, as per 360 Reports, the worldwide market for electronic alarm clocks is expected to grow at a CAGR of roughly 4.5 per cent over the next five years and will reach $190 million in 2024.

However, a base alarm clock may no longer cut it. Sure, the good old Casio of my school days did wake me with a frequency that made me dread the beep-beep-beep-beep that signalled yet another day to be spent unwillingly upon this mortal coil. But my procrastination has increased in sheer wiliness and willpower. I would strike it and go back to sleep.

I searched Amazon for intriguing physical alarm clocks and found many. Alarms that project the time onto the ceiling (effective at night, not so much in daytime). A ‘sonic bomb’ alarm that promises to shake the unholy hell out of you and your bed if you do not deactivate it. Even a basketball shaped alarm that forces you to sink a tiny hoop to make it stop. To wake us, the lazy generation, we now have projectors, vibrating ‘bombs’, and forced basketball try-outs.

But, do phones have other means of getting us, at the very least, out of our beds?

Googling this, I found the existence of comrades who, like me, tended to uninstall their alarm apps.

Through them, I found the NFC technique. Buy an NFC tag for a couple hundred rupees on Amazon and download an NFC Alarm Clock. Link the two and keep your tag in another room. To disable the alarm, you need to go to that room and tap the NFC tag to the phone—hopefully forcing you awake by virtue of making you leave your bed.

Should this fail, I could always try ALARMY—which, with uninstall prevention, dubs itself the world’s “most annoying” alarm app. In this war against myself, it helps to prepare
to fail.

Call it gallows humour, black comedy, Soviet jokes: Mirth often stems from dark circumstances. In March, Omar Abdullah shared a meme featuring a dejected photo of him along with the caption: “When you spend 236 days in lockdown, and on the day you get out, the govt imposes 21-day national lockdown.” The meme was, of course, referring to his lengthy house arrest, to which Omar added: “These are serious & scary times so a little humour doesn’t hurt.”

Take Alexei Navalny—poisoned with Novichok and feared dead, he sprang back to life with his sarcasm intact after spending weeks in a hospital. He tweeted about the joys of breathing without a ventilator: “It’s a remarkable process that is underestimated by many. Strongly recommended.”