The perks of being a wallflower

The lockdown was a godsend for introverts. Or was it?

The moment our prime minister and his soon-to-be glorious beard announced a nationwide lockdown on March 24, a lot of Indians went into panic mode. A pandemic was upon them and they would be caged in their homes for God knows how long. Obviously, they started asking themselves the important questions in life. Could you separate the alcohol from hand sanitisers? Does going to the terrace count as wanderlust? Would buying 50 kilos of onions make you a hoarder? And, finally, if the concept of thermal guns was always around, why had doctors been, all this while, violating our orifices?

While they were fretting, and furiously whipping up dalgona coffees, many others were popping the bubbly. For, you see, the introverts of the world have been socially distancing all their lives. They had got it down to a science and this was their chance to publish a paper.

The excuse they were looking for all their lives had fallen into their laps. No more feigning headaches to get out of going to the cinema with that annoying colleague who, for some reason, is still excited about The Fast and the Furious series. No more popping on your headphones to avoid small talk in public, no more of being dragged to the latest eatery that your friend describes as having the most “amazing” fusion of Italian and Tamil cuisine. “They put beef fry on pizza, dude!”

Having mentally slayed such demons, the wallflowers retreated to their Covid coves, eager to discover new reading nooks in the home they had built with much love, but got surprisingly little time to enjoy.

Some even planned to emulate introvert idol Emily Dickinson, who was famous as a poet, recluse and, maybe less so, a baker. While not talking to death for her verses, she would lower baskets of bread to neighbourhood children from her window. She also, according to legend, skipped her father’s funeral, opting instead to hear the service from her upstairs room. So, maybe not the best role model. 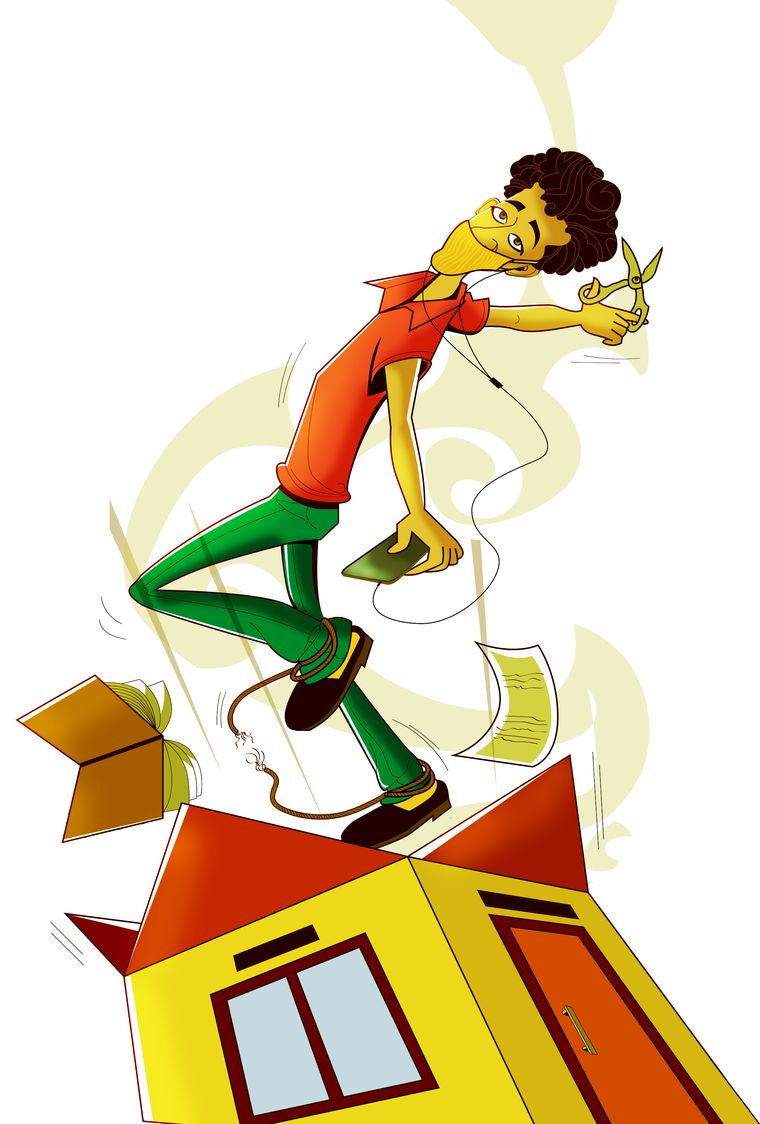 Regardless, the introverts set the mood, and the next few days flew by, leaving in their wake a puff of contentment. Many podcasts were discovered, some cleaning agents, too. Whole sitcoms were devoured; some pizzas, too. Yoga was still too cumbersome for some, but, overall, the body was rested, the mind was at ease.

Then the next few days arrived. And with them came a realisation.

Those trapped at home with others, even family, soon found that their alone time had gone poof. Me time became we time, and we time was torture. The lone wolves realised that they needed time away not only from the outside world, but also from their pack. They suddenly had flashbacks to their days of teen angst, when in a fit of rebellion, they had threatened to leave their “overbearing” parents and venture out solo.

Then, predictably, the extroverts had a bright idea. They discovered an app called Zoom (how did Skype drop the ball on that one?) and soon life was reduced to a cluster of low-definition rectangles on a screen. Meetings were organised with much gusto, and the poor introvert had no excuse to offer. “The office has given you a laptop and internet. Anyway, what other plans do you have?”

Even friends made Zoom plans to celebrate random events of varying importance. It was their way of flipping off the virus, by bringing the outside world inside. It was like being a panellist on the news. Unfortunately, with less shouting and more participation.

This was also the time introverts finally used the video calling option on WhatsApp (surprising quality, to be honest).

What made matters worse was that Zoom was more draining than physical interaction. With dodgy internet connections, the tone of the speaker gets muddled. Add to that the absence of body language, and the person has to strain more to understand the speaker. Hence, draining.

But it was not only the extroverts encroaching upon their territory that worried the introverts. A study from Australia, monitoring 114 introverts, concluded that they “tended to report heightened depressive symptoms and anxiety following the implementation of Covid-19 social distancing and lockdown measures”.

A lot of introverts are also known to be highly sensitive, with some even absorbing and mirroring the emotions of others. Given the disaster-a-day year we are currently having, their hearts must be like the tar-filled sponge from the pre-trailer ad at the cinema.

So, perhaps, lockdown was not the bed of roses that they had hoped for. Maybe there was indeed a pea under the twenty mattresses and the princess could not get her forty winks.

It was a slap to the face. And as they caressed their bruised cheeks, it dawned on all the loners: As with a stripper on a pole, life was all about balance. It is not that introverts did not enjoy the company of others, it is just that they needed alone time to recharge themselves. Sitting alone all the time had overcharged their batteries and, like in phones from the 2000s, their performance was being affected.

Perhaps the occasional walk would not hurt at all. Perhaps talking to the annoying building secretary would build much-needed camaraderie. Perhaps the world outside was to be let in, once in a while, for you to enjoy the solitude even more. After all, trite as it may sound, there is no light without darkness.

Note one: This writer wanted to talk to a handful of other introverts for this piece, but by their very nature, they are an elusive lot.

Note two: This writer checked his privilege while writing this piece. Unfortunately, he forgot to double-check.

A star is torn

Ryan Reynolds, handsome man and self-aware actor, put up this gem of a sentiment on Instagram in March. Taking on celebrity culture and the symbiotic relationship between fans and stars, Deadpool/Green Lantern professed: “In times of crisis, I think we all know it is the celebrities that we count on most. They are the ones who are going to get us through this. Right after health care workers, first responders, people working essential services, ping-pong players, mannequins, childhood imaginary friends, like 400 other types of people.”

Snark, thy name is Reynolds.