Justice Barrett should recuse herself from matters involving the 2020 election 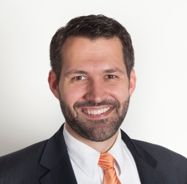 Can the supreme court be involved in an election in the manner suggested by President Trump?

The supreme court will never directly decide the winner of an election, although its decisions about which ballots can be counted or not could contribute to the outcome.

Should the judges appointed by Trump recuse themselves?

The recusal rules do not apply to the supreme court. Each justice gets to decide whether to recuse from any case. Historically, justices have not recused themselves from cases involving the president that appointed them, but the case of Justice Amy Coney Barrett is unique. She was nominated by Trump just 35 days before the election, and he said her nomination was necessarily specifically to weigh in on the election in his favour. She did not create a conflict of interest, Trump did. But there is a conflict, and I believe Justice Barrett should recuse herself from any matters involving the 2020 election. By recusing, she will not only protect the legitimacy of the supreme court, but also her own legacy.

What happens if Trump refuses to accept the outcome of the election?

There is a point at which the power to choose the president ends up with the Congress. When that happens, there are constitutional directives on how a president is to be chosen. Should the presidential election not present a clear winner by electoral vote, then it is up to the house of representatives to choose the next president. In any case, according to the 20th amendment of the constitution, the president’s term ends at noon on January 20, 2021.