Border tension is a manifestation of larger issues

Interview with founding president of the Ladakh International Centre, Leh 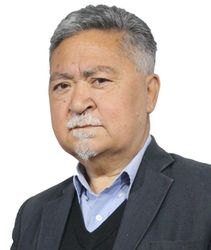 What has happened in Galwan valley is a result of many factors. But the main question is whether it was China’s pre-planned mischief or just an incident at the local level that spiralled out of control.

This must be seen against the backdrop of previous such incidents since the 2017 Doklam standoff. The pain from that episode had not been forgotten, and the tension during the three-month-long standoff has lingered on despite the mutual de-escalation. Second, there has been a massive build-up of troops and infrastructure from both sides in eastern Ladakh. There was, hence, every possibility of an intense face-off taking a violent turn.

To claim that 20 Indian soldiers died in unarmed combat, and that no bullets were fired, will be to once again ignore stark realities. The clash took place at Patrolling Point 14 on the Indian side of the Galwan region, where the Chinese sit at a height. Despite the understanding reached on June 6 for disengagement, the Chinese PLA backtracked.

There has been a breach of trust once again. Is it a breach of the 1993 bilateral agreement or the 2013 border defence cooperation agreement? An inquiry will take place to ascertain this, but the fact is that the June 6 agreement has not been handled properly by both sides.

The Chinese PLA has been sitting in Galwan valley publicly claiming the territory. The Indian foreign ministry was taking a quiet, conciliatory position until this incident. This leaves one confused as to who is causing the problem then.

The border dispute seems to have occurred because relations between India and China have gone sour in the last few months. Covid-19 has only sharpened the differences.

When we talk of engaging China, a question that arises is whether India’s US policy has changed. If that has happened, then the balancing strategy has been disturbed and the border skirmishes are a manifestation of New Delhi rubbing Beijing the wrong way. India is seen as moving away from its non-aligned policy while speaking America’s language on key issues like the spread of Covid-19, Indo-Pacific issues, Taiwan and so on. We seem to be more tilted to the west than towards China.

Xi Jinping and Modi have shared a good equation, then why has there been a flare-up at this level? It could also be an attempt by the Chinese to show the US that it can open multiple frontiers if it interferes in Beijing’s military plans in Taiwan. China’s stakes are higher in Taiwan than with the Indian boundary dispute.

Clearly, the tension on the border is a manifestation of larger issues. It could also be part of China’s south Asia policy to project India as the big bully, after the abrogation of Article 370. What has also missed our attention is the complete neglect of Ladakh, while Jammu and Kashmir was busy sorting its own problems of militancy and terrorism. China, on the other hand, has been trying to make inroads in Ladakh gradually.

Ladakh has been facing these kinds of situations for centuries with Tibet—over border issues, pastureland rights, trade disputes and the like. But no efforts have been made to understand the genesis of the problem from a historical perspective. The fact that the Galwan incident has gone out of control calls for introspection.

The situation in Ladakh could escalate or de-escalate. India should keep all options open. Of course, the military war option is one that India should be ready for. But attempts should be made to continue with the disengagement process despite the clash on June 15.

—As told to Namrata Biji Ahuja.

P. Stobdan is a leading strategic thinker and founding president of the Ladakh International Centre, Leh.